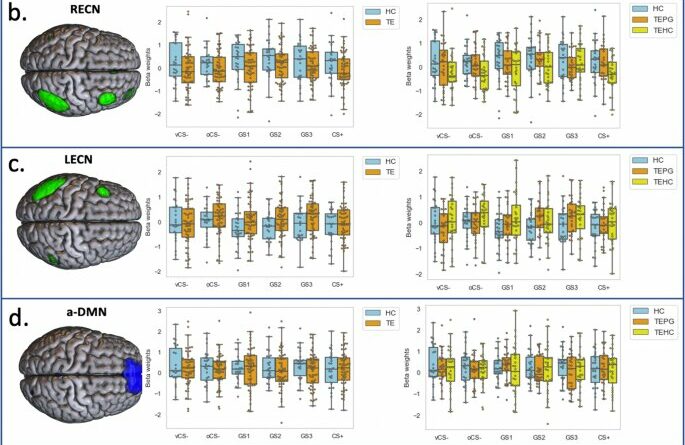 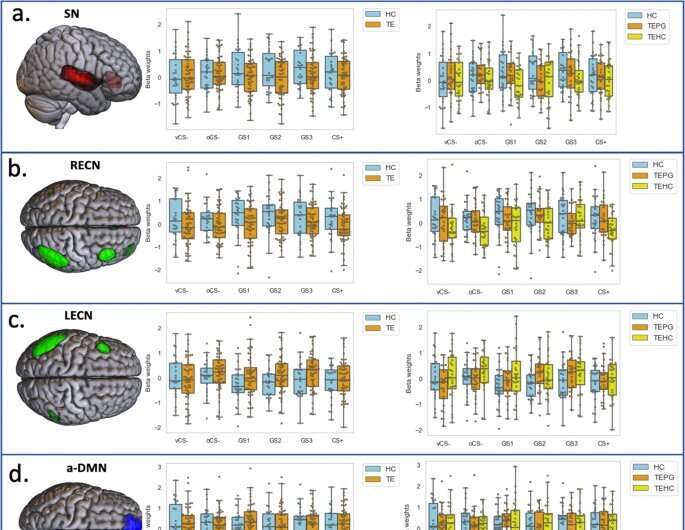 Exposure to trauma can be life-changing—and researchers are learning more about how traumatic events may physically change our brains. But these changes are not happening because of physical injury; rather, the brain appears to rewire itself after these experiences.

Understanding the mechanisms involved in these changes and how the brain learns about an environment and predicts threats and safety is a focus of the ZVR Lab at the Del Monte Institute for Neuroscience at the University of Rochester, which is led by assistant professor Benjamin Suarez-Jimenez, Ph.D.

“We are learning more about how people exposed to trauma learn to distinguish between what is safe and what is not. Their brain is giving us insight into what might be going awry in specific mechanisms that are impacted by trauma exposure, especially when emotion is involved,” said Suarez-Jimenez, who began this work as a post-doctoral fellow in the lab of Yuval Neria, Ph.D., professor at Columbia University Irving Medical Center.

Their research, recently published in Communications Biology, identified changes in the salience network—a mechanism in the brain used for learning and survival—in people exposed to trauma (with and without psychopathologies, including PTSD, depression, and anxiety).

Using fMRI, the researchers recorded activity in the brains of participants as they looked at different-sized circles—only one size was associated with a small shock (or threat). Along with the changes in the salience network, researchers found another difference—this one within the trauma-exposed resilient group. They found the brains of people exposed to trauma without psychopathologies were compensating for changes in their brain processes by engaging the executive control network—one of the dominant networks of the brain.

“Knowing what to look for in the brain when someone is exposed to trauma could significantly advance treatments,” said Suarez-Jimenez, a co-first author with Xi Zhu, Ph.D., Assistant Professor of Clinical Neurobiology at Columbia, of this paper. “In this case, we know where a change is happening in the brain and how some people can work around that change. It is a marker of resilience.”

Adding the element of emotion

The possibility of threat can change how someone exposed to trauma reacts. Researchers found this to be the case in people with post-traumatic stress disorder (PTSD), as described in a recent study in Depression & Anxiety. Suarez-Jimenez, his fellow co-authors, and senior author Neria found that patients with PTSD can complete the same task as someone without exposure to trauma when no emotion is involved. However, when emotion invoked by a threat was added to a similar task, those with PTSD had more difficulty distinguishing between the differences.

The team used the same methods as the other experiment—different circle sizes with one size linked to a threat in the form of a shock. Using fMRI, researchers observed that people with PTSD had less signaling between the hippocampus (an area of the brain responsible for emotion and memory) and the salience network (a mechanism used for learning and survival).

They also detected less signaling between the amygdala (another area linked to emotion) and the default mode network (an area of the brain that activates when someone is not focused on the outside world). These findings reflect the inability of a person with PTSD to effectively distinguish differences between the circles.

“This tells us that patients with PTSD have issues discriminating only when there is an emotional component. In this case, aversive; we still need to confirm if this is true for other emotions like sadness, disgust, happiness, etc.,” said Suarez-Jimenez. “So, it might be that in the real-world, emotions overload their cognitive ability to discriminate between safety, danger, or reward. It overgeneralizes towards danger.”

“Taken together, findings from both papers, coming out of a … study aiming to uncover neural and behavioral mechanisms of trauma, PTSD and resilience, help to extend our knowledge about the effect of trauma on the brain,” said Neria, lead PI on this study.

“PTSD is driven by remarkable dysfunction in brain areas vital to fear processing and response. My lab at Columbia and the Dr. Suarez-Jimenez lab at Rochester are committed to advance neurobiological research that will serve the purpose of development new and better treatments that can effectively target aberrant fear circuits.”

Suarez-Jimenez will continue exploring the brain mechanisms and the different emotions associated with them by using more real-life situations with the help of virtual reality in his lab. He wants to understand if these mechanisms and changes are specific to a threat and if they expand to context-related processes.