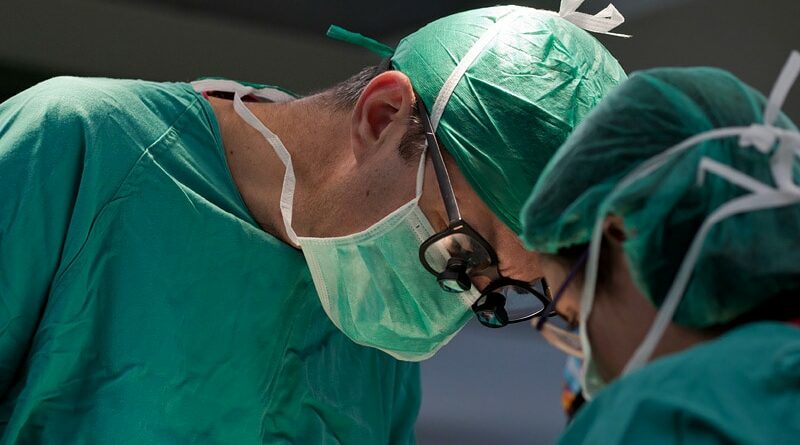 The antifibrinolytic tranexamic acid (TXA) reduced serious bleeding without a significant effect on major vascular outcomes in patients undergoing noncardiac surgery at risk for these complications in the POISE-3 trial.

The primary safety outcome of myocardial injury after noncardiac surgery (MINS), uses of dexamethasone nonhemorrhagic stroke, peripheral arterial thrombosis, and symptomatic proximal venous thromboembolism (VTE) at 30 days occurred in 14.2% vs 13.9% of patients, respectively (HR, 1.023). This failed, however, to meet the study’s threshold to prove TXA noninferior to placebo (one-sided P = .044).

There was no increased risk for death or stroke with TXA, according to results published today in the New England Journal of Medicine.

Principal investigator P.J. Devereaux, MD, PhD, Population Health Research Institute and McMaster University, Hamilton, Ontario, Canada, pointed out that there is only a 4.4% probability that the composite vascular outcome hazard ratio was above the noninferiority margin and that just 10 events separated the two groups (649 vs 639).

“Healthcare providers and patients will have to weigh a clear beneficial reduction in the composite bleeding outcome, which is an absolute difference of 2.7%, a result that was highly statistically significant, versus a low probability of a small increase in risk of the composite vascular endpoint, with an absolute difference of 0.3%,” a nonsignificant result, Devereaux said during the formal presentation of the results at the hybrid American College of Cardiology (ACC) 2022 Scientific Session.

The findings, he said, should also be put in the context that 300 million adults have major surgery each year worldwide and most don’t receive TXA. At the same time, there’s an annual global shortage of 30 million blood product units, and surgical bleeding accounts for up to 40% of all transfusions.

“POISE-3 identifies that use of TXA could avoid upwards of 8 million bleeding events resulting in transfusion on an annual basis, indicating potential for large public health and clinical benefit if TXA become standard practice in noncardiac surgery,” Devereaux said during the late-breaking trial session.

TXA is indicated for heavy menstrual bleeding and hemophilia and has been used in cardiac surgery, but it is increasingly being used in noncardiac surgeries. As previously reported, POISE showed that the β-blocker metoprolol lowered the risk for myocardial infarction (MI) but increased the risk for severe stroke and overall death, whereas in POISE-2, perioperative low-dose aspirin lowered the risk for MI but was linked to more major bleeding.

The cumulative data have not shown an increased risk for thrombotic events in other settings, Devereaux told theheart.org | Medscape Cardiology.

“I’m a cardiologist, and I think that we’ve been guilty at times of always only focusing on the thrombotic side of the equation and ignoring that bleeding is a very important aspect of the circulatory system,” he said. “And I think this shows for the first time clear unequivocal evidence that there’s a cheap, very encouraging safe way to prevent this.”

“An important point is that if you can give tranexamic acid and prevent bleeding in your cardiac patients having noncardiac surgery, then you can prevent the delay of reinitiating their anticoagulants and their antiplatelets after surgery and getting them back on the medications that are important for them to prevent their cardiovascular event,” Devereaux added.

PeriOperative ISchemic Evaluation-3 (POISE-3) investigators at 114 hospitals in 22 countries (including countries in North and South America, Europe, and Africa; Russia; India; and Australia) randomly assigned 9535 patients, age 45 years or older, with or at risk for cardiovascular and bleeding complications to receive a TXA 1-g intravenous bolus or placebo at the start and end of inpatient noncardiac surgery.

Patients taking at least one long-term antihypertensive medication were also randomly assigned to a perioperative hypotension- or hypertension-avoidance strategy, which differ in the use of antihypertensives on the morning of surgery and the first 2 days after surgery, and in the target mean arterial pressure during surgery. Results from these cohorts will be presented in a separate session Monday, April 4, at 8:45 am ET.

The study had planned to enroll 10,000 patients but was stopped early by the steering committee because of financial constraints resulting from slow enrollment during the pandemic. The decision was made without knowledge of the trial results but with knowledge that aggregate composite bleeding and vascular outcomes were higher than originally estimated, Devereaux noted.

Among all participants, the mean age was 70 years, 56% were male, almost a third had coronary artery disease, 15% had peripheral artery disease, and 8% had a prior stroke. About 80% were undergoing major surgery. Adherence to the study medications was 96.3% in both groups.

In terms of secondary vascular outcomes, there were no significant differences between the TXA and placebo groups in rates of MINS (12.8% vs 12.6%), MINS not fulfilling definition of MI (both 11.5%), MI (1.4% vs 1.1%), and the net risk-benefit outcome (a composite of vascular death and nonfatal life-threatening, major, or critical organ bleeding, MINS, stroke, peripheral arterial thrombosis, and symptomatic proximal VTE; 20.7% vs 21.9%).

There also were no significant differences in other tertiary outcomes, such as acute kidney injury (14.1% vs 13.7%), rehospitalization for vascular reasons (1.8% vs 1.6%), or seizures (0.2% vs <0.1%). The latter has been a concern, with the risk reported to increase with higher doses.

Preplanned subgroup analyses showed a benefit for TXA over placebo for the primary efficacy outcome in orthopedic and nonorthopedic surgery and in patients with hemoglobin level below 120 g/L or 120 g/L or higher, with an estimated glomerular filtration rate less than 45 mL/min/1.73 m2 or 45 mL/min/1.73 m2 or higher, or with an N-terminal pro–B-type natriuretic peptide level below 200 ng/L or 200 ng/L or higher.

For the primary safety outcome, the benefit favored placebo but the interaction was not statistically significant for any of the four subgroups.

Although TXA is commonly used in orthopedic procedures, Devereaux noted, in other types of surgeries, “it’s not used at all.” But because TXA “is so cheap, and we can apply it to a broad population, even at an economic level it looks like it’s a winner to give to almost all patients having noncardiac surgery.”

The team also recently published a risk prediction tool that can help estimate a patient’s baseline risk for bleeding.

“So just using a model, which will bring together the patient’s type of surgery and their risk factors, you can look to see, okay, this is enough risk of bleeding, I’m just going to give tranexamic acid,” he said. “We will also be doing economic analyses because blood is also not cheap.”