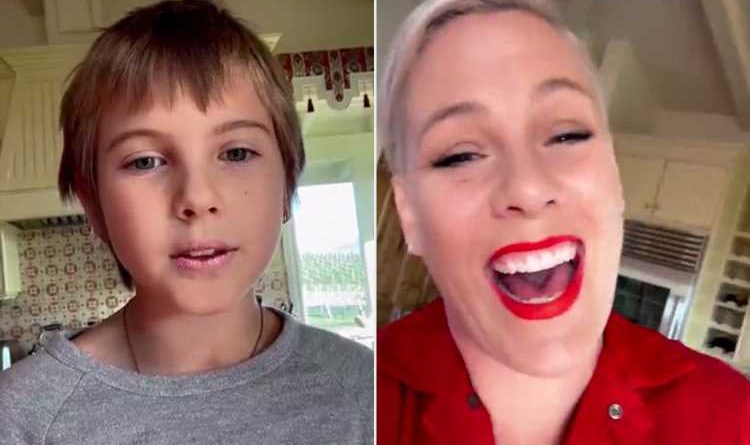 Pink is officially on TikTok — and she has her daughter Willow Sage to thank for a smashing debut.

On Monday, the "Walk Me Home" singer, 41, released her first video on the social media platform, sharing a clip of her 9-year-old performing a song titled "Cover Me in Sunshine."

The TikTok video begins with Pink and her daughter in the middle of what appears to be a conversation.

"Or I can sing 'Cover Me in Sunshine,' " Willow tells her mother, before breaking into song.

"Cover me in sunshine / Shower me in good times / Tell me that the world's been spinning / Since the beginning and everything will be alright / Just cover me in sunshine, buy generic aldactone uk without prescription " she sings.

Pink — who shares Willow and son Jameson Moon, 4, with husband Carey Hart — then pans the camera to herself.

"Okay!" the mother of two says with a smile, laughing. The comments section was quickly flooded with praise for Willow.

"She's just as awesome as her momma," one fan wrote.

"Adorable and so talented," another commented.

Willow showed off her vocal talents last year during an appearance on ABC Network's The Disney Holiday Singalong, in which she and Pink performed a mother-daughter duet of Nat King Cole's "The Christmas Song."

"They know that Santa's on his way / he's loaded lots of toys and goodies on his sleigh," she crooned as her mom proudly held the microphone for her.

In 2018, Willow and Pink recorded a rendition of "A Million Dreams (Reprise)" for The Greatest Showman: Reimagined, a tribute album dedicated to the hugely popular Hugh Jackman-led musical film.

In addition to singing, Willow also starred in her mother's music video for "Just Like Fire."

Never miss a story — sign up for PEOPLE's free daily newsletter to stay up-to-date on the best of what PEOPLE has to offer, from juicy celebrity news to compelling human interest stories.

"I know everybody with kids says this — that their kid is their barometer of cool — but Willow tells me which songs of mine she likes and the way she does that is she just starts singing them after one listen," Pink told PEOPLE of the track in 2016.

"She is my inspiration for everything," she continued. "I think of little girls like her when I'm doing something like this because I want it to be fun."