Home » Online » can i take trazodone for sleep 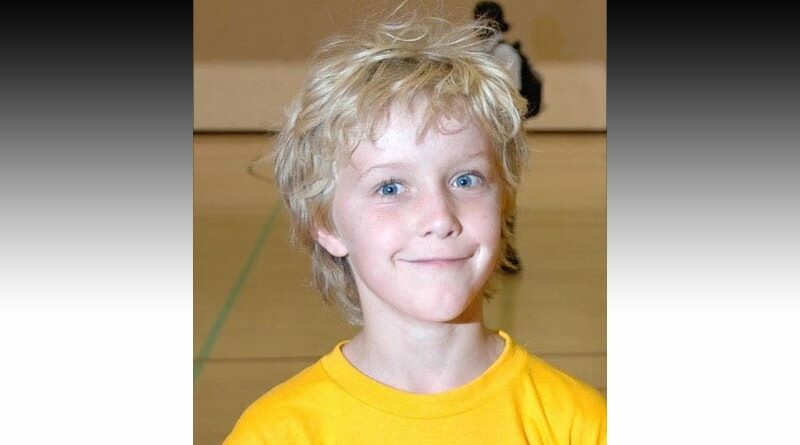 “Have you considered tissue donation?”

These “five simple words” could have profound impact for pediatric brain cancer research — and for children with brain cancer and their families, according to pediatric neuro-oncologist Vijay Ramaswamy, MD, PhD, at The Hospital for Sick Children in Toronto, Canada.

However, families who have lost a child to brain cancer often aren’t made aware of the option to consider postmortem tissue donation, he told Medscape Medical News.

Ramaswamy, along with a group of parent advocates and colleagues, aims to change that. In a recent peer-reviewed article in the Comments and Controversies section of the Journal of Clinical Oncology, where to get prescription for finasteride they provide a rationale and approach for sharing the option to donate with patients and families.

“To overcome difficulties preventing postmortem tissue donation, a cultural shift is needed within the pediatric brain tumor community, much like the one that occurred for organ donation, with the goal to offer every family, anywhere in the world, the option to donate,” they wrote.

The article summarizes many of the thoughts and stories that were shared by more than 120 parents who had lost a child to brain cancer during a consensus conference held at the Children’s Hospital of Philadelphia in December 2018. That meeting had set out to identify real and perceived barriers to postmortem tissue donation.

The bottom line: Many patients and families were unaware of the benefits and importance of tissue donation, and many would have considered donation had they known about the option; some expressed resentment that they had not been informed, irrespective of their ultimate decision to donate or not.

A central theme among parent advocates is that families and patients ultimately do want to be asked and given the opportunity to donate tissue to help further cancer research.

“Specifically, there was broad consensus that processes need to be embedded that require clinicians to broach the topic and ask all families,” the authors comment.

A failure to ask robs these families of an important opportunity, they pointed out.

Clinicians may feel uncomfortable in broaching the subject, and there may be challenges with logistics, timing, and religious considerations, the authors acknowledged.

“If clinicians do not ask, they are depriving families of…something good coming from their tragic loss, furthering research, a legacy for their child, meaning/purpose for an adolescent patient, and help in a family’s grieving process,” they emphasize.

“Clinicians have a responsibility to these families and to their current patients to provide this avenue for furthering research. This gift can only be given by these families…; therefore, by failing to ask for postmortem, they are deciding for the family not to donate.”

In fact, choosing donation can be a meaningful step in the grieving process, they noted, sharing the words of a bereaved mother: “Being able to donate something that may prevent another child from suffering how our daughter did was crucial to our closure. It was beneficial to our family to know she was contributing even after death: to know there was one last thing she could do after she’d taken her last breath.”

That was indeed the case for the family of Michael Gustafson — and for Michael himself, as can be seen from these reminiscences that his dad, Allen Gustafson, shared in an interview with Medscape Medical News.

Michael was athletic; he was the state gymnastics champ one year, his dad recalled with pride. When he was diagnosed with medulloblastoma at the age of 10, he had to give up gymnastics but went on to try basketball, baseball, and cross-country running. Later, he played golf.

“Even when he could only walk four or five holes, his coach still let him be part of the team and he made such an impact just by his incredible stamina and perseverance and positive attitude,” Allen Gustafson said. “So, his journey as an athlete continued throughout his cancer right to the very end. It was so much a part of him.” 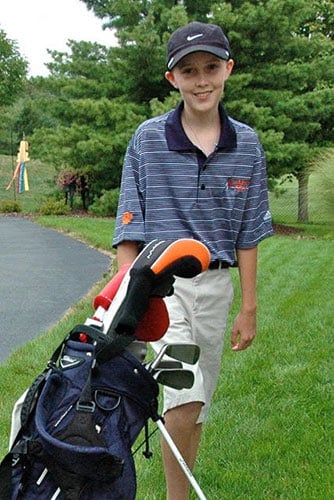 Michael Gustafson was diagnosed with medulloblastoma at the age of 10. His parents formed the Swifty Foundation in Michael’s memory to benefit pediatric cancer research.

But there was also more to Michael, who died when he was 15. He was kind and he was a great student.

“He always wanted to be a scientist,” Michael’s dad said. “He thought that would be a great way to make the world a better place. He thought science could do that.

“I think that fueled part of his enthusiasm to donate his body. It was the one thing that kind of aligned with his vision of his life from when he was just a young boy,” he said.  When it became apparent that he wouldn’t survive his brain cancer, Michael grew increasingly depressed as he tried to make sense of life and death and his purpose, his father recalled.

“One day he woke up from a nap and he called his mom and me into his bedroom. He said, ‘I’ve got it — I know what I’m going to do. I’m going to donate my body to science and they’re going to use me to find a cure for cancer.’ He called it his ‘master plan.’ ”

It’s not unusual for adolescents to explore the possibility of donation, noted Ramaswamy and the co-authors of the commentary, who also include Michael’s dad Allen and mother Patti.

For patients with brain cancer, who may be “struggling to find purpose when their life is being cut short, knowing they can be part of cancer studies, new treatment protocols, possibly improving outcomes for future children, can create meaning and offer a balm to their anxiety and grief,” the authors explain.

Michael’s plan brought purpose and meaning to the end of his life, but for his parents, Allen and Patti Gustafson, it created pressure to ensure that they could fulfill their son’s last wish.

The hospitals where Michael received care were unable to help with postmortem donation, so they turned to other parents and also to his pediatrician for guidance, and eventually found a way.

But they knew it shouldn’t be so difficult.

Just before Michael’s death in 2015, when they realized there was no national, coordinated effort to facilitate such tissue donation and “get this precious gift into researchers’ labs,” the Gustafson family formed the Swifty Foundation, a private organization to benefit pediatric cancer research. “Swifty” was a favorite nickname that Michael’s grandfather gave those he liked, and Michael chose it as a “positive and fun” choice for the name of the foundation.

The endeavor eventually led to collaboration with researchers, clinicians, and other families who had lost a child to brain cancer, and resulted in the creation of Gift from a Child (GFAC), a multi-institutional postmortem central nervous system (CNS) tumor collection program.

GFAC comprises of a network of six Centers of Excellence across the United States that serve as regional autopsy sites for coordinating and processing tissue donations and generating preclinical models for research.

Tissue donations are stored at Children’s Brain Tumor Network, a biorepository accessible by researchers across the country who are working to improve treatment and outcomes for children with brain cancer.

“Our mission is to make postmortem tissue collections an option for any family in the US, no matter where they live or where they are treated,” Gustafson said.

The ability to fulfill Michael’s wish and plan, and to make his plan available to so many others, brought solace to him and to his family.

“It was quite a step in our own journey of grief,” Gustafson explained, adding that Michael’s brother and sister, along with cousins and friends, have been a part of the effort. “One of the wonderful things that occurred was when we started hearing back… about how Michael’s tissue was being used for certain studies and in certain publications.”

Now the goal is to change the culture in the pediatric brain cancer community so that tissue donation becomes a more widely offered option, he and Ramaswamy agreed.

“In a journey where so much has been taken from families, families deserve the opportunity to make a thoughtful decision about this potentially life-giving choice,” the authors write.

“Although donation will not be right for every family, asking families to consider postmortem donation should no longer be the exception because families deserve the right to choose for themselves,” they conclude.

Ramaswamy reported receiving operating funds from the Canadian Institutes for Health Research and the Canadian Cancer Society Research Institute. He also disclosed that he has received honoraria and served as a consultant or advisor for AstraZeneca.

Sharon Worcester, MA, is an award-winning medical journalist based in Birmingham, Alabama, writing for Medscape, MDedge and other affiliate sites. She currently covers oncology, but she has also written on a variety of other medical specialties and healthcare topics. She can be reached at  [email protected]  or on Twitter:  @SW_MedReporter.