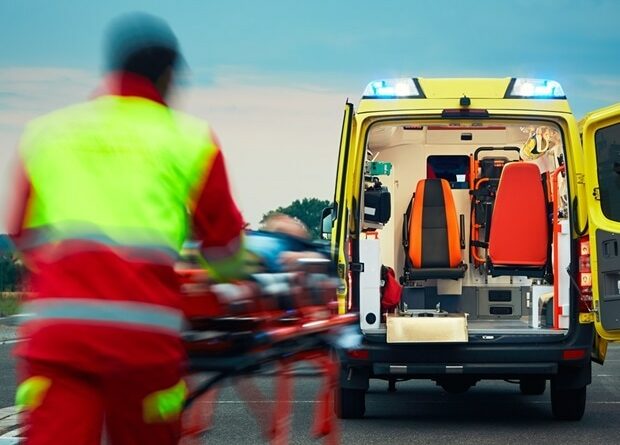 Preparing medical students for the next disaster

We don't know when the next natural disaster, mass shooting or pandemic will occur. But twice a year, students at Northwestern University Feinberg School of Medicine are being trained in a two-week elective course to manage these types of events when they inevitably happen.

Feinberg students are being trained in a two-week emergency preparedness course on how to manage natural disasters, mass shootings or pandemics.

The last two days of the 10-day elective culminate in several tabletop exercises and hands-on critical field skills training in Northwestern's simulation lab in Chicago that are meant to enable "real-world" application in the field. During these, students learn how to apply a tourniquet to a wound, check patients for gunshot wounds and do hands-only CPR (no mouth-to-mouth necessary, since that can be a deterrent for people in tense situations), which increases a person's chance of survival by two to threefold.

The elective is the first disaster-management curriculum to be incorporated at Feinberg and is, to the organizers' knowledge, the first of its kind in the city of Chicago. It's filling a void, said DMCEPI executive director George Chiampas, DO, who spearheaded the course.

"We're filling a need and a void," said Chiampas, a mass event management expert and assistant professor of Emergency Medicine and Orthopaedic Surgery at Feinberg. "Our ability to prepare individuals, even under stressful circumstances, and being able to stay true to the task and focused, all comes down to the training they've had."

One lecture in this spring's elective, which wrapped March 11, was led by the medical coordinator of the Boston Marathon, who discussed what transpired the day of the 2013 Boston Marathon bombing and what the team learned from that event that could help during future events.

"All of my other training has been more in a clinical setting, and this is more teaching you how to provide care to someone in the field," said Nora Laasiri, a second-year physician assistant student at Feinberg who took this spring's elective. "There were definitely moments where we'd have to watch or learn about a scenario that happened in real life that was really sad, but it was educational for us to see how we'd want to maneuver that situation in the future."

Some lectures, led by Northwestern Medicine's Joan Anzia, MD, vice chair for education in the Department of Psychiatry and Behavioral Sciences, The Family Institute's Michele Kerulis, EdD, and the hospital's media relations team, covered the mental and emotional toll incidents and disasters can have on providers, as well as the role crisis communications can play during a disaster.

Several non-medical students have told Chiampas they wish they could take the elective, he said. While most lectures are offered only to medical students, some, such as those covering the 2017 Las Vegas mass shooting, Boston Marathon bombing and FEMA, are made available to private and public partners of DMCEPI because of demand and interest. Chiampas said there's a possibility of opening up more lectures in the future to include some in the public.

Chiampas has been the chief medical officer for U.S. Soccer (women's and men's) since 2014; has served as Bank of America Chicago Marathon medical director since 2007; and as a team physician for the Chicago Blackhawks. Most recently, he was in Japan during the Summer Olympic Games 2021 as a U.S. representative of FIFA's medical committee.

His mass event management experience has made him all too familiar with the large impact disasters at local and regional scales can have on cities and their communities. He said he and his team created the elective to provide the basic concepts and framework for future medical professionals who may be involved in a critical incident or disaster.

There's a tiered approach of knowledge that we want not only for healthcare providers, but for the general public so that we really understand what it takes across this globe to be able to make a difference when these things happen."

Co-directors of the initiative and other elective course leads include Northwestern Medicine physicians Lorenzo Gallon, MD, professor of Medicine in the Division of Nephrology and Hypertension and Surgery; Jennifer Chan, MD, MPH, associate professor of Emergency Medicine; as well as Steve Georgas, chief security officer at Levy and former Chicago Police Department deputy chief, who for decades was in charge of planning and overseeing security at marathons, music festivals, sports rallies, political events and hundreds of visits by presidents and other dignitaries in Chicago.