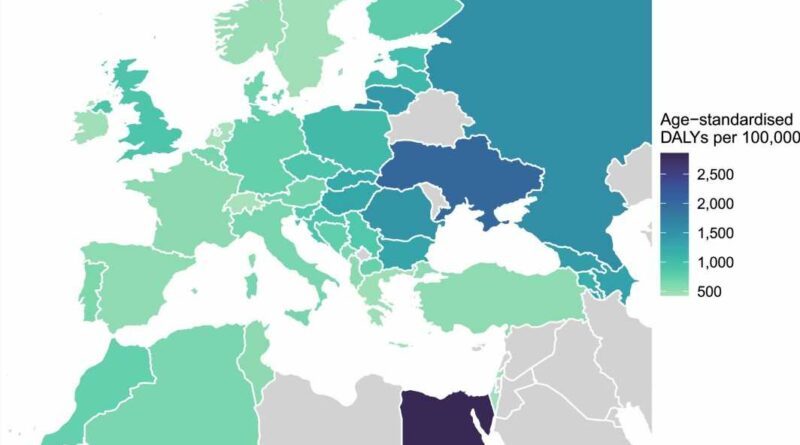 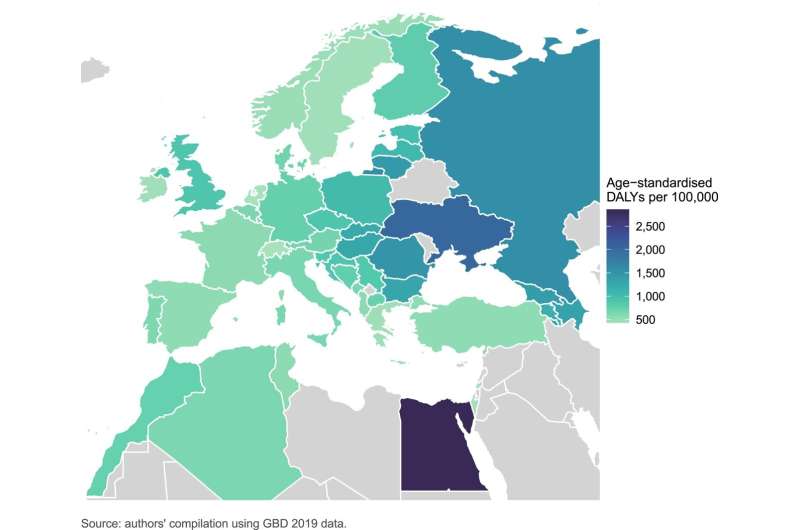 Data from a new pan-European study on the burden of digestive diseases, presented today at UEG Week 2022 and published in the United European Gastroenterology Journal, highlights a worrying increase in the prevalence of several digestive diseases since 2000. These include chronic liver diseases, pancreatitis, gastroesophageal reflux disease, gastritis, vascular intestinal disorders and coeliac disease in children. In addition, the incidence and mortality rates for all digestive cancers combined have increased by 26% and 17% respectively in the period 2000–2019.

The report identifies that digestive diseases affect more than 300 million people across Europe and the Mediterranean area and that the associated economic costs are substantial. The incidence and prevalence of many digestive diseases are highest amongst the very young and the elderly and, the alli as the European population ages, this disease burden will inevitably increase.

Age-standardized incidence and mortality are shown to have increased for liver and pancreatic cancer in the majority of European countries since 2000, with alcohol use, obesity and other modifiable lifestyle factors identified as key contributors towards a large share of the overall burden of these digestive disorders. Increasing incidence of colorectal cancer amongst young adults is also an area of concern.

Researchers from the University of Liverpool, U.K., who conducted the study on behalf of UEG, observed increasing trends in digestive disease burden due to high body mass index (BMI) across the continent. And, while some progress has been made to reduce alcohol attributable burden since the year 2000, alcohol use remains a major contributor to disease burden. One element of positive news to come out of the study is the decrease in health burden related to smoking across almost all European countries, following national intervention strategies.

A key factor highlighted in the report is that population-level social and economic differences between countries explain much of the differences in digestive disease burden, with more disadvantaged countries, as measured by the Human Development Index, experiencing a greater burden from most digestive diseases.

In terms of the economic burden of digestive diseases, the UEG report finds that, on average, the estimated cost of inpatient health service delivery (excluding treatment and diagnostics) for digestive diseases as a percentage of Gross Domestic Product (GDP) was 0.12% across the 31 countries included in the study. This translates to a potential cost across the EU of approximately $20 billion in 2021.

“The health, economic and social burden of digestive diseases is increasing at an alarming rate,” says Helena Cortez-Pinto, president of UEG. “Our health care systems and economies are already in a fragile state and urgent action is required to tackle these burdens, through public education, modulation of lifestyle choices and research, in order to reverse these alarming trends.”

According to the report, if, across the 31 European countries, digestive disease related premature mortality could be reduced by 25% then the estimated savings from the prevention of productivity losses would amount to a total of €11.4 billion (in 2019). This rises to €22.8b and €34.2b for reductions of 50% and 75% respectively.

Luigi Ricciardiello, UEG research committee chair, adds “Stark health inequalities remain across Europe and, with emerging economic challenges, we expect these inequalities to be further exacerbated. Unfortunately, despite their substantial prevalence and global impact, many digestive diseases are still poorly understood and attract relatively little attention from either a policy or funding perspective.”

UEG conducted a similar study in 2014 which highlighted similar burdens and, with limited improvements since, the results and outcomes of this latest UEG study will assist in accelerating progress in reducing the burden of digestive disorders. It will also help to identify priority areas where research and investment are required across the whole of Europe as well as individual nations.