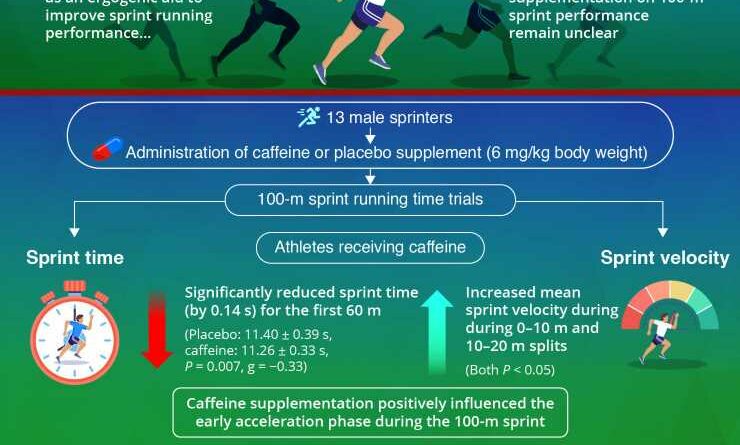 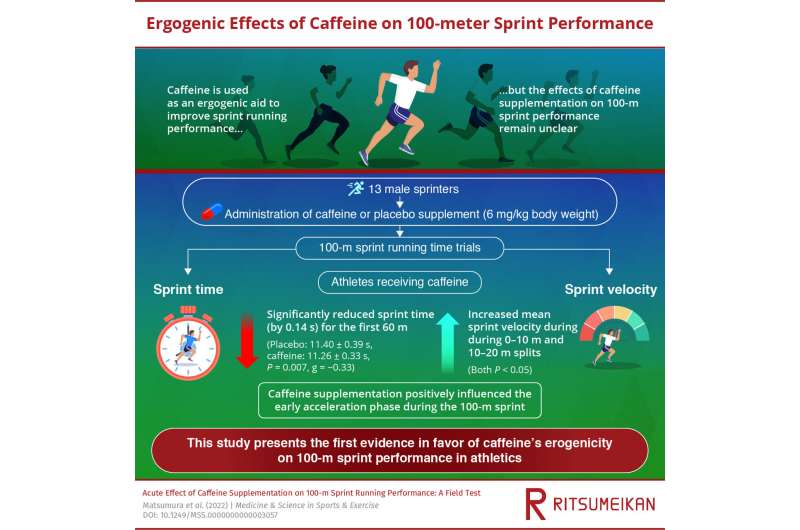 At the international level of sports, even the smallest advantage can take an athlete from being a mere participant to a podium finisher. Consequently, athletes try to achieve that competitive edge with the help of performance enhancing training methods and pre-event performance enhancing aids.

Caffeine, a nervous system stimulant, is one such performance enhancing aid, most commonly and popularly used by athletes around the world. In fact, the International Association of Athletics Federations (now called World Athletics, WA) recommends caffeine as an ergogenic (or physical performance-enhancing) aid in a consensus statement of nutritional strategy for athletics.

However, owing to the absence of research on caffeine’s effects on sprint performance, the recommendation is reflective of evidence from other anaerobic sports rather than sprint running in athletics, like the 100-m sprint event.

To advance research, a team of researchers from Japan investigated the acute effects of caffeine supplementation on sprint running performance. This study, led by Professor Takeshi Hashimoto from Ritsumeikan University in Japan, was subsequently published in the Medicine & Science in Sports & Exercise journal.

According to Prof. Hashimoto, “While previous studies have investigated the effects of caffeine on running activity, evidence from these studies is not conclusive enough to support the World Athletics consensus. A majority of them have looked at its effects on single sprint runs of less than 60 meters. Therefore, it was important to study the ergogenic effects of caffeine on the 100-meter sprint performance.”

The researchers recruited 13 male collegiate sprinters for the study. In a preliminary test, the researchers determined the time it takes for each athlete to reach peak blood plasma caffeine concentration after ingesting it. Taking this into account, the athletes were called two more times for 100-meter time trials after ingesting either caffeine or placebo supplements.

The researchers also found that the mean sprint velocity for the 0–10 m and 10–20 m splits was significantly higher in the athletes who received caffeine. Moreover, no significant difference was seen in the sprint time for the last 40 meters of the sprint, despite the shortening of the sprint time in the first 60 meters. Together, these observations suggest that the caffeine supplementation provided more explosive acceleration to the sprinters in the early stage of the race.

In the long term, these results could translate to the enhancement of sports performance for athletes by enhancing the usage of caffeine as an ergogenic aid during sprints.

“The insights gained from this study have given us the first direct evidence of caffeine’s ergogenicity on sprint running in athletics. This also serves as evidence to directly support the recommendations for caffeine usage by World Athletics. The study thus provides one more advantage that athletes can use to inch themselves closer towards victory,” concludes Prof. Hashimoto.