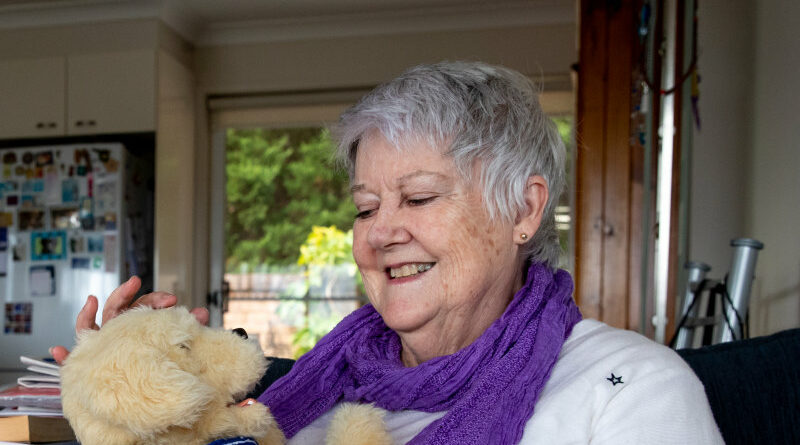 When Bobby Redman was told in 2020 she needed to move into a residential aged care home, she says “it scared the daylights out of me”.

Redman, who was diagnosed with frontotemporal dementia in 2015, was falling over often, and her memory lapses were becoming dangerous; leading to saucepans catching fire on her stove and her bath overflowing. 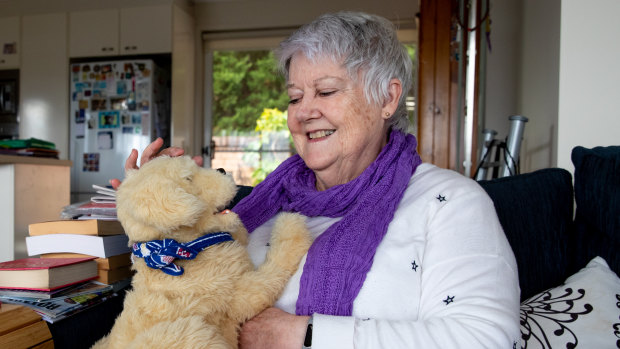 “I had my aged care assessment, and they said, ‘Look, in all honesty, you are too high a risk living alone with the things that are happening. You’re going to end up in hospital, or you’re going to burn the house down’.”

Redman, now 73, knew she had problems but wasn’t ready to lose her independence.

A retired psychologist, she began researching how she could live longer at home.

Two years on, she still lives independently thanks to movement sensors in her house, a personal alarm pendant, Google Assistant (a virtual helper that relies on artificial intelligence) and a timer that turns her cooker off after 20 minutes.

Next month, Redman will speak on a panel at the International Dementia Conference on how technology and artificial intelligence can improve the lives of people living with dementia.

Every morning, for example, an alarm on Redman’s smartphone tells her to get into gear: “Come on lazy bones, get out of bed,” her own voice prompts her.

“I found out that I can record my voice and use them as alarms so I actually have verbal instructions,” Redman says. “I’ve tried most of the time to make a bit of a joke with the things so that I don’t annoy myself too much.”

Google Home (a smart speaker with a voice-activated virtual helper that uses artificial intelligence) reminds her every 90 minutes to have a drink and “stretch your legs” – a euphemistic reminder to ‘go to the toilet’.

Redman says the prompts are ideal for people, like her, who live alone, but also those with carers. 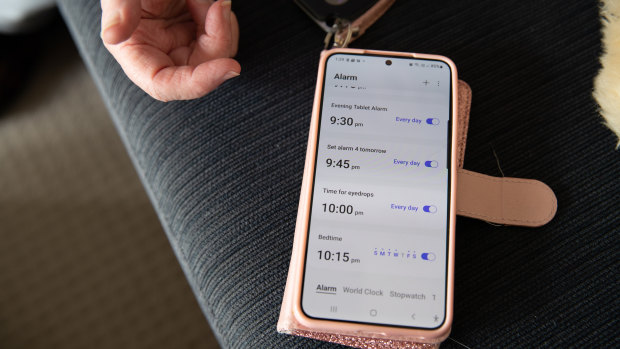 Bobby Redman has recorded voice reminders on her smartphone.Credit:Edwina Pickles

“Part of the problem is carers get tired of constant prompting and the people with dementia get irritated with people telling them what to do. If it’s us telling ourselves what to do it just makes life more pleasant for everybody, and it really does help to retain independence.”

Sensors on Redman’s walls monitor her movements and record whether she is getting out of bed later or not going to the toilet regularly. Redman analyses her own activity on an app on her phone.

“As a psychologist, I know that one of the first clues towards things going pear-shaped is when behaviour patterns start to change,” she says.

Bobby Redman uses timers in her kitchen and photos of where things belong to prompt her memory. Credit: Edwina Pickles

A sensor also triggers an alarm if Redman’s door is left open for longer than 10 minutes.

When Redman leaves the house, she tucks a personal alarm pendant inside her bra, which tracks her movements with GPS and detects if she falls.

“If there’s a sudden jolt, they (someone from the monitoring service) actually talk to me through the pendant and says ‘Are you okay? Have you fallen?’ If I don’t respond, they send out an alarm that goes to the police to come and check on me,” she explains.

If it’s us telling ourselves what to do it just makes life more pleasant for everybody, and it really does help to retain independence.

He says a smartphone app uses facial analysis and artificial intelligence to assess the level of pain experienced by people with dementia who can’t articulate what they are feeling.

“Smart sensors in the home will allow all of us to remain more independent and to stay at home for longer, which is where we typically like to stay,” says Sutherland, who will also be on the panel at the International Dementia Conference.

Meanwhile, Redman has prepared for the future by buying a robot dog, Benji. Research has found that robotic pets decrease stress and anxiety in people living with dementia and result in reductions in the use of pain medication.

“I don’t need it yet,” Redman says. “But I thought if I adjusted to it, when I’m sitting watching the television, I’ll put it next to me and stroke it, so that when it came to the time that I might need it, it would be familiar to me.”

The International Dementia Conference will be held on September 8 and 9 in Sydney.

The Morning Edition newsletter is our guide to the day’s most important and interesting stories, analysis and insights. Sign up here.

Most Viewed in Lifestyle