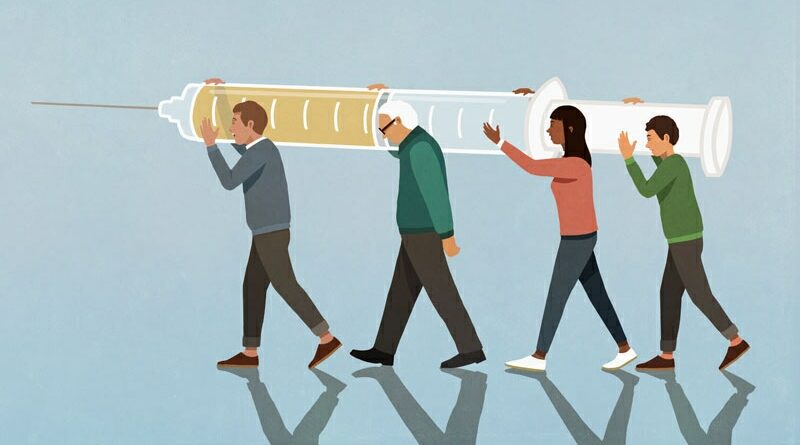 It’s no secret that, for decades, the participants in clinical trials for new drugs and medical devices haven’t accurately represented the diverse groups of patients the drugs and devices were designed for.

In a recently published draft guidance, my estradiol level is 44 the FDA recommended that companies in charge of running these trials should submit a proposal to the agency that would address how they plan to enroll more “clinically relevant populations” and historically underrepresented racial and ethnic groups.

It’s an issue that the US has been trying to fix for years. In 1993, the NIH Revitalization Act was passed into law. It mandated the appropriate inclusion of women and racial minorities in all National Institutes of Health–funded research.

Since then, the FDA has put out plans that encourage trial sponsors to recruit more diverse enrollees, offering strategies and best practices rather than establishing requirements or quotas that companies would be forced to meet. Despite its efforts to encourage inclusion, people of color continue to be largely underrepresented in clinical trials.

Experts aren’t just calling for trial cohorts to reflect US census data. Rather, the demographics of participants should match those of the diagnosis being studied. An analysis of 24 clinical trials of cardiovascular drugs, for example, found that Black Americans only made up 2.9% of trial participants, compared to 83.1% for white people. Given that cardiovascular diseases affect Black Americans at almost the same rate as whites (23.5% and 23.7%, respectively) — and keeping in mind that Black Americans make up 13.4% of the population and white people represent 76.3% — the degree of underrepresentation is glaring.

One commonly cited reason for this lack of representation is that people of color, especially Black Americans, have lingering feelings of mistrust toward the medical field. The US-run Tuskegee study — during which researchers documented the natural progression of syphilis in hundreds of Black men who were kept from life-saving treatment — is, justifiably, often named as a notable source of that suspicion.

But blaming the disproportionately low numbers of Black participants in clinical trials on medical mistrust is an easy answer to a much more complicated issue, said cardiologist Clyde Yancy, MD, who also serves as the vice dean for diversity and inclusion at Northwestern University’s Feinberg School of Medicine in Chicago, Illinois.

“We need to not put the onus on the back of the patient cohort, and say they are the problem,” Yancy said, adding that many trials add financial barriers and don’t provide proper transportation for participants who may live farther away.

The diversity of the study team itself — the institutions, researchers, and recruiters — also contributes to a lack of diversity in the participant pool. When considering all of these factors, “you begin to understand the complexity and the multidimensionality of why we have underrepresentation,” said Yancy. “So I would not promulgate the notion that this is simply because patients don’t trust the system.”

Soumya Niranjan, PhD, worked as a study coordinator at the Tulane Cancer Center in New Orleans, Louisiana, where she recruited patients for a prostate cancer study. After researching the impact of clinicians’ biases on the recruitment of racial and ethnic minorities in oncology trials, she found that some recruiters view patients of color as less promising participants.

“Who ends up being approached for a clinical trial based on a pre-set rubric that one has in mind about a patient who may be eligible for a cancer study,” said Niranjan. “There is a characterization of, ‘we want to make sure this patient is compliant, that they will be a good historian and seem responsible.’… Our study showed that it kind of fell along racial lines.”

In her study, published in the journal Cancer in 2020, Niranjan writes that researchers sometimes “perceived racial minority groups to have low knowledge of cancer clinical trials. This was considered to be a hindrance while explaining cancer clinical trials in the face of limited provider time during a clinical encounter.”

Some researchers believed minority participants, especially Black women, would be less likely to file study protocols. Others said people of color are more likely to be selfish.

She quoted one research investigator as saying Black people are less knowledgeable.

“African Americans I think have less knowledge,” the unnamed researcher said. “We take a little bit more time to explain to African American [sic]. I think if they have more questions because we know they are not more knowledgeable so I think it takes time. They have a lot of questions.”

Progress Over the Years

The FDA’s recent draft builds upon a guidance from 2016, which already recommended that trial teams submit an inclusion plan to the agency at the earliest phase of development. While the recent announcement is another step in the right direction, it may not be substantial enough.

In an emailed statement to WebMD, Lola Fashoyin-Aje, MD, the deputy director of the FDA Oncology Center of Excellence’s division to expand diversity, emphasized that the draft guidance does not require anything, but that the agency “expect[s] sponsors will follow FDA’s recommendations as described in the draft guidance.”

Without requirements, it’s up to the sponsor to make the effort to enroll people with varied racial and ethnic backgrounds. During the development of the COVID-19 vaccine, Moderna announced that the company would slow the trial’s enrollment to ensure minority groups were properly represented.

Not every sponsor is as motivated to make this a concerted effort, and some simply don’t have the funds to allocate to strengthening the enrollment process.

“There’s so much red tape and paperwork to get the funding for a clinical trial,” said Julie Silver, MD, professor of physical medicine and rehabilitation at Harvard Medical School, Boston, Massachusetts, who studies workforce diversity and inclusion. “Even when people are equitably included, the amount of funding they have to do the trial might not be enough to do an analysis that shows potential differences.”

Whether the FDA will enforce enrollment plans in the future remains an open question; however, Yancy said the most effective way to do this would be through incentives, rather than penalties.

According to Fashoyin-Aje, the FDA and sponsors “will learn from these submissions and over time, whether and how these diversity plans lead to meaningful changes in clinical trial representation will need to be assessed, including whether additional steps need to be taken.”