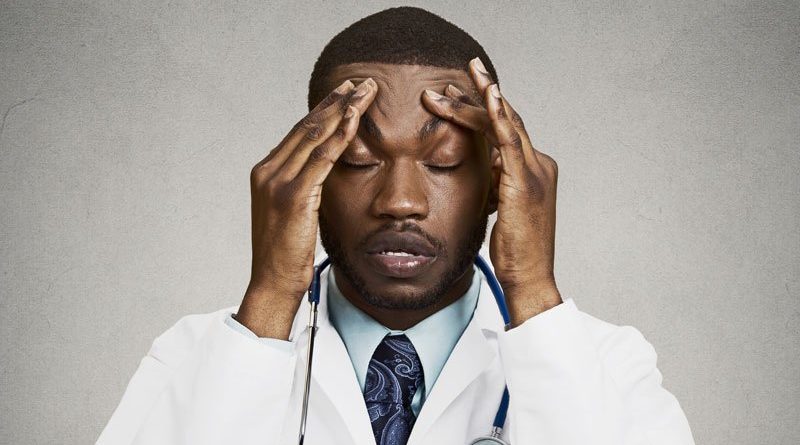 Oncologists are less happy now than they were before the pandemic, but burnout was already high before COVID-19 ever arrived in the United States. In fact, allied leaders world war 1 it had little impact on burnout rates among oncologists, but the pandemic saw happiness levels outside of work take a plunge.

The findings come from the Medscape Oncologist Lifestyle, Happiness & Burnout Report 2021, which is a part of a larger survey of the whole medical profession.

Last year was fraught with challenges and disruptions, ranging from political tensions, riots, and demonstrations in cities across the United States, and wildfires and hurricanes, which all had an effect on healthcare workers. But those on the front lines of treating patients with COVID-19 faced additional stresses, which crept into the home lives of physicians.

Prior to March 2020, when the pandemic really began to take hold and disrupt everyday life, oncologists largely reported being happy outside of work. Most (85%) said that they were somewhat or very happy outside of work, which was similar to physicians overall (82%). Endocrinologists and public health/preventive medicine specialists were the happiest, while infectious disease physicians were the least happy.

As the pandemic continued, levels of happiness declined substantially. Only 61% of oncologists now report being very happy/somewhat happy, which again is similar to physicians overall (58%). And not surprisingly, given the nature of their work and its relationship to COVID-19, infectious disease specialists (45%), pulmonologists (47%), and intensivists (49%) ranked lowest on the happiness scale.

Burnout and depression were reported by about 40% of oncologists — 18% reported being burned out, 8% said they experienced depression, and 14% were affected by both.

Oncologists who reported burnout also felt that it was impacting their life. Almost three quarters (74%) said it had a moderate or strong/severe effect on their life, and 10% said that it was so severe that they were considering leaving medicine.

Surprisingly, COVID-19 did not have much of an impact on burnout rates, as 85% of oncologists reported that burnout began before the pandemic. Only 15% said it began after the pandemic took hold.

By far the biggest culprit in burnout is the growing number of bureaucratic tasks, reported by two thirds (67%) of oncologists as the largest contributor, while too many hours spent working was also a major factor (58%). A third (34%) of oncologists felt that increased computerization contributed to burnout as did a lack of respect from administrators/employers, colleagues, or staff (29%).

An idea of how much time is being taken up by bureaucracy is seen in the next set of responses: most (85%) said they spent 1-10 hours a week online for work, with 12% reporting 11-20 hours, and a smaller percentage (3%) up to 30 hours. These proportions were similar to the overall physician population, where 80% reported spending 1-10 hours on the computer for work.

The survey also showed that work-life balance is the most pressing workplace issue for oncologists (38%), slightly lower than the 46% reported by physicians overall. Compensation was an issue for 18%, and combining parenthood and work was an issue for 14%. None of the physicians reported sexual harassment as a factor.

The survey questioned oncologists about how they cope with burnout. Most (74%) said they do not plan to seek help for burnout and/or depression and have not done so in the past. Only 15% were currently seeking professional help, and 2% said they planned on doing so.

Slightly more than half (54%) stated they haven’t sought help because their symptoms weren’t severe enough, while 46% said they can deal with it on their own. About a third (31%) reported being too busy, while a quarter feared disclosure.

Of concern is that 13% of oncologists who reported burnout said they have had thoughts of suicide, and 2% have attempted it, which is higher than the rate of physicians overall (1%).

Commenting on the survey results, Carol Bernstein, MD, a psychiatrist at Montefiore Medical Center, New York City, noted that “anyone who has made a suicide attempt is at greater risk at some point of completing the act.”

One surveyed physician who admitted to having suicidal thoughts commented: “I yell all the time, I am angry and frustrated all the time and think about quitting…no one [in my organization] cares about doing the right things for my patients as much as I do.”

Oncologists and physicians overall are fearful of their future. More than three quarters (78%) of oncologists reported having some degree of anxiety about the future, given COVID-19, which was similar to the broader physician population (77%).

Oncologists were also asked about their lifestyle, and about caring for themselves.

Only a third made time to focus on their own well-being (5% said always and 28% said most of the time), which was comparable to physicians in general (35%). No oncologist reported not making any time at all, while half said they “sometimes” spend enough time taking care of themselves.

Oncologists scored well on physical activity, which is important for health, reducing anxiety, and general well-being. Nearly three quarters (71%) reported that they exercise at least 2-3 times per week, with a quarter stating they exercise 4-5 times a week.

More than half of oncologists (52%) reported that they consume very little alcohol (less than 1 glass per week) or none at all. However, 14% reported consuming five or more drinks per week.

Rest and recreation are important: more than half (52%) of oncologists reported taking 3-4 weeks of vacation a year, with 14% talking 4-6 weeks, and 6% more than that. Only 4% reported that they take less than a week per year.

Most oncologists reported being in a committed relationship: 80% were married and another 5% lived with a partner, similar to physicians overall. Only 7% reported being divorced.

Of those who were married, most reported that their marriages were very good (57%) or good (30%). Only 4% described the relationship as poor.

The survey sampled 12,339 physicians across more than 29 specialties, and 3% defined themselves as oncologists. Men outnumbered women (61% vs 37%), and just over 60% were 50 years or older. Only 6% were aged 28-34 years. Several reports have predicted an anticipated oncology shortage driven, in part, by an aging workforce, and these numbers reflect that.