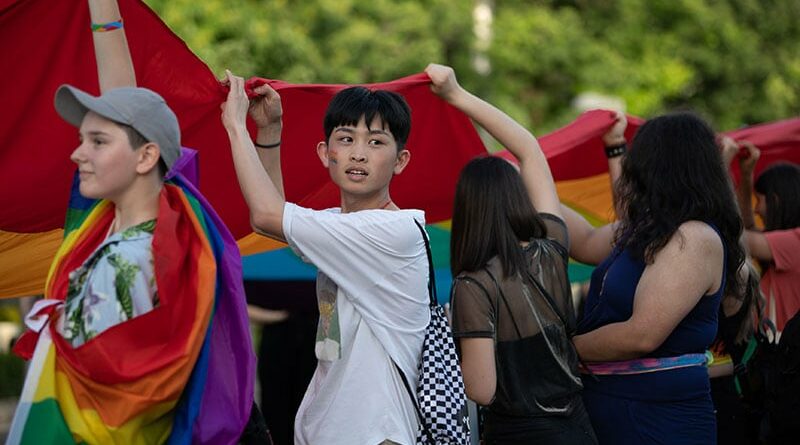 Most adolescents with gender dysphoria who took puberty-blocking drugs for at least 3 months and then progressed to cross-sex hormone treatment were still taking hormones as they entered adulthood, new research of patients at a pioneering Dutch clinic shows.

The study negates past findings that large numbers of youth regret transitioning, say Maria Anna Theodora Catharina van der Loos, MD, and colleagues, from the Centre of Expertise on Gender Dysphoria, limestone calcium carbonate soil conditioner Amsterdam, The Netherlands, in their article published online in The Lancet Child & Adolescent Health. They believe the difference between their findings and those of other studies lies in proper diagnostic evaluation.

“The study aims to demonstrate, with a methodology that is more than adequate, that transgender people who begin their transition in childhood-adolescence do not give up,” Adrián Carrasco Munera, MD, a specialist in family and community medicine and member of the LGTBIQ+ Health Group of the Madrid Society of Family and Community Medicine, Spain, told the UK Science Media Centre.

All the patients received care at the “Dutch Clinic,” which more than 20 years ago pioneered the approach of giving puberty-blocking drugs to children looking to transition, followed by cross-sex hormones. The study includes the “complete adolescent population” at the facility who met the inclusion criteria.

A similar US study published earlier this year found that 74.4% of individuals who had started gender-affirming hormones before age 18 were still on them 4 years after starting medical treatment.

“However, it is unclear how many of these adolescents [in the US study] used puberty-suppressing treatment before gender-affirming hormone treatment and to what extent they underwent diagnostic evaluation before initiation of medical treatment,” say van der Loos and colleagues.

She told Medscape Medical News that her clinic provides “a thorough diagnostic and mental health assessment” and discussion of fertility preservation prior to any youth being prescribed puberty blockers or cross-sex hormones.

About 40% of adolescents assessed by the gender clinic in Amsterdam go on to receive hormonal treatment.

“The gender identity unit of the Amsterdam UMC is a world leader in all aspects of transgender medicine and is governed by protocolized actions. This is reflected in the quality of the data and methodology of the study, and therefore of its conclusions,” endocrinologist Gilberto Pérez López, MD, Gregorio Marañón General University Hospital, Madrid, Spain, told the UK Science Media Centre.

“These findings can and should help and guide the current public and legal debate on the initiation of medical treatment in transgender minors.”

However, he cautioned the study is limited by the fact that the data come from a registry and they only looked at prescriptions issued and not compliance.

Another interesting thing to note in the research is that almost 70% of patients were born girls and they presented at the gender clinics later in adolescence than the natal boys.

“We don’t have a sound reason for this,” van der Loos noted.

She also acknowledges that the short follow-up data in some individuals makes it difficult to draw conclusions about regret, to some extent.

Prior research shows that if youth decide to detransition to their natal sex, this can take, on average, 5 years from the start of medical therapy among born females and 7 years among born males.

However, some born males in the study had been taking hormones for 20 years and some natal females for 15 years, said van der Loos.

Another limitation is that the research only followed individuals until the end of 2018 while some government data estimates that the number of teens identifying as transgender has nearly doubled over the past 5 years.

The authors, Munera, and Lopez have reported no relevant financial relationships.