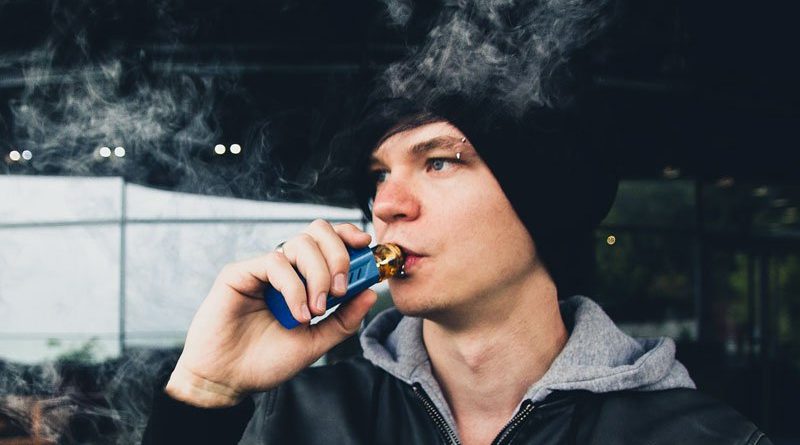 The use of e-cigarettes is linked to a higher frequency of self-reported wheezing and shortness of breath in adolescents and young adults, according to an online survey. The association was present even after controlling for cigarette and cannabis use.

Previous studies of adolescents and young adults have shown associations between e-cigarette use and wheeze, shortness of breath, and asthma. The Youth Risk Behavior Surveillance (YRBS) survey by the CDC and other health agencies, conducted from 2015-2017, found that 63.5% of youth who used e-cigarettes also used some combination of cigarettes and cannabis. Combined use was associated with a 55% to 65% increased odds of self-reported asthma.

The Population Assessment of Tobacco and Health (PATH) study, which was published last October, had similar findings, though it did not find an association between e-cigarette use alone and wheezing.

“The findings from the current study highlight that we need to keep asking young people about respiratory symptoms, best prices on alli co-use of other tobacco products, as well as cannabis use. As more products, including cannabis and various e-cigarette devices, enter the market, assessing respiratory health will be important both where adolescents and young adults receive their healthcare and in research,” said Alayna Tackett, PhD, in an interview. Tackett presented the study at the American Thoracic Society’s virtual international conference. She is an assistant professor of preventive medicine at the University of Southern California Keck School of Medicine, Los Angeles.

“I found [the study] very interesting because it seems to be identifying a physiologic response to these e-cigarettes,” said Christopher Pascoe, MD, who was asked to comment. “And they were so young [age 14 to 21 years]. The fact that these symptoms of wheezing and shortness of breath are coming from people who are this young suggests that there may be chronic problems showing up later with continued use of these devices.”

Pascoe is an assistant professor of physiology and pathophysiology at the University of Manitoba in Winnipeg, Canada, where he also works with the Children’s Hospital Research Institute of Manitoba. His own research examines lung tissue harvested from pneumothorax surgeries in smokers and e-cigarette users to identify markers of inflammation.

The study is based on a self-reported data, which is a significant limitation, especially considering that asthma is often over-reported. “Self-report can be fraught with things, but I think it’s an interesting starting point for trying to recruit people who are just e-cigarette users and following them up further,” said Pascoe.

The researchers surveyed 2931 individuals aged 14 to 21 years between August 6 and August 30, 2020, with an average age of 18.9 years. Of the respondents, 80% were women and girls, and 75% were white. The high percentage of women and girls was unusual. Tackett provided no explanation for the atypical demographic but noted that the current study used convenience sampling.

The survey asked about use of e-cigarettes, cigarettes, and cannabis in the past 30 days, as well as asthma diagnosis and respiratory symptoms over the same period. The methodology employed survey management company Lucid, which recruited, collected data from, and provided compensation to participants.

Tackett noted that wheeze and shortness of breath are only two indicators of respiratory health, and more research needs to be done. Her team is conducting follow-up studies using objective measurement tools such as home-based spirometry in adolescents and young adults who exclusively use e-cigarettes and who have never used e-cigarettes.

“We need to better understand the complex relationships between use of these products and whether multiple product use is associated with worse respiratory outcomes,” said Tackett.

Pascoe and Tackett have disclosed no relevant financial relationships.