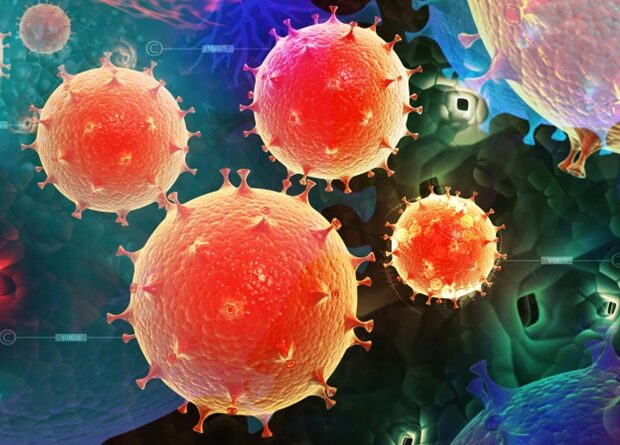 A new study provides a better understanding of how the pandemic virus causes depression, anxiety, and the loss of concentration known as "brain fog" in patients that develop long COVID.

In most individuals, the virus, SARS-CoV-2, ciprofloxacin and nitrofurantoin is successfully cleared by the immune system, but some struggle with prolonged complications, the cause of which is unknown.

Led by researchers from NYU Grossman School of Medicine, the study, which examined hamsters and human tissue samples, found that, well after the initial viral infection was over, the most profound biological changes occur in the olfactory system, made up of the nasal cavity, the specialized cells lining it, and the adjacent brain region that receives input on odors, the olfactory bulb. While a recent study from the same lab showed how SARS-COV-2 infection hinders the sense of smell by changing the activity of certain olfactory proteins (receptors), the new study reveals how the sustained immune reaction in olfactory tissue affects brain centers that govern emotion and cognition.

Published online June 7 in Science Translational Medicine, the study is the first to show that hamsters previously infected with SARS-CoV-2 develop a unique inflammatory response in olfactory tissue, say the study authors. Unlike much of the COVID-19 research published to date, this study benchmarked how the response to SARS-CoV-2 in hamsters compared to influenza A, the virus responsible for the 'swine flu' pandemic in 2009. Specifically, the study found that while the two viruses generated a similar response in the lungs, only SARS-CoV-2 triggered a chronic immune response in the olfactory system that was still evident one-month post-viral clearance.

This chronic inflammatory state seen with SARS-CoV-2 corresponded with an inrushing of immune cells such as microglia and macrophages, which clean up debris left in the wake of the dead and dying olfactory cell lining. They recycle that material but also trigger additional production of cytokines, pro-inflammatory signaling proteins. This biology was also evident in olfactory tissue taken from autopsies in patients that had recovered from initial COVID-19 infections, but had died of other causes.

Given the systemic scope of its findings, this study suggests that the molecular mechanism behind many long COVID-19 symptoms stems from this persistent inflammation while describing an animal model close enough to human biology to be useful in the design of future treatments."

SARS-CoV-2 and influenza A virus naturally infect both hamsters and humans – lasting approximately 7 to 10 days for both hosts, researchers say. In the current study, the authors looked at genetic and tissue changes at 3, 14, and 31 days post-infection to examine both acute and persistent responses to these infections. Previous studies had found that the golden hamster model better copies the human biological response to SARS-COV-2 than mice, for instance, in which infections require either that the virus or the mouse be altered for the infection to occur.

The research team found that SARS-COV-2, because of quirks in how the virus copies itself, likely causes a stronger immune reaction than the same amount of influenza A, which may explain the greater scarring caused by SARS-COV-2 in the lungs and kidneys of the hamsters 31 days after initial infection.

The findings also confirmed that the prolonged immune reactions seen in long COVID are happening in tissues where the SARS-COV-2 virus is no longer present. One of the team's theories is that damage from the initial infection has left behind dead cell remnants and viral RNA fragments, which are causing prolonged inflammation. They also consider the possibility that the extensive damage to the olfactory cell lining, responsible for the loss of smell seen with SARS-CoV-2, might give bacteria access to cells to which they would not be normally exposed (e.g. brain cells in the bulb), which would then trigger immune reactions.

Whatever the cause, the chronic immune response in olfactory tissues of SARS-CoV-2-infected hamsters was accompanied by behavior changes the study authors tracked with established tests. For instance, hamsters from the SARS-CoV-2 group were quicker to stop trying to swim, a measure of depression, or to react to foreign items (marbles) in their cages, a behavior linked to anxiety. Depression and anxiety are common attributes of long COVID, and these behavioral abnormalities were found to correlate with unique changes to the brain cell biology, the researchers say.

Beyond the brain, the authors examined the lungs a month after virus clearance and after each acute lung infection. They found that in the aftermath of SARS-COV-2 the re-building of the airways was significantly slower than with influenza A, a result of COVID-19 causing in more extensive damage. Examinations of tissue slides under a microscope also showed scaring in the lung which was more widespread in SARS-COV-2-infected lungs, which could partly explain the shortness of breath seen in some long COVID patients. The study also found that the inflammatory response to SARS-COV-2 resulted in damage to the kidneys that lasted longer than damage caused by influenza A virus infection.

This work was funded through the generous support from the Zegar Family Foundation to the tenOever lab and funding from National Institutes of Health grants NS111251, NSO86444, and NSO86444S1.