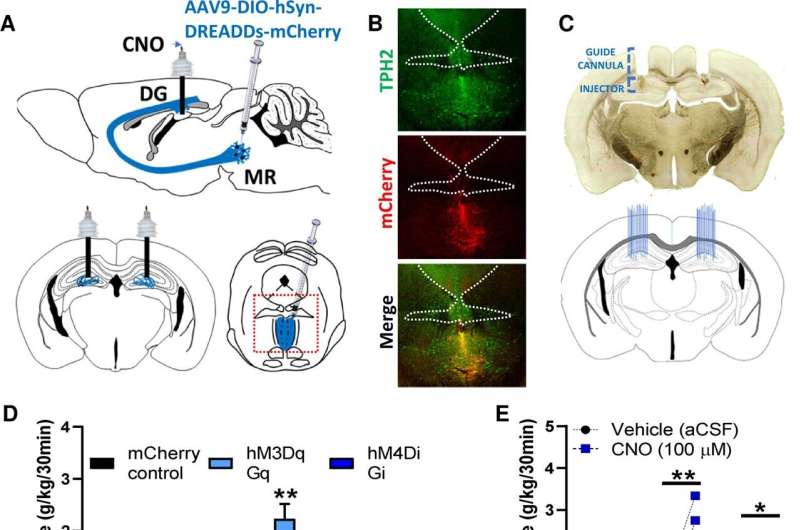 Queensland University of Technology researchers have identified, for the first time, a precise neural circuit in the brain that controls long-term alcohol consumption, in a study in mice.

Professor Selena Bartlett and Dr. Arnauld Belmer were part of the research team who used cutting-edge molecular tools, pharmacology and a neuroscientific approach to target the part of the brain that has shown to be linked to binge drinking patterns. The research is published in the journal Molecular Psychiatry.

“Alcohol dependence is a significant problem in Australia with one in four people aged 18 years and over exceeded the guideline in 2020–21,” Professor Bartlett said.

“The mechanism in the brain driving long-term alcohol dependence is unknown and there are few effective treatment options available.”

Dr. Belmer said the research indicated that using drugs that specifically target the specific part of the brain could potentially represent an innovative strategy to combat alcohol abuse.

“In this study, using novel drugs, we identified the particular 5-HT1A receptor that mediates alcohol drinking behavior,” he said.

“We demonstrated that inhibiting the transmission of serotonin to that receptor reduces alcohol consumption.

“This follows on from our earlier research in mice which showed that two weeks of daily treatment with a drug normally used for treating general anxiety reversed the effects of 15 weeks of binge-like alcohol consumption,” Dr. Belmer said.