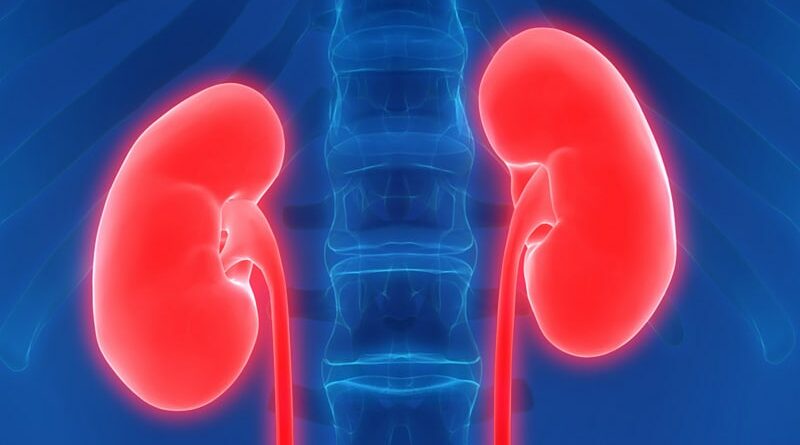 The randomized, when does dostinex start working controlled trial aimed to determine the optimal duration of maintenance IST for proliferative lupus nephritis, by asking whether discontinuation of such therapy after 2-3 years was noninferior to IST continuation for 2 more years.

“This is the first randomized IST trial in proliferative lupus nephritis,” Jourde-Chiche reported. “We found that noninferiority of IST discontinuation was not demonstrated, and those who discontinued had a higher risk of SLE flares, but the majority of patients who discontinued did not experience flare.”

Regarding the incidence of renal relapse, no statistically significant difference was found between patients who continued versus those who discontinued IST.

Rheumatologist Christophe Richez, MD, of the Groupe Hospitalier Pellegrin-CHU de Bordeaux (France) welcomed the trial. “The work does not find a significant difference but suggests that with more power, the difference would have been significant,” he said in an interview.

He added that a significant number of patients refused to enter the study for several reasons, including scheduling a pregnancy and fear of relapse after stopping the treatment. “This in itself shows that we need this type of study to know if we can stop the treatment to plan a pregnancy or if a relay treatment is necessary. These data also mean we can now better inform our patients about the benefit-risk [profile] of continuing treatment or not.”

Richez, who was not involved in the trial, noted that the data provide information that strongly suggest more research is needed to better determine which patients are at risk of relapse, and consequently, for which patients is discontinuation possible. “There’s also a need for further analysis of tolerance to the immunosuppressive drugs according to the strategy.”

Finally, he referred to the issue around therapeutic adherence that is often faced with management of lupus. “The data from this study will allow us to better explain to patients the need to continue or discontinue their treatments, including hydroxychloroquine, and also the possibility of decreasing the immunosuppressive drugs to half-dose.”

Maintenance Therapy in Lupus Nephritis: To Continue or Not?

Both study arms were similar with a mean age of 36-37 years, and 82%-86% of patients were female, 59%-67% were White. They had a mean disease duration of 7-9 years, and 72%-80% had experienced their first flare of proliferative nephritis. A total of 54%-65% had received cyclophosphamide induction therapy, and 75%-81% were on mycophenolate mofetil maintenance therapy that had been ongoing for a mean of 2.8 years. Tests of patients’ kidney function revealed a mean serum creatinine of 67-72 micromol/L and estimated glomerular filtration rate (eGFR) of 94-101 mL/min per 1.73 m2. The mean SLE Disease Activity Index score was around 2.

Follow-up visits were conducted every 3 months for 2 years, and the trial had a primary end point of renal relapse rate at 24 months (confirmed by kidney biopsy), while secondary endpoints included rate of severe SLE flares, survival without renal relapse, or severe flare and adverse events, among others.

Patients were excluded if they were not taking hydroxychloroquine, had extrarenal SLE, an eGFR less than 30 mL/min per 1.73 m2 or stage VI disease. After some participants did not finish the trial because of pregnancy, wish for pregnancy, or adverse events, data from a total of 40 in the IST continuation group and 44 in the discontinuation group were analyzed.

“The endpoint of noninferiority of discontinuation of immunosuppressive therapy was not shown, but no statistically significant difference was found between groups for renal relapse,” Jourde-Chiche said.

Severe SLE flares (renal or extrarenal) occurred significantly less often over 24 months in the continuation arm at 12.5% versus 31.8% in the discontinuation arm (P = .034).

However, Jourde-Chiche pointed out that “the majority of patients who discontinued treatment did not experience a flare.”

No differences were seen between groups with respect to any secondary endpoints. “Fortunately, no patients died or reached end-stage renal disease, and overall, the adverse events did not differ between groups,” she reported.

The study identified several risk factors for renal relapse, among which were low complement component 3 and higher baseline urinary protein to creatinine ratio.

Gabriella Moroni, MD, of the nephrology unit at Ospedale Maggiore Policlinico, Milan, authored a review of studies that attempted to interrupt glucocorticoids and other immunosuppressive agents in lupus nephritis and in SLE. Her review concluded that “the available data suggest that therapy withdrawal is feasible at least in patients enjoying a complete clinical remission after a prolonged therapy.”

Asked to comment on the French study, Moroni said the trial was very welcome. “In our long-term experience, we have stopped IST in 73 patients with lupus nephritis, followed for a mean of 23 years. Of these, 32 never reassumed therapy and 20 had at least one flare.”

Moroni noted that those participants who did not experience flares had significantly longer IST and longer remission before discontinuation and took hydroxychloroquine more frequently.

“We feel that, to prevent severe flares, firstly, lupus nephritis should be in complete remission for at least 3 years, and secondly, patients should have received IST for at least 5 years before discontinuation; immunosuppressive drugs should be tapered off very slowly and after strict clinical surveillance, and finally, hydroxychloroquine can prevent extrarenal flares.”

Jourde-Chiche reported serving on a speakers bureau for Vifor Pharma and receiving grant/research support from Fresenius Medical Care. Some coauthors reported financial ties to many pharmaceutical companies. Richez said he has received fees for lectures or boards from GlaxoSmithKline, AstraZeneca, and Novartis. Moroni had no relevant disclosures.