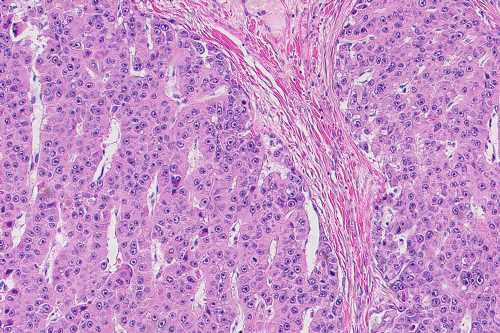 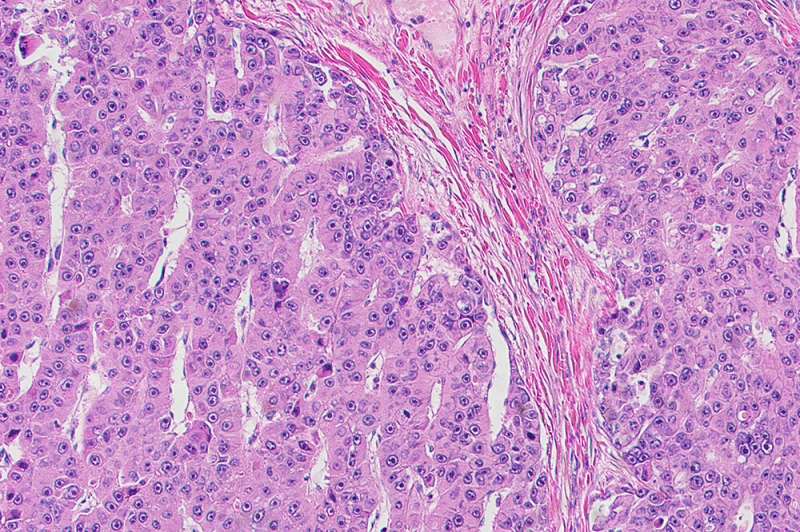 Treatment options for a deadly liver cancer, fibrolamellar carcinoma, are severely lacking. Drugs that work on other liver cancers are not effective, and although progress has been made in identifying the specific genes involved in driving the growth of fibrolamellar tumors, these findings have yet to translate into any treatment. For now, surgery is the only option for those affected—mostly children and young adults with no prior liver conditions.

Sanford M. Simon and his group understood that patients dying of fibrolamellar could not afford to wait. “There are people who need therapy now,” he says. So his group threw the kitchen sink at the problem and tested over 5,000 compounds, either already approved for other clinical uses or in clinical trials, to see whether any of the compounds could be repurposed to treat fibrolamellar. The team ultimately discovered a few classes of therapeutics that destroy fibrolamellar tumor cells growing in mice. Their findings are published in Cancer Discovery.

“We decided to be completely agnostic about what we thought would work—we tried everything,” says Simon, head of the Laboratory of Cellular Biophysics. “To our surprise, we found a few compounds that work really well.”

In an ideal world, scientists perform extensive experiments to identify the perfect therapeutic target for a disease, then test a suite of drugs in model systems to pinpoint promising treatment options to hit the chosen target. The Simon lab is undergoing such experiments, but this process can take years, and the children and young adults who are sick now of fibrolamellar will likely never see the fruits of such labors.

So Simon took a parallel, expedited approach. After testing an extensive library of drugs on fibrolamellar tumor cells grown in mice over the course of several months, his team identified a few novel classes of therapeutics that appear to effectively kill fibrolamellar tumor cells, and further experiments provided some molecular explanations for why these drugs are so effective against a disease that has, until now, baffled physicians who treat liver cancer.

“Up to this point I’ve had to tell patients that we don’t have any medicines that are proven to work,” says Michael V. Ortiz, a pediatric oncologist at Memorial Sloan Kettering Cancer Center and a collaborator on the study. “It’s really thrilling that we finally have some promising drugs to go after in clinical trials. And, since each individual responds differently, it’s particularly exciting that we had multiple hits, which we can now test in combination with one another.”

Treatment tailored for one

Building on these initial findings, Simon and his colleagues tested the compounds on human cells taken directly from patient tumors. They were able to test the cells against their lineup of drug candidates after growing them for only a few days, obtaining results similar to those observed in cells that took months to grow.

“Within three days, we can have therapeutically informative data, which is much faster than previous methods allowed,” says Gadi Lalazar, an instructor in clinical investigation in the Simon laboratory and first author on the study. “Although there are some logistical hurdles and additional verification is needed, this could potentially be transformative for treating certain cancers.”

The findings suggest that it may be unnecessary to screen new cancer drug candidates in cells grown in mice before testing them on human cells—an extra step that can cost cancer researchers many months. Given these results, physicians may soon be able to biopsy cells from a patient’s tumor, subject those cells to a bevy of drug candidates until they find the most effective compound for that specific patient, and have a treatment plan ready in a matter of days—potentially transforming the landscape of precision medicine.

Simon’s recent work was inspired by the 2015 precision medicine initiative begun in the Obama administration, which promised to change the face of medicine with a targeted approach, tailored to a patient’s unique genetic composition, lifestyle, and environment.

“You don’t want to give everyone with a limp the same treatment—you want it ‘precisely targeted’ based on whether they have twisted their ankle, broken a bone, or just have a splinter,” says Simon.

Over the past six years, Simon has developed a series of model systems to help identify molecules known to drive cancers, known as oncogenes. But the key to applying precision medicine to cancer, Simon realized, is not blindly testing drugs against mutations or abnormally expressed genes—it’s performing functional screenings that ask what drugs actually have an impact on the tumor in question.