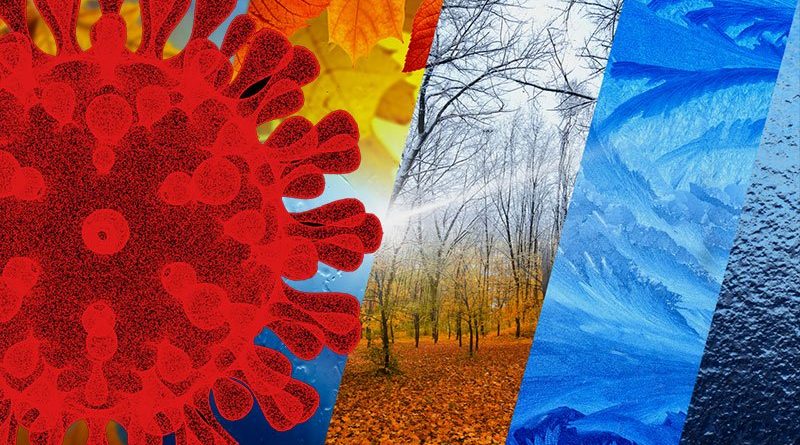 As a partially vaccinated America reopens and tries to return to its pre-pandemic ways, several infectious-disease experts and an epidemiologist agree that a major surge of COVID-19 is possible next winter. They disagree, however, on how likely that is and what might cause it.

The prediction that we might be heading for another COVID surge was made 2 months ago in a speech and a JAMA article (coauthored with Peter Piot, coumadin bleeding MD) by Christopher Murray, MD, director of the Institute for Health Metrics and Evaluation (IHME) at the University of Washington in Seattle.

Murray’s colleague Ali Mokdad, MD, professor of epidemiology at the University of Washington, said that IHME still stands by that projection, despite the rapid increase in vaccinations in the United States, he told Medscape Medical News.

Mokdad based this forecast partly on what IHME views as the seasonality of the SARS-CoV-2 virus. While cases and deaths will continue to fall in the United States over the summer, he said, the infection rate will rise again in the fall and could be significantly higher by winter.

The number of deaths from COVID-19 in this potential surge, he said, will depend mainly on the level of vaccinations by then and the new variants circulating as we enter winter.

To prevent this revival of COVID-19, Mokdad said, we would need to vaccinate 80%-85% of the population by the end of the year. Right now, the numbers don’t add up, he noted: even after we expand eligibility to 12- to 15-year-olds, only 85% of the population will be eligible for a COVID-19 shot. Thirty percent of this cohort, he noted, do not want to get vaccinated.

“So even in our best-case scenario, we’re at about 50%-60% coverage before winter,” Mokdad said.

Because of waning vaccine immunity, he added, people who were vaccinated between December 2020 and February 2021 will probably need a vaccine booster before winter. “We’re playing a catchup game, and the only way we can catch up is to knock this virus down. And the only one way to knock it down is 85% coverage as soon as possible.”

Mokdad was sharply critical of the new guidance on mask-wearing from the Centers for Disease Control and Prevention (CDC). By saying that vaccinated people no longer have to wear masks in most cases, he said, the CDC gave a license to unvaccinated people not to wear them or to persist in their noncompliant behavior.

Because of the steep decline in mask-wearing he expects because of that decision, the IHME now projects a rise in COVID-19 cases as early as August, he said.

Three other infectious disease experts all told Medscape Medical News that although a winter surge is possible, they’re optimistic that increased vaccination will either head it off or make it much less dangerous than last winter’s escalation.

Peter Katonah, MD, professor of medicine and public health and chair of the infection working group at the University of California Los Angeles (UCLA), said it was dangerous to make predictions so far ahead, but he wouldn’t say that IHME is wrong.

At this point, however, vaccines seem to be walloping COVID-19 everywhere they have become widespread, including in the United States, where case numbers are down in every state, he noted.

The CDC directive that vaccinated people can unmask, Katonah said, will probably lead to increased vaccinations, he said. However, he emphasized, masking and social distancing by the unvaccinated will be essential to beating the virus.

“Vaccination has to be accompanied by that for you to really succeed [in wiping out COVID-19]. So if there’s a drop-off in that, I think it’s going to be detrimental, and we’re going to go into a roller coaster ride without brakes,” Katonah said.

Katonah rejected the idea that we can add those who have already been infected with COVID-19 to vaccinated people to reach the 70%-80% level of coverage needed for herd immunity.

Preeti Malani, MD, chief health officer and professor of medicine, division of infectious diseases, at the University of Michigan, said how long natural immunity lasts is unknown. In any case, she said, we’re not going to be in a world free of COVID-19.

“Hopefully, the numbers will come down, and continue to stay down, and more people will get vaccinated so we’ll be in that 70% range [for herd immunity],” Malani told Medscape Medical News.

Whether or not we have a winter surge, she said, depends partly on how large a portion of the community is at-risk or not immune to the virus by then. “Another unknown is how long protection from vaccination is going to last, and will we be in a situation where we have to do 300 million boosters. That could be difficult and would put people at risk.”

There’s also the possibility of “a more aggressive, more transmissible variant that the current vaccines don’t work as well against,” she said. “So far, that hasn’t happened. But it’s a theoretical concern.”

Currently, the UK variant (B.117) is the dominant strain in the United States. Because that variant has crowded out other variants that vaccines are less effective against, we haven’t seen the same spike in deaths as in some other countries, Mokdad said.

But that could change if the South African or Brazilian variants catch on here, because the vaccines work less well against them and can reinfect people who have had other types of COVID-19.

Katonah doesn’t buy this thesis. “I’m not concerned about variants like I was a few months ago,” he said. “Every single variant has been looked at with a vaccine and has been found to be effective…If the variants do start to become problematic, the vaccines can be adjusted. On the fly, they can change the genetic code that’s in an mRNA vaccine.”

David Hardy, MD, a scientific and medical consultant who is an adjunct clinical professor of medicine at the Keck School of Medicine, University of Southern California, said it’s not clear how effective the current vaccines are against the South African and Brazilian variants.

“Because the vaccines used in the US, Pfizer and Moderna, were not tested in that part of the world, we don’t have good on-the-ground human clinical testing of whether those vaccines protect against the variants or not. We have in vitro data, in which they took the plasma of people who were vaccinated with Pfizer and Moderna and have tested the plasma against those variants in vitro. Those plasma antibodies seem to neutralize the variants, although not as well as they neutralize the original SARS-CoV-2 virus or the UK variant.”

Hardy doesn’t agree with the IHME’s experts that SARS-CoV-2 is seasonal. Last winter’s surge, he noted, occurred to a much greater extent on the West Coast and in the Midwest than in the Northeast, where a seasonal trend would have been expected because of the cold weather driving people indoors.

However, Hardy strongly agreed with IHME’s prediction that mask-wearing and social distancing will fall off a cliff this summer.

While the other experts expressed concern about how much immunity from vaccinations might wane toward the end of the year, Hardy saw a glimmer of hope in our experience with vaccine-mediated immunity to influenza.

Immunity builds over time to both A and B types of influenza, whether someone has been regularly vaccinated or has been vaccinated in past years, he noted. “So I’m going to guess that even if people don’t have 100% or 95% protection against the variants that will probably spread around the world, the illness will not be as bad.”

Mokdad also forecasted that even if we have a significant surge this winter, “we will not have as big a rise in cases or deaths as we saw last December and January,” because a large portion of the population will be vaccinated by then. Another mitigating factor, he suggested, would be a decision by the CDC to reverse its mask guidance.

Malani urged the government to continue monitoring the situation closely and to remain flexible in policy decisions concerning COVID-19. “We have to leave ourselves open to the idea of saying, ‘Maybe after Thanksgiving, we don’t come back to an in-person class,’ if that’s necessary. I hope not. I’m cautiously optimistic, but there are some unknowns here.”