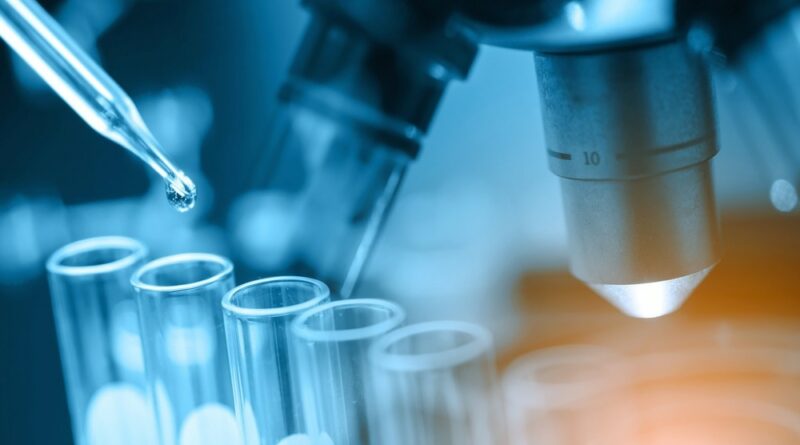 Biocompatibility testing is performed on medical devices to ensure that they will not cause any adverse effects once in contact with or implanted into a patient, and as a standard, all such devices must be assessed with regards to cytotoxicity, sensitization, cost of azithromycin without insurance at walmart and irritation, often termed the "big three."

The evaluation of all medical devices for biological contact is set out by international standard ISO 10993, which includes personal protective equipment such as gloves and masks, gowns worn by the patient, surgical tools, and any other implanted or externally applied device.

Patients may come into contact with medical devices in a variety of settings that call for differing biocompatibility testing, directly or indirectly, for long or short periods, and potentially in the presence of fluids that would encourage chemical leaching and allow the transport of toxic substances through the bloodstream.

The Importance of Regulating Medical Devices

The importance of the big three and other biocompatibility testing will be explored further below.

What are the big three?

Cytotoxicity is the measure of direct toxicity towards cells and is routinely tested for biocompatibility by incubating the medical device in mammalian cell culture to allow native proteins and other biomolecules to interact with and adhere to the surface as they would in situ. The device and/or any leeched materials (extract) are then removed from culture and placed in contact with relevant cells in vitro, either directly or with a porous separating layer, to establish the toxicity of the device to adjacent cells by measuring cell viability after that at various time points.

Any number of cell viability assays may be appropriately applied to determine material cytotoxicity towards a particular cell line, or alternatively, high-throughput cell analysis techniques such as flow cytometry may be employed. Importantly, cytotoxicity testing can be used to reveal the mechanism by which the material is inducing cell death, allowing appropriate design changes to be made.

ISO 10993-5 calls for the use of L929 mouse fibroblast cells as a standard and advises qualitative evaluation of cells by microscopy and cytochemical staining, where changes in cell morphology and membrane integrity are indicative of material toxicity.

Sensitization biocompatibility tests measure the sensitizing and allergic response to medical devices, generally performed by the simple application of the device to animals and subsequent monitoring.

In the case of externally applied devices, itchy rashes and blistering can easily be observed on the skin should sensitization or an allergic response occur, though various tests are employed to monitor the biochemical reaction of the animal to the device. For example, ISO 10993-10 advises the use of the murine local lymph node assay, where lymphocyte proliferation in response to device exposure is determined by extraction of the lymph nodes behind the ears.

Similarly, irritation testing is performed to ensure that medical devices do not impose serious irritation reactions once implanted and is usually achieved in vivo, though several in vitro skin and eye alternatives are available and increasingly employed. Irritation testing differs from sensitization testing in acuteness, where irritation is a more immediate, often chemical, reaction.

To ensure relevance to humans, ISO 10993-10 recommends human skin irritation tests only if animal tests prove negative, as many chemical irritation reactions may depend on human biology.

Beyond the big three

Devices that come into contact with the interior of the body are subjected to much more extensive testing relevant to long-term and intense exposure that may not be covered by the "big three," a term coined early on in the field of biocompatibility testing prior to additional distinctions being made. For example, the cytotoxicity of a material may be distinct from its systemic toxicity and chronic toxicity, which measure full body and long-term toxicity, respectively.

Tests for genotoxicity and carcinogenicity are also performed on implanted medical devices to check for gene point mutations or chromosomal damage resulting from prolonged contact. No single test can check for each type of genotoxic mechanism possible of a material or its extract; thus, a battery of tests are typically applied.

Gene mutations are identified following in vitro exposure of mammalian or bacterial cells to the device, and if positive, further in vivo tests are performed in rodents. Chromosomal damage can be detected by in vitro staining and observation by microscope. If a material is found to be genotoxic, then it is presumed carcinogenic, but separate carcinogenicity tests are also performed for implantable devices thought to bear a risk of causing cancer by any means, usually consisting mainly of long-term exposure of animals to the device.

These tests are concerned with the material influence of an implanted device and any influence generated by electromagnetic fields or other non-chemical means. For example, cochlear implants receive a radio frequency signal around which concerns have been raised given the proximity of the device to the brain. However, no study has demonstrated a higher incidence of brain cancers amongst those with a cochlear implant. Tests for genotoxicity, carcinogenicity and reproductive toxicity are set out in international standard ISO 10993-3, which is applied to all medical devices intended for implantation.