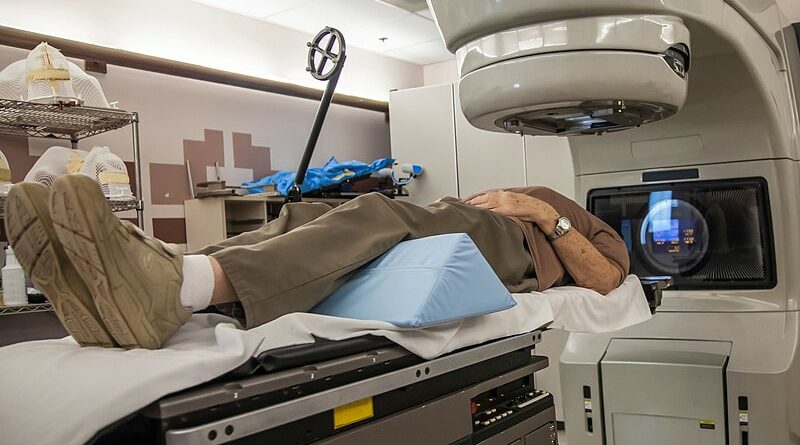 Racial and ethnic minorities who have cancer are more likely to experience significant delays in radiotherapy initiation compared to their White counterparts, new research shows.

Black patients, in particular, faced the longest delays in the initiation of intensity-modulated radiotherapy (IMRT) compared with White patients — almost 26%, or a median of 20 days, longer.

“This study suggests that more advanced modalities and planning techniques, often required for hypofractionation, such as IMRT, are associated with more treatment delays and may actually exacerbate disparities if these delays are not proactively addressed,” says Curtiland Deville, medication betapace MD, a radiation oncologist at Johns Hopkins Medicine and vice chair of the ASTRO Health, Equity and Diversity Council, who was not involved in the study.

The study was published online in JCO Oncology Practice.

Initiating advanced radiotherapy in a timely manner “is critical,” but many factors can interfere with that start time, the authors explain. So far, research indicates that race, ethnicity, and insurance coverage may contribute to these delays, but the extent remains unclear.

To better understand racial inequities associated with delayed radiotherapy, researchers reviewed data on more than 350,000 patients from the National Cancer Database who underwent treatment with IMRT between 2004 and 2017.

Overall, the authors found that Black, Hispanic, and Asian patients were significantly more likely to experience delays in the initiation of IMRT compared with White patients for nearly all of the 10 cancer sites studied.

In addition, wait times were longer for White, Hispanic, and Asian patients who were on Medicare in comparison with patients who had private insurance.

“A lot of us assumed that if you have private insurance, you’re getting the best care,” says Hutten, a radiation oncologist at the Huntsman Cancer Institute in Salt Lake City, Utah. “And I think that what we’re showing here is that it’s not better for everyone, and that’s concerning.”

The authors acknowledge several limitations to the study, including the retrospective design as well as a lack of detail on insurance policies, such as premiums and co-pays, and prior authorization, such as denials and time to denials, which could be barriers to timely initiation of IMRT.

Although several factors not directly examined in this study, such as prior authorization, may contribute to the timeliness of initiating radiotherapy, the current findings show that, across the board, minority patients are disproportionately affected.

Hutten says the results of the study warrant further research on how systemic racism can lead to delays in cancer treatments and, specifically, why Black patients with private insurance seem to be experiencing the longest delays for radiotherapy.

“There’s not a ton of ways you can explain that other than looking at what the private insurance companies are doing,” Hutten says. “I think it raises some flags that there might be some bias affecting Black patients with private insurance that hasn’t really been described previously, at least on this magnitude.”

Deville agrees, adding that a growing body of literature suggests that “when patients get equal or equitable care, their outcomes are the same, and thus, it is not some inherent biology that explains the disparities in outcomes across racial and ethnic groups.”

The original article contains a complete list of the authors’ relevant financial relationships.