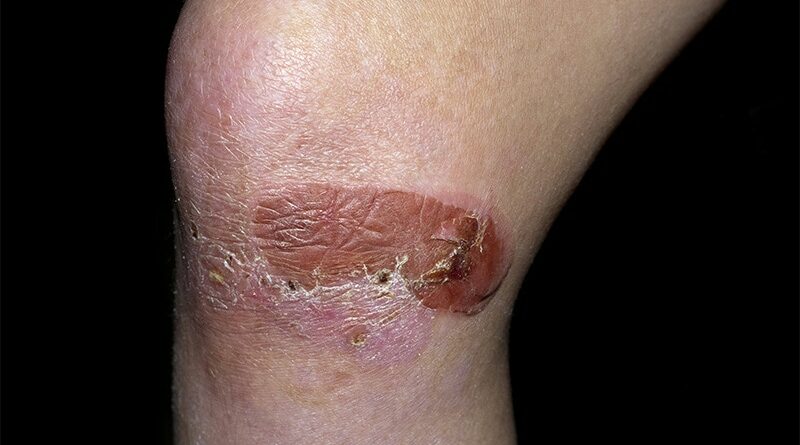 GLASGOW, Scotland — The wound-healing benefits seen with a topical agent containing the bark derivative oleogel-S10 (Filsuvez) for patients with epidermolysis bullosa (EB) continue to accrue with continued use, suggests data from an open-label extension of EASE, the phase 3 safety and efficacy study of the treatment.

Over 200 patients from the trial, medicine that effects depo provera including 105 who began treatment with a control gel, continued taking oleogel-S10 after 90 days. The current interim analysis at 12 months indicates there was a 55% reduction in the proportion of the body affected in comparison with baseline.

Moreover, reductions in skin activity scores seen in the double-blind phase of the trial were maintained during the open-label extension. About 6% of patients experienced adverse events that led to withdrawal from the study.

The results show that oleogel-S10 was associated with “accelerated wound healing,” said study presenter Tracey Cunningham, MD, chief medical officer, Amryt Pharmaceuticals DAC, Dublin, Ireland, which is developing the topical agent. “There were no new safety signals with this longer exposure to oleogel-S10, and patients had sustained improvement in wound burden,” she added.

The research was presented at the British Association of Dermatologists (BAD) 2022 Annual Meeting on July 6.

In April of this year, European Medicines Agency recommended approval of oleogel-S10 for the treatment of partial-thickness skin wounds associated with dystrophic and junctional EB for patients aged 6 months and older.

However, just a month earlier, the US Food and Drug Administration (FDA) declined to approve the topical agent for use in EB, even after it extended its review by 3 months to include additional analyses of data previously submitted by the company.

In the post-presentation discussion, Cunningham said that the FDA had “not been satisfied at this point with the information that we have given them,” adding, “We don’t agree with the decision and we will be appealing.”

Raman K. Madan, MD, a dermatologist at Northwell Health, Huntington, New York, who was not involved in the study, said that the reductions in wound healing seen in the study are “meaningful” and that the numbers represent a “big breakthrough.”

He told Medscape Medical News that there are “very few products on the market” for EB and that having an option for patients “would be amazing.”

“The big issue here would be cost and coverage for patients,” he said. If approved, “hopefully” it will be affordable, he added.

Madan noted that from his perspective, the majority of the reactions to the topical gel were “mild,” and there are “a lot of confounding factors” underlying the number of serious adverse events. “These patients with epidermolysis are prone to some of these issues regardless of treatment,” he said.

During her presentation, Cunningham noted that EB is a rare, debilitating condition that is characterized by varying degrees of skin fragility, blisters, and impaired wound healing that in turn lead to serious complications that affect quality of life.

While wound management is a “fundamental priority” for patients living with EB, she said, there is a “high, unmet” clinical need.

To those ends, EASE was the largest randomized controlled phase 3 efficacy and safety study in EB. In the study, 252 patients were allocated to receive oleogel-S10 or control gel plus standard-of-care nonadhesive wound dressing.

However, as reported at the time by Medscape Medical News, the difference in time to wound healing by day 90 between the two patient groups was not statistically significant (P = .302), with 50.5% of oleogel-S10 patients achieving wound closure, vs 43.9% of those in the control group.

Cunningham discussed the open-label extension, which involved 205 patients from the double-blind phase (mean age, of 16.3 years) treated with oleogel-S10 or control gel plus standard-of-care nonadhesive wound dressing for 24 months.

In presenting the results of the first 12 months of the open-label extension, she said that oleogel-S10 led to “consistent” reductions in the body surface area percentage (BSAP) affected by EB. The overall reduction from baseline was 55% after receiving treatment for 15 months.

Cunningham pointed out that a 1% reduction in BSAP equates approximately to the palmar surface of the hand.

Scores on the Epidermolysis Bullosa Disease Activity and Scarring Index (EBDASI) Skin activity subscale indicated that the reductions achieved in the double-blind phase of the trial were maintained.

Among patients who received oleogel-S10 from the start of the trial, EBDASI Skin scores were reduced from 19.6 at baseline to 13.5 at 12 months’ follow-up in the open-label extension. The reduction was from 19.6 to 13.5 for those who began the trial taking control gel.

Cunningham showed that adverse events of any grade were seen in 72.0% of patients who began taking oleogel-S10 at the start of the trial and in 69.5% of those who began the trial taking control gel.

Serious adverse events were recorded in 23.0% and 20.0% of patients, respectively, while 6.0% of those who initially received oleogel-S10 and 6.7% of those initially assigned to control gel experienced adverse events that led to study withdrawal during the open-label phase.

The most frequently reported adverse events in the open-label extension were wound complications, seen in 39.5% of patients; anemia, seen in 14.1%; wound infection, seen in 9.3%; pyrexia, seen in 8.3%; and pruritus, seen in 5.9%. No more details regarding adverse events were provided.