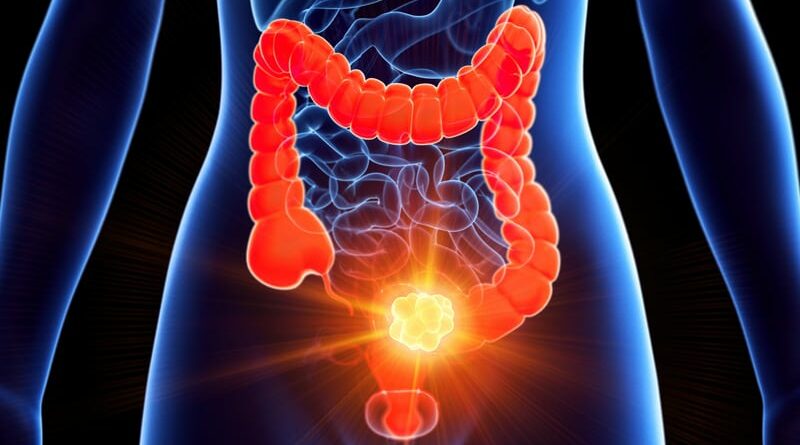 A “liquid biopsy” that detects circulating tumor DNA (ctDNA) after surgery for stage 2 colon cancer helps identify patients who are most likely to benefit from adjuvant chemotherapy, and also identifies those who are unlikely to benefit allowing them to skip that treatment.

The results are from the phase 2 DYNAMIC trial.

“The strategy of using ctDNA results to inform treatment almost halved the number of patients who received chemotherapy postsurgery, from 28% down to 15%,” commented first author Jeanne Tie, MD, from the Walter and Eliza Hall Institute of Medical Research at the Peter MacCallum Cancer Centre, decadron arthritis University of Melbourne, Australia.

The overall proportion of patients who were alive and cancer-free at 3 years after ctDNA-guided treatment was 92% — the same as in patients randomized to standard management, she added.

Tie reported the results here at the American Society of Clinical Oncology 2022 annual meeting, which were simultaneously published in the New England Journal of Medicine.

The study support a ctDNA-guided approach to treatment in this patient population, Tie said, noting that this approach addresses what has been a clinical dilemma: surgery can cure more than 80% of stage 2 patients, but the benefits of chemotherapy after surgery have been less clear — fewer than 1 in 20 patients will benefit, but the ability to predict which patients will benefit has been lacking.

“I see this study as an important kind of new concept in cancers, where for the most part we have really very good survival and outcomes…and now we’re starting to look at ways we can deescalate therapy in a subgroup who we know are going to do well while continuing the more intensive therapy, or even escalating therapy, in the group who we know are not going to do well with our conventional therapies,” Gralow said at a press briefing where the study was highlighted.

“I do believe the results are going to help us guide our selection of who benefits from chemo and who can avoid it — and all the toxicities of it — in stage 2 colon cancer,” she added.

They may also identify patients who may need more than standard treatment. This is a group in which “we might need to think outside the box and do even more besides just thinking about adjuvant chemo,” she told Medscape Medical News in a preconference interview. “Maybe this is a group we should be thinking about adjuvant immunotherapy, for example, or adjuvant EGFR-targeted therapy, or other things that we have shown [to have benefit] in the metastatic setting.”

For the DYNAMIC trial, Tie and colleagues enrolled 455 patients with resected stage 2 colon cancer at multiple centers between August 2015 and August 2019. Of those, 302 were randomized to receive ctDNA-guided chemotherapy and 153 received standard management based on conventional criteria, including tumor stage of disease, number of lymph nodes assessed, whether the tumor had perforated the bowel wall, and other factors.

The Safe-SeqS tumor-informed personalized ctDNA assay was used to detect ctDNA in the experimental group. Patients with a ctDNA-positive result at 4 or 7 weeks after surgery received oxaliplatin-based or fluoropyrimidine chemotherapy; those who were ctDNA-negative were observed during follow-up.

ASCO expert Cathy Eng, MD, applauded the findings, stating in a press release that “thanks to the results of this study, we may now be able to use it to better identify which patient with stage 2 colon cancer would benefit from post-surgery treatment with chemotherapy and which ones can be spared the additional treatment, without compromising relapse-free survival.”

Eng is the David H. Johnson Chair in Surgical and Medical Oncology, co-leader of the Gastrointestinal Cancer Research Program, co-director of GI oncology, and professor of medicine in hematology and oncology at Vanderbilt University, Nashville, Tennessee.

The authors note that a randomized trial is being considered in which ctDNA-positive and -negative patients would be randomized to treatment versus no treatment. This could provide more definitive evidence of treatment impact, or lack of impact, in each of the patient subsets, according to the press release.

Sharon Worcester, MA, is an award-winning medical journalist based in Birmingham, Alabama, who writes for Medscape, MDedge, and other affiliate sites. She currently covers oncology, but she has also written on a variety of other medical specialties and healthcare topics. She can be reached at [email protected] or on Twitter: @SW_MedReporter.