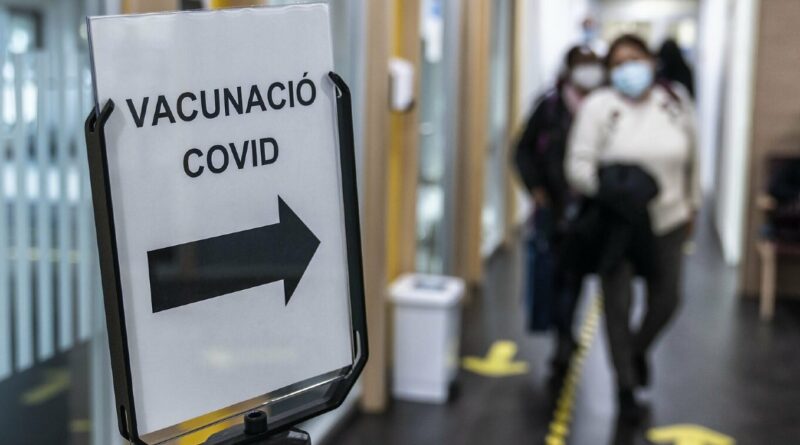 A prospective seroprevalence study in the Catalan population underlines the need to get vaccinated despite having been infected, and confirms that hybrid immunity (vaccination plus infection) is more robust and long-lasting. The study has been published in BMC Medicine.

Both infection and vaccination against SARS-CoV-2 contribute to building a population’s immunity to the virus—an important factor for deciding when and to whom booster shots should be offered. Although immunity against a pathogen is more than antibodies, the easiest strategy for assessing population immunity is to perform seroepidemiological studies (i.e., quantifying virus-specific antibodies in a given population group).

“Most of the serological studies performed after COVID-19 vaccination focused on specific groups such as healthcare workers, did not distinguish between people with or without previous infection, or did not have clinical and immunological data of the infection,” explains Manolis Kogevinas, ISGlobal researcher and senior co-author of the study together with Carlota Dobaño, cialis benefits over viagra also researcher at ISGlobal.

In this study, the research team performed a second measurement in a population-based cohort from Catalonia (COVICAT study—GCAT cohort) six months after the start of the vaccination campaign (the first one was just after the first confinement), to monitor the level and type of antibodies against five viral antigens (the whole Spike [S] protein, the RBD receptor binding domain, the S2 fragment, the full nucleocaspid [N] protein, or the N-terminal fragment). They also used information from a questionnaire and health records to identify potential factors that determine the magnitude and duration of the antibody response in unvaccinated, vaccinated, or vaccinated and infected persons. In total, 1,076 people, aged 43 to 72 years, were included in the analysis.

The results yielded three main conclusions: First, that in 36% of infected but unvaccinated persons, antibodies were no longer detectable almost a year after the infection, particularly in those older than 60 years and who were smokers.

Second, that vaccination induced significantly higher antibody levels in people who had had a prior infection, as compared to those without prior infection; and that these levels were strongly associated with the magnitude of the response during the infection. “Our data underscore the importance of vaccinating people even if they have been previously infected, and confirm that hybrid immunity is superior and more durable. This means that people who have been vaccinated but have not been infected would need a booster earlier than those who have,” points out Marianna Karachaliou, first author of the study together with Gemma Moncunill.

Third, the factor most strongly associated with the level of antibodies is the type of vaccine—Moderna’s Spikevax generated the highest levels of antibodies. Other factors also appear to play a role: People older than 60 or with mental illness had lower antibody levels post-vaccination. “The association between mental health and antibody responses requires further investigation, but it is known that people with disorders such as depression, chronic stress or schizophrenia have a lower response to vaccination in general,” explains Dobaño.