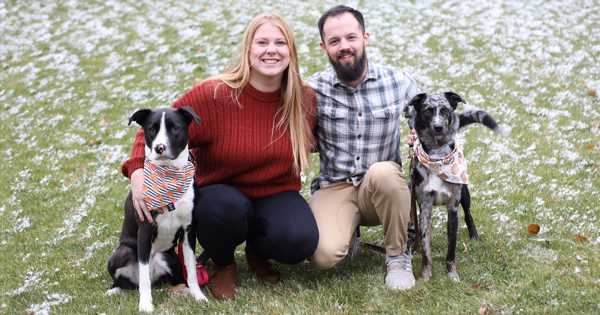 Sometimes all it takes is one serendipitous moment to fall in love. Alexis B. had that very moment the instant she saw a new arrival at Humane Animal Welfare Society (HAWS) in Waukesha, Wisconsin. However, that sweet dog had been on a very long journey to reach Alexis and become the champion he is today.

In August 2020, two tiny puppies were brought to Paws and Hooves Rescue Foundation in Stilwell, Oklahoma. They were found abandoned in a box on the street, order proventil online canada so young they barely had their eyes open. Sadly, one did not survive the first week. The other tiny pup was named Mika. 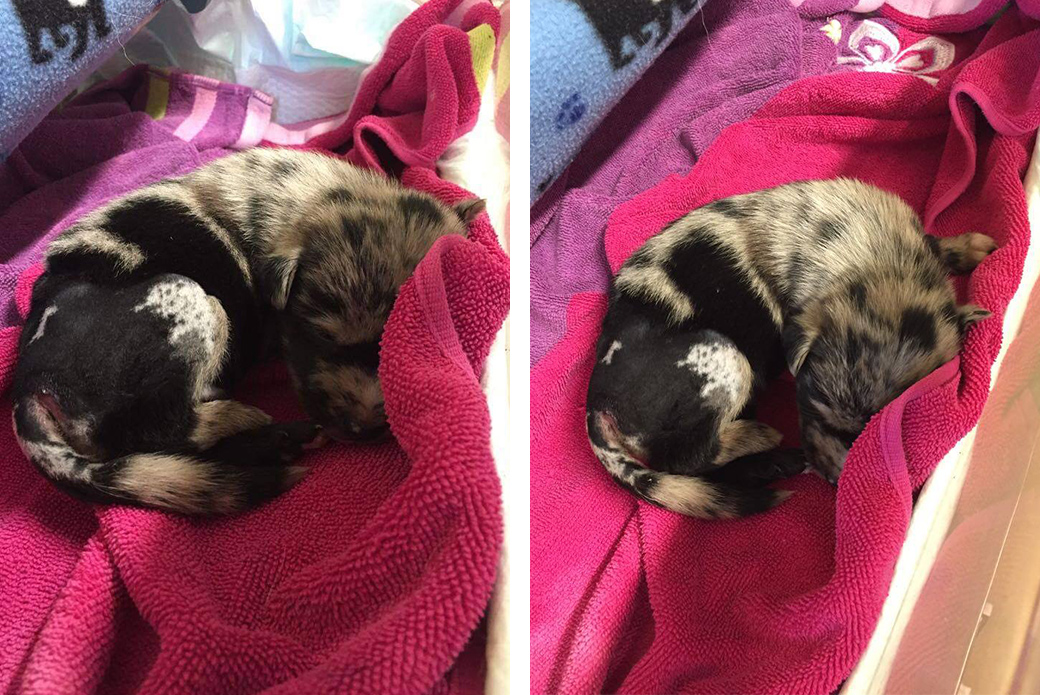 “He was covered in urine and feces and had maggots around his tail and perineum as well as up his back,” says Dr. Yolanda Brown, Veterinarian at Paws and Hooves Rescue Foundation. “We sedated him to clip and clean his wounds and flush the maggots out of his decaying skin. He was a trooper. I actually ended up taking him home with me and we fostered him until he could be left alone overnight.” 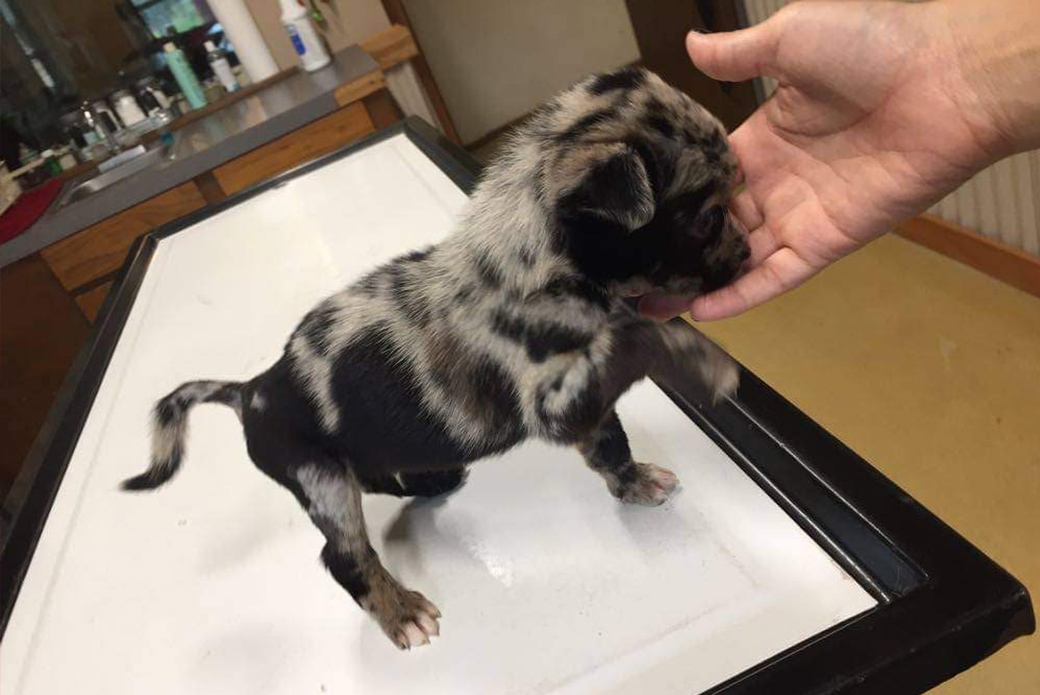 Dr. Brown went above and beyond to help the weak puppy. Heartbroken over the loss of Mika’s sibling, she was hopeful Mika would not only survive, but thrive.

After a few weeks, Mika had learned to eat on his own. When he was healthy enough, he was neutered, and his adopters travelled over two hours to make Mika a part of their family—he knew he was special!

After nearly a year, Mika’s adopter made the devastating decision to return Mika to Paws and Hooves Rescue Foundation. A change in their family circumstances meant they could no longer care for Mika and wanted the sweet dog to live his best life.

Although only a year old, Mika would have more difficulty finding a home.

“It was great to see him again, but we knew we needed to transport him in order to have a similar lifestyle to what he was used to,” says Dr Brown. “Our small town isn’t the best location for adult dog adoptions. He came back to us on September 25, 2021, and then was on transport out on October 4, 2021, with the ASPCA.”

Mika with Chandler, Primary Intake Technician, at his first intake in 2020 (left) and second intake in 2021 (right).

Our Relocation Program makes it possible for animals like Mika to have a better chance of adoption by transporting them to areas where there is a higher demand for adoptable pets.

Mika travelled on the Nancy Silverman Rescue Ride from Oklahoma to Wisconsin where Alexis met him when he arrived at HAWS.

“I like to go around and give dogs treats throughout the week,” Alexis tells us. “Once I saw Mika, I immediately fell in love. That’s not hard to do with his beautiful coat, but there was something else that was so special. I know it’s cheesy, but I felt like we had an instant connection together. I knew he was the right dog for our family.”

Alexis already had one dog in the family so they had to ensure the two dogs would get along.

“We introduced Marley and Mika first at the shelter. They immediately were both excited, so we eventually took them off leash and they didn’t want to stop playing.” 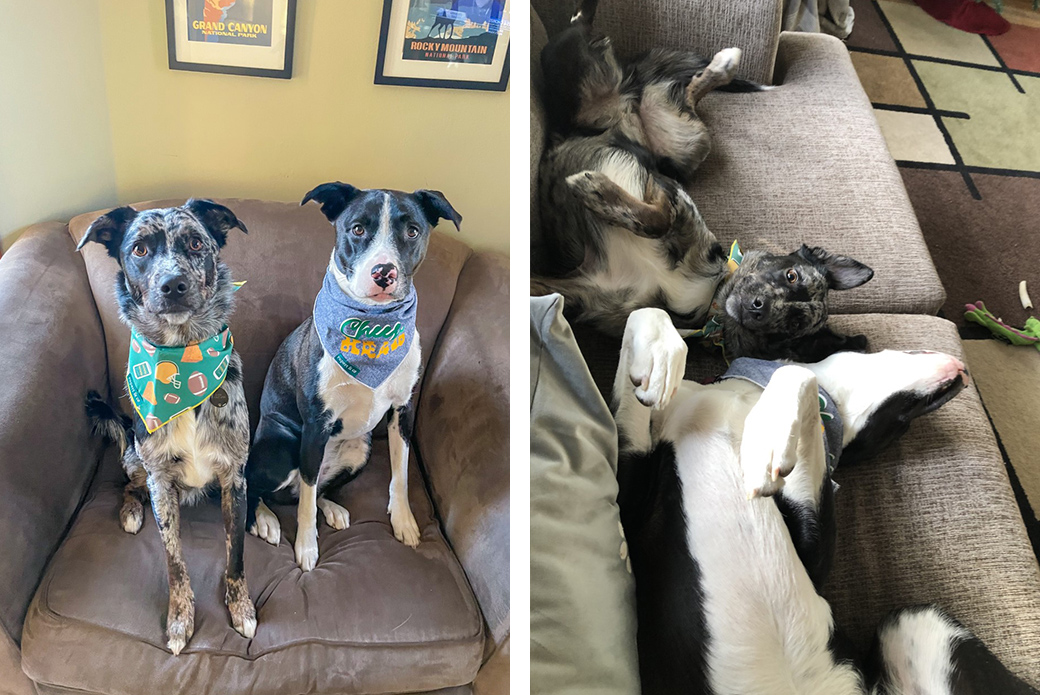 Alexis made the adoption official in September 2021 and changed Mika’s name to Jeter. Now, the canine duo play and snuggle all day long.

Jeter didn’t know many basic manners, but he’s already learned sit, down, stay, shake, spin, and working on leave it and even “sit pretty” to be the most photogenic he can be for pictures. 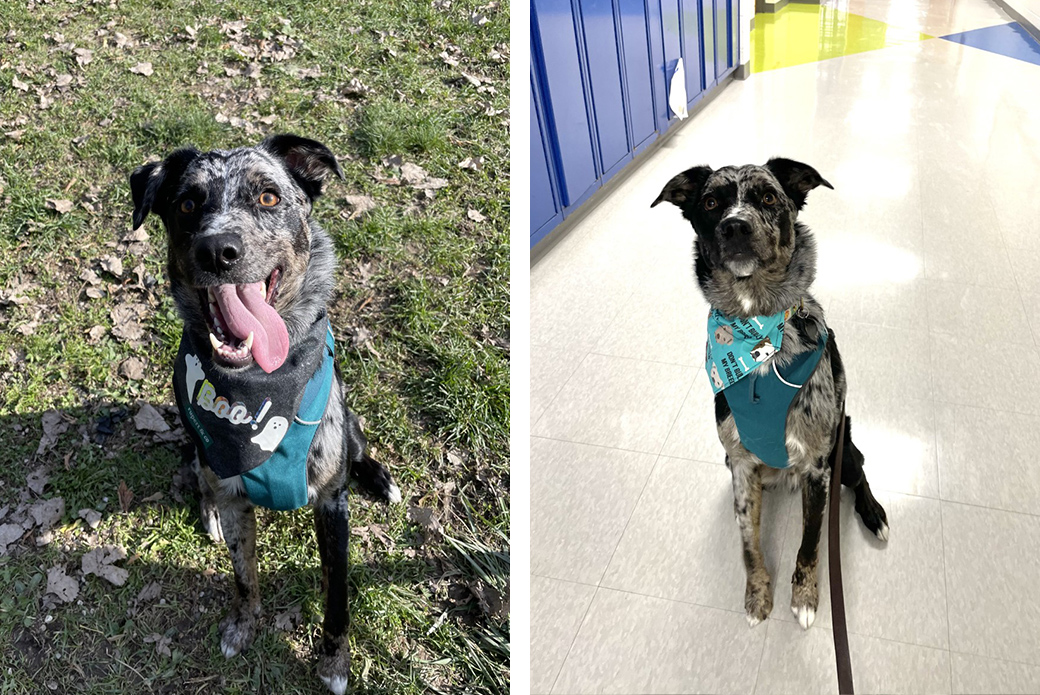 At HAWS, Alexis helps run the education program, including the “No More Bullying” Initiative. Jeter joins Alexis to teach children about core values such as compassion, responsibility, and self-respect so that we can end bullying. By bringing Jeter along, she can incorporate information to inspire the next generation of animal welfare advocates.

Jeter has come a long way—literally and figuratively—from a barely surviving puppy found in a box to a happy dog in a loving home.