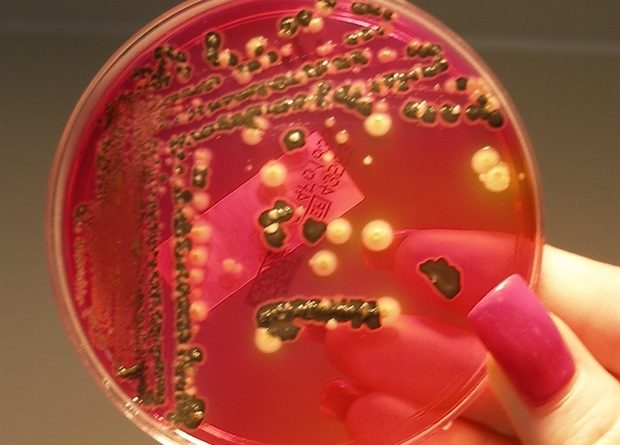 Salmonellae are widely distributed, albeit nomenclaturally controversial pathogens of both humans and animals. Many of Salmonella serotypes can cause typhoid fever and severe diarrhea in humans. Even though Salmonella nomenclature has shown high degree of complexity, in 2005 Salmonella enterica finally gained official scientific approval as the type species of the genus Salmonella.

Furthermore, one other species has been approved and recognized in this genus – Salmonella bongori – with new serovars (serotypes) continually being discovered and reported every year. Salmonella serovars and their antigenic formulae are listed in the White-Kauffmann-Le Minor scheme and updated by the World Health Organization’s Collaborating Centre for Reference and Research on Salmonella at the Pasteur Institute in Paris, France.

Evolution of the taxonomy

Salmonella was named after an American bacteriologist D. E. Salmon, who first isolated Salmonella choleraesuis in 1884 from porcine intestine. Although he initially named the organism Bacillus choleraesuis, Lignieris changed the name in 1900, and salmonellae were differentiated by their serotyping results based on O (somatic) and H (flagellar) antigens.

Salmonella serovars identified after 1966 were designated by their antigenic formula, with each serovar being considered a separate species within the genus Salmonella. Nevertheless, zoloft sexual dysfunction certain clinically important strains identified before 1966 have been named according to the disease, the animal from which the organism was isolated or the geographical region.

A crucial development in Salmonella taxonomy occurred in 1973 when Crosa and his colleagues demonstrated on the basis of DNA-DNA hybridization that all Salmonella strains were related at the species level; hence, they belonged to a single species. Guided by the DNA relatedness and numerical taxonomy, in 1982 Le Minor and his colleagues proposed the name Salmonella choleraesuis for the single Salmonella species, with subsequent definition of six subspecies.

However, due to the confusion that arose by using “choleraesuis” both as a species and serovar name, in 1986 Salmonella enterica was proposed as the type species of Salmonella by the Subcommittee of Enterobacteriaceae of the International Committee on Systematic Bacteriology at the XIV International Congress of Microbiology in Manchester, England.

The name of each sub-species was derived using the name of the type species, followed by the epithets arizonae, diarizonae, enterica, hountanae, indica and salamae. A third species was also identified in the same year and named Salmonella subterranean, but subsequent genetic analyses are placing it closer to Escherichia hermanii.

All antigenic formulae of recognized Salmonella serovars are listed in aforementioned White-Kauffmann-Le Minor scheme, and newly recognized serovars are reported every year in the journal Research in Microbiology. The nomenclature system used at the United States Centers for Disease Control and Prevention (CDC) is based on recommendations from the WHO Collaborating Centre, which is responsible for regular updates of the scheme.

In order to avoid unnecessary confusion between serovars and species, the serovar name is not italicized and starts with a capital letter. As not all serovars have a name, for those designated by their antigenic formulae the subspecies name is written in Roman letters, followed by their antigenic formulae – including O (somatic) and both phase 1 and phase 2 H (flagellar) antigens.

Approximately 60% of all Salmonella serotypes belong to Salmonella enterica subspecies enterica. Within this subspecies, the most common O-antigen serogroups are A, B, C1, C2, D and E. It must be noted that strains in these serogroups cause approximately 99% of Salmonella infections in humans and warm-blooded animals.