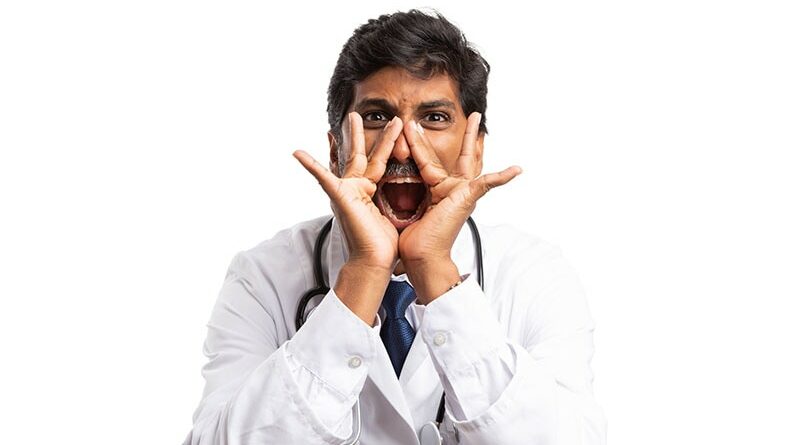 “Is this really the hill you want to die on?” asked Rebecca Shatsky, MD, a medical oncologist at the University of California San Diego.

It was November 18 and Shatsky was on the phone with a retired oncologist working for the health insurance company Premera Blue Cross.

Shatsky was appealing a prior authorization denial for pembrolizumab (Keytruda) to treat her patient with stage IIIc triple negative breast cancer (TNBC). She hoped the peer-to-peer would reverse the denial. The FDA had approved the immunotherapy for people with high-risk TNBC both in the neoadjuvant setting alongside chemotherapy and, lotrel quantity in her patient’s case, as a single-agent adjuvant treatment based on data from the KEYNOTE 522 trial.

In the peer-to-peer, Shatsky laid out the evidence, but she could tell the physician wasn’t going to budge.

When she pressed him further, asking why he was denying potentially lifesaving care for her patient, he said the data on whether patients really need adjuvant pembrolizumab were not clear yet.

“The man — who was not a breast oncologist — was essentially mansplaining breast oncology to me,” she told Medscape Medical News. “I don’t need a nonexpert giving me their misinterpretation of the data.”

Shatsky informed him that this decision would not stand. She would be escalating the claim.

“I’m not going to let you get in way of my patient’s survival,” Shatsky told the physician during the peer-to-peer. “We have one shot to cure this, and if we don’t do it now, patients’ average lifespan is 17 months.”

The conversation turned a few heads in her office.

“My whole office stopped and stared. But then they clapped after they realized why I was yelling,” she tweeted later that night.

She continued: “@premera picked the wrong oncologist to mess with today. I will not be letting this go. This denial. Will. Not. Stand. An insurance company should not get to tell me how to practice medicine when Phase III RCT data and @NCCN + @ASCO guideline support my decision!”

Medscape Medical News reached out to Premera to better understand what had happened: Why the initial request and appeal had been denied. A spokesperson for Premera told Medscape that “while we did see many of the details about the case were posted to Twitter, we cannot comment on the specifics you noted due to privacy policies.”

The spokesperson explained that Premera has “the same goal as our provider partners: ensure our members have access to quality healthcare,” noting that prior authorization helps health plans evaluate the medical necessity and safety of healthcare services given that “15%-30% of care is unnecessary.”

“We also understand that providers may not agree with our decisions, which is why we have a robust appeals process,” the spokesperson said, suggesting Shatsky could have appealed the decision a second time.

And “if the member or provider still disagrees with Premera’s coverage decision after the initial appeal, providers can request review by a medical expert outside Premera who works for an independent review organization,” and the company “will pay for” and “abide by” that decision, the spokesperson added.

After Shatsky tweeted about her experience with Premera, she received a flood of support from the Twitterverse. The thread garnered tens of thousands of likes and hundreds of comments offering support and advice.

Several people suggested asking Merck for help accessing the drug. But Shatsky said no, “I’m tired of laying down and letting [insurance companies] win. It IS worth fighting for.”

The next morning, Shatsky got a call. It was the vice president of medical management at Premera.

“We’ve talked again, and we’ll give you the drug,” Shatsky recalled the Premera vice president saying.

The next day, Monday morning, Shatsky’s patient received her first infusion of pembrolizumab.

Although relieved, Shatsky noted that it wasn’t until she posted her experience to Twitter that Premera seemed to take notice.

According to health policy expert Kelly Anderson, PhD, MPP, getting patients the cancer care they need should not require an oncologist venting on social media. Plus, “an oncologist without a strong social media following may not have gotten care approved and that’s not how medicine should work,” said Anderson, assistant professor in the Department of Clinical Pharmacy, University of Colorado Anschutz Medical Campus, Aurora.

Tatiana Prowell, MD, expressed similar concerns in a November 20 tweet: “And sadly, the patients with cancer & an even busier, more exhausted doctor who doesn’t have a big 📢 on social media will be denied appropriate care. And that’s bank for insurers.”

But, Prowell noted sarcastically, “At least a patient with cancer had her care delayed & a dedicated OncTwitter colleague’s Physician Burnout was exacerbated.”

In this case, the prior authorization process took about a week — requiring an initial prior authorization request, an appeal after the request was denied, a peer-to-peer resulting in a second denial, and finally a tweet and a phone call from a top executive at the company.

In fact, these delays have become so common that Shatsky needs to anticipate and incorporate likely delays into her workflow.

“I learn which drugs will take a long time to get prior authorization for and then plan enough time so that my patient’s care is hopefully not delayed,” Shatsky said. “It should not be so hard to get appropriate and time-sensitive care for our patients.”

This is the first in our Gatekeepers of Care series on issues oncologists and people with cancer face navigating health insurance company requirements. Read more about the series here.

Please email [email protected] to share experiences with prior authorization or other challenges receiving care.