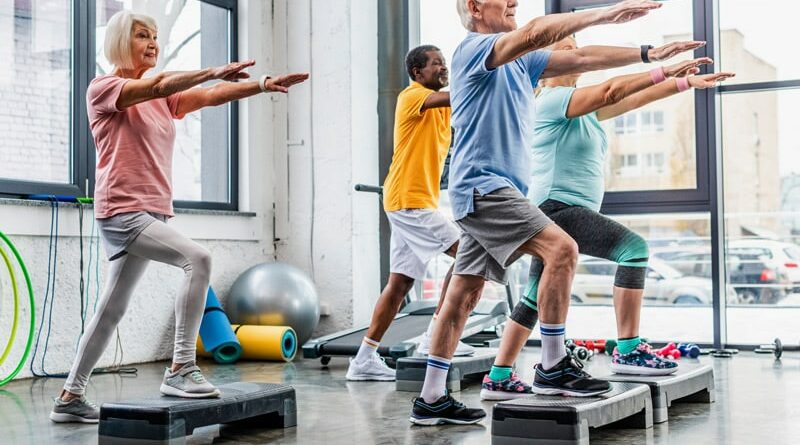 Topline results of the EXERT study show the phase 3 trial failed to meet its primary endpoint of improving cognition in patients with MCI. However, secondary results showed a signal of benefit.

“There’s still a take-home message that exercise could still be beneficial. I don’t think we should sweep that under the carpet,” study investigator Laura Baker, PhD, of Wake Forest University School of Medicine, said in a presentation here at the 15th Clinical Trials on Alzheimer’s Disease (CTAD) Conference.

Research examining exercise and cognition have led to conflicting results. The current trial compared low-impact exercise vs high-impact exercise to each other and to a matched group of participants with MCI who received usual care in another trial.

A total of 114 participants in the high-impact group completed the 12 months of the aerobic exercise program, and 115 completed the low-impact program.

“If you’ve worked with people with mild cognitive impairment and tried to get folks to do something different in their behavior, it’s a difficult task,” Baker said. However, specially trained YMCA staff members managed to get them to exercise, she said, and the participants completed over 31,000 exercise sessions over 12 months.

Baker noted that the study was conducted during the pandemic and that despite this, there was a 78% retention rate.

Per the primary endpoint — scores on ADAS-Cog-Exec, a version of the Alzheimer’s Disease Assessment Scale-Cognitive subscale developed for this trial — there was no decline from baseline for either group at 6 or 12 months. And there was no group difference (P = 0.29) after adjustment for covariates.

However, Baker said, “we also saw no decline over time. There was no decline from baseline to month 12 for cognition in both groups.” In contrast, matched groups of participants who received usual care, and were tracked by the Alzheimer’s Disease Neuroimaging Initiative, did experience cognitive decline.

The differences between the study groups and the matching usual care groups were statistically significant (P = .012 for the aerobic group and P = .0005 for the low-impact group).

A total of 77% of the high impact group and 74% of the low-impact group reported adverse events but there was no statistically significant difference between the two groups (P = .7958).

“These findings suggest that any regular supported exercise of at least 120 to 150 minutes (2 to 2.5 hours) per week, that was our protocol for 12 months, may increase resistance to cognitive decline and mild cognitive impairment. It’s important to note that this trial was conducted during a pandemic,” said Baker.

In an interview with Medscape Medical News, Baker elaborated on the study findings. When asked why low-impact exercise may have had an impact, she pointed to volume — 12 months x 3.5 sessions/week at a slightly elevated heart rate — and social contact which is often lacking in patients with MCI.

Baker noted the team is planning another project to establish a community-based exercise program for all older adults.

“We hope to develop the necessary community partnerships so that the program can continue in the future with Medicare support,” she added.

Commenting on the findings, Howard Fillit, MD, co-founder and chief science officer at the Alzheimer’s Drug Discovery Foundation and the moderator of the CTAD session that included Baker’s presentation, said the research was “well done,” and he noted that it “illustrates some of the difficulties in trying to translate epidemiology into real-world practice with randomized trials as the gold standard of evidence.”

He added that “exercise has been shown to have a benefit, yet you couldn’t do it here.” Baker responded that while the study didn’t reach its primary endpoint, it still suggests value to exercise on the cognitive front.

The study was funded by the National Institute on Aging. The study authors report no relevant financial relationships. Disclosure information for Fillit was not provided.