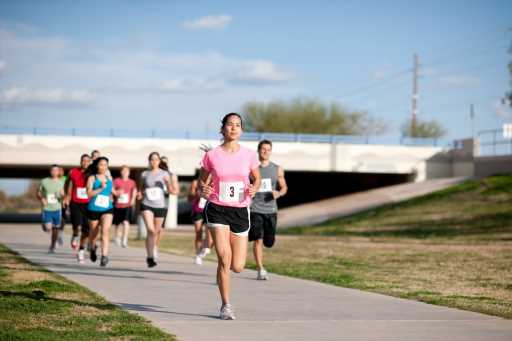 Exercise is a highly personal activity. Some do it to reach or maintain quantifiable fitness goals; others do it to experience the mental and emotional benefits of regular movement. There’s no right or wrong way to incorporate exercise into your life — which is precisely why this Redditor is so annoyed at her boyfriend, who has been pressuring her to track her runs and share the data with him.

User @runningdali made a pitstop at the /AmITheAsshole Subreddit for some insight into a complicated situation with her boyfriend. She and her BF are both avid runners, although they usually go for runs solo. He “loves tracking his runs” and pays close attention to his speed and training regimens, while she simply enjoys the meditative quality of the sport.

“I’ll just go out and run at whatever speed feels good that day, for however long feels good that day. I’ll go wherever looks cool or scenic,” she explained. “It really varies depending on my mood and energy level, but I usually run for 30-60 minutes, varying my speed a lot.”

Since @runningdali takes such a laid-back approach to running, soma son dk she and her BF assumed he would be faster — that is, until she outran him in a recent charity half-marathon. “And I was genuinely surprised, because I kinda just use running to help with anxiety,” she recalled. “I don’t care how the run goes; it’s just nice to be outdoors and feel connected with my body. But my boyfriend really wanted to know how I did it. He thought I must have been doing something to train.”

Ever since then, her BF has been pressuring her to borrow his Apple Watch and track her speed “every time” she goes running. It’s become a point of contention, she explained: “I don’t really want to do that [because] I feel like tracking and analyzing things would ruin my fun. But literally every time he’s gotten annoyed at me, even saying stuff (in a kinda joking way, but still) that he talked to his running buddies and ‘untracked runs don’t count’ and ‘it’s basically sacrilege,’ and on a more serious note, ‘Don’t you want to know your progress?’”

Yikes. It should go without saying, but all exercise is valid regardless of whether you track it. And besides, @runningdali and her BF run a few half marathons each year, so she does have a reliable method of gauging her progress. She said she has tried to give her BF some informal advice, but he keeps pushing back and urging her to track her exercise.

“I feel like he’s probably feeling kinda insecure [that] I ran better in that race and is trying to make sense of it,” she admitted, “so maybe I’m being too stubborn about not wanting to try it. AITA for not tracking my runs, when my runner boyfriend wants to see?”

By and large, AITA Redditors were Team @runningdali.

“NTA whatsoever,” wrote one commenter. “Your boyfriend is insecure and envious of you, the fact that you had an easier time in the race probably hurt his fragile ego. ‘Untracked runs don’t count’ is utter bullshit. You don’t have to track your runs; stand your ground because you really don’t want to ruin the fun of running.”

“Tell him to stop turning your healthy coping mechanism into another source of stress,” another user added. “He’s being absurd.”

Before you go, check out these inspiring quotes to help encourage positive attitudes about food and bodies: