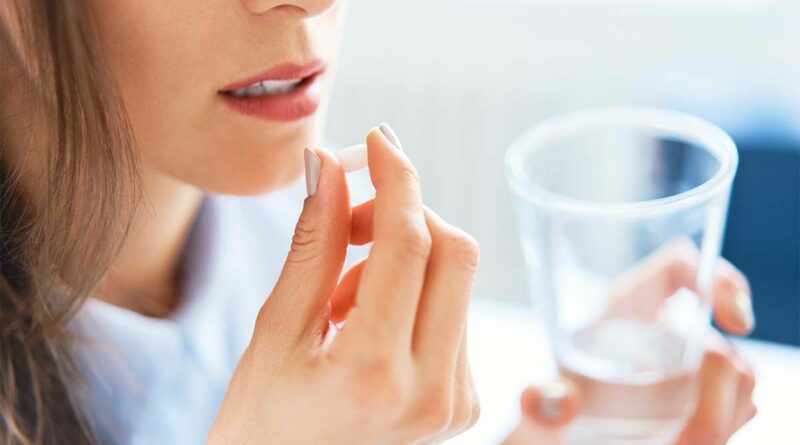 The grim reality about cancer is that anyone can develop the condition but that’s not to say that certain factors can’t make you more prone to the deadly condition. Worryingly, research has linked a popular heartburn medicine to various cancer types.

Characterised by a stubborn burning feeling in your chest, heartburn is an uncomfortable sensation triggered by stomach acid travelling up towards your throat.

However, you’re not left entirely at the mercy of your body easing this unpleasant symptom on its own.

While there are different medicines that can neutralise the tricky stomach acid, one medication has been concerningly linked to a higher risk of cancer.

The popular medication in question is ranitidine, better known under its brand version as Zantac.

READ MORE: Acholic stools are ‘the most common’ sign of pancreatic cancer in ‘initial’ stages

Ranitidine can not only act as an effective salve for acid reflux and heartburn but it can also be used to prevent and treat stomach ulcers.

After UK drug-maker GlaxoSmithKline had launched this potent heartburn medicine in 1981, the drug became one of the nation’s greatest pharmaceutical successes, reaching the title of the world’s best-selling drug that earned more than a billion dollars in annual sales.

Patients were told to take one tablet with a glass of water 15 to 60 minutes before eating food or drinking beverages that cause heartburn.

However, American scientists first raised alarm around Zantac three years ago, after the study of commercially available samples of this medicine showed that they contained “extremely high levels” of a chemical called N-Nitrosodimethylamine (NDMA).

The study reported that there were significantly higher proportional reporting ratios for pharyngeal, oesophageal, stomach, colorectal and pancreatic cancers.

This ability of ranitidine to degrade over time into NDMA was raised with FDA, with experts stressing this risk is particularly high if the medicine is stored in hot and humid conditions.

The FDA issued a safety recall of all ranitidine-based products, which also prompted the Medicines and Healthcare products Regulatory Agency (MHRA), to issue an alert for all healthcare professionals and retailers to stop supplying ranitidine medications.

MHRA spokesperson said: “The European Medicines Agency (EMA) initiated a review under Article 31 of Directive 2001/83/EC on 12/09/2019, at the request of the European Commission (EC), to evaluate the potential root causes of the reported presence of N- NDMA or other nitrosamines in ranitidine medicines and potential endogenous formation of NDMA in humans following treatment with ranitidine products, and their impact on benefit-risk balance of the medicines.

“The investigation of the presence of NDMA in ranitidine products was undertaken as part of the Article 31 referral; the outcome was published in the European Commission (EC) implementing decision (C(2020) 8429 final) of 24.11.2020.

“The MHRA in accordance with the outcome of the Article 31 referral (EMEA/H/A-31/1491) and EC Implementing Decision (C(2020) 8429 final) of 24/11/2020 suspended all UK marketing authorisations for ranitidine containing products for human use.

However, GSK continues to dismiss the link between Zantac and cancer. In a statement in August, it said: “The overwhelming weight of the scientific evidence supports the conclusion that there is no increased cancer risk associated with the use of ranitidine.

“Suggestions to the contrary are therefore inconsistent with the science and GSK will vigorously defend itself against all meritless claims alleging otherwise.”

Furthermore, courts across the U.S. are seeing more than 3,700 legal actions filed by people who claim that taking Zantac and other ranitidine-based medications has caused them to develop cancers.