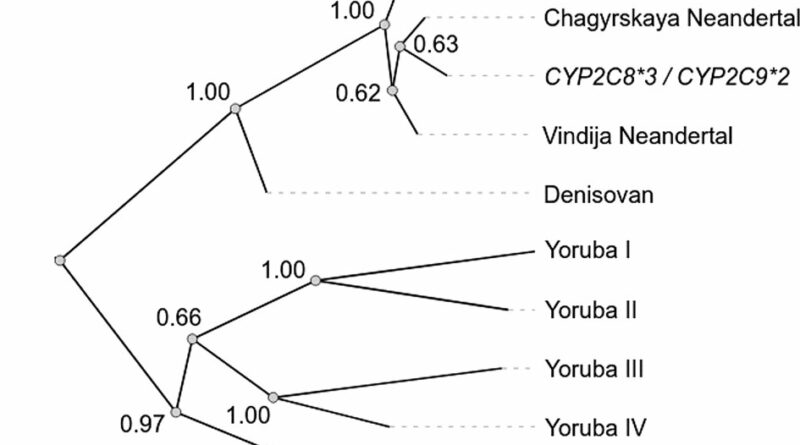 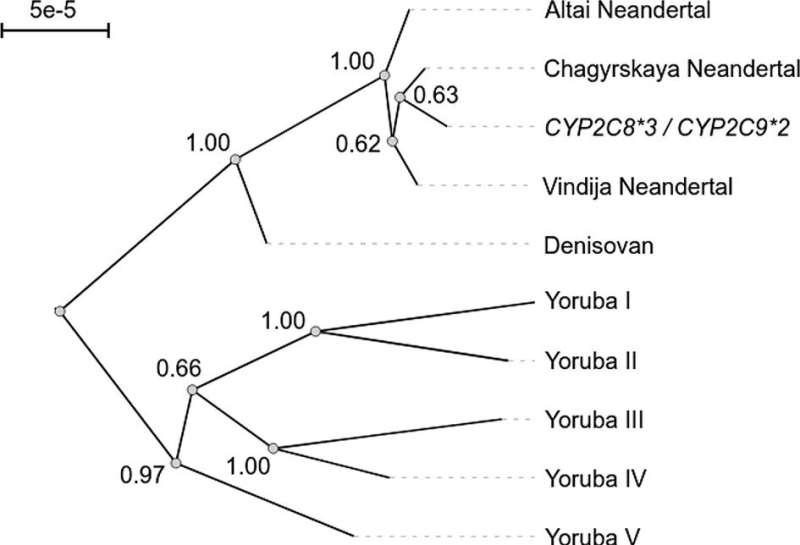 For a drug to be effective and not harmful it needs to be administered at the right dosage. Certain enzymes in the body eliminate drugs, and the activity of these enzymes vary between individuals. Researchers at the Max Planck Institute for Evolutionary Anthropology in Germany and Karolinska Institutet in Sweden have studied two enzymatic variants that eliminate drugs less efficiently and show that the these enzyme variants are inherited from Neanderthals.

Precision medicine aims to customize health care, with treatments tailored to each patient. The hope is that patients are prescribed medications in the right dosage, appropriate to them, based on genetic and other factors. It is well known that genetic variants in the genes encoding enzymes in the cytochrome P450 family affect how efficient these enzymes are.

In the present study, published in The Pharmacogenomics Journal, a team of researchers discovered that two of the most important genetic variants influencing the the ability to eliminate drugs are inherited from Neanderthals. These variants are carried by 20% of present-day Europeans.

The study, led by Hugo Zeberg, researcher at the Department of Neuroscience and Max Planck Institute for Evolutionary Anthropology, Karolinska Institutet, and Svante Pääbo, Director at the Max Planck Institute for Evolutionary Anthropology, identified a DNA segment inherited from Neanderthals, carrying two cytochrome P450 enzymes. These enzymes eliminate several common drugs such as the blood thinner warfarin, the antiepileptic drugs phenytoin, the cholesterol lowering drugs statins and common painkillers such as ibuprofen. The Neanderthal variants of the enzymes are generally less efficient at eliminating drugs.

“This is one case where the admixture with Neanderthals has a direct impact in the clinic. Otherwise therapeutic doses can be toxic for carriers of the Neanderthal gene variant,” says Hugo Zeberg.