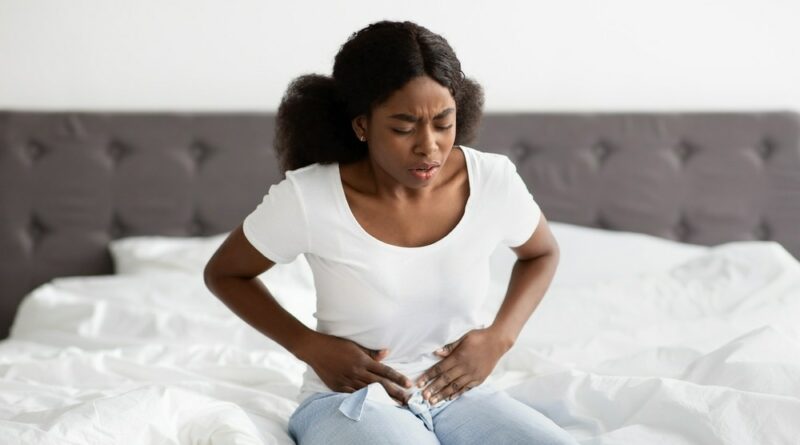 Endometriosis is a painful and sometimes disabling condition that can often cause or contribute to female infertility. It affects up to a tenth of reproductive-age women. A new study looks at the potential effect of exposure to four heavy metals on the risk of endometriosis.

Endometriosis is a condition in which endometrial cells, both glandular and stromal cells, exist as actively proliferating and secreting collections at ectopic locations outside the endometrial cavity. Since endometrial tissue is characterized by periodic shedding and regrowth, lupron warfarin also called menstruation, endometriosis can present with bleeding into the pelvis, secondary dysmenorrhea, chronic pelvic pain, infertility, and dyspareunia.

Multiple hypotheses have been advanced to explain its causation, including ectopic implantation of shed endometrium; the spread of endometrial tissue by blood and lymphoid vessels; endocrine abnormalities; coelomic metaplasia; immunologic abnormalities; heredity; environmental factors; and many others. Most cases remain unexplained.

Recently, many studies have focused on the effect of heavy metals on the risk of endometriosis. These metals come from industrial processes and may contaminate the air and food. They may enter the human body through food, water, skin absorption, or inhalation.

The build-up of these metals could increase free radicals, promoting oxidative stress on the tissues while impairing antioxidant activity. This includes damage to protein and lipid components via oxidation, with potential changes in gene expression. The outcomes may include adverse effects on neurologic and reproductive function, especially since some of these metals impact the synthesis of female reproductive hormones and may trigger metabolic abnormalities.

The current study, published in Science of the Total Environment, focuses on lead, arsenic, cadmium, and mercury, all of which have been linked to the disordered functioning of the human reproductive system. Some associations include menstrual disorders, adverse pregnancy outcomes, DNA damage and mitochondrial dysfunction, and higher breast and endometrial cancer risk. They are therefore considered endocrine-disrupting metals.

The researchers explored heavy metal concentrations in blood and follicular fluid in women with and without endometriosis in a cohort of over 600 women undergoing their first in vitro fertilization at one center in Hefei, China. All 234 cases had an endometriotic mass on one side but had no genetic, metabolic, neurologic, or autoimmune disorders. All 217 controls had male factor infertility without any other medical disorders.

The average patient age was 31 years, and the average body mass index was approximately 21. Over a third of the cases had a history of passive smoking. After collecting the data, the scientists used a new analytic method to understand better how heavy metals affect the risk of this condition.

For blood levels of arsenic, the raw risk of endometriosis increased five times from the lowest to the highest tertile. The increase was three times with cadmium and lead and 13 times higher with mercury.

This difference persisted even when age, BMI, menstrual cycle, dysmenorrhea, number of pregnancies, and hormone levels for the follicle-stimulating hormone (FSH) and estradiol, as well as the ovarian epithelial tumor marker CA125, were all compensated for.

For follicular fluid, the adjusted odds for endometriosis risk increased by >two times for arsenic and mercury, from the lowest to the highest tertile of exposure; and by > three times for cadmium. No association was found for lead in follicular fluid, but medium lead levels were linked to a doubling of the risk compared to the low-exposure group.

In the group exposed to high vs. low mercury levels, compared with the median value in the control group, these increases remained significant for arsenic, cadmium, mercury, and lead in blood samples. The increases in endometriosis risk from lowest to highest tertiles varied from 3.6 times with cadmium to >60 times for mercury in the group aged 30 years or above.

In women above 30 years, the same relationships were found. Overall, the risk increased by 14 times.

Further analysis showed that mercury and arsenic exposure contributed to the risk of endometriosis in blood but not follicular fluid. In combination with other metals considered at the median value in blood, mercury showed a U-shaped curve, where endometriosis risk was highest at the highest and lowest exposure levels, respectively. The other three were positively associated with the risk.

Perhaps due to increasing pollution, mercury, lead, and cadmium levels were higher than those reported in earlier studies in women diagnosed with endometriosis. All four metals reported here were linked to higher endometriosis incidence in Chinese women.

Earlier studies have not shown cadmium exposure to be linked to endometriosis risk. Perhaps this is because of variation in exposure levels, sample collection or sample size, while follicular fluid samples for this purpose are here reported for the first time.

Few studies have explored the link between mercury exposure and endometriosis risk, but the current experiment showed positive associations, especially in blood samples. This needs to be validated because of the small number of cases in the low-exposure group.

Arsenic levels in women with endometriosis exceeded those in the control group. Lead levels were also associated with this condition. Still, the concentration of this metal in follicular fluid was low, perhaps because of active and passive transport but also because lead may accumulate in blood compared to follicular fluid. This could be due to its distorting effect on red cell membrane proteins.

About 80% of lead in the blood passes through the membrane and binds to components within the cell.

The effects of heavy metals on endometriosis may be mediated by estradiol, acting via estrogen receptors (ER) that promote endometrial cell proliferation, worsening endometriosis symptoms. Another mechanism might be via the oxidative stress induced by these metals, both by increasing oxidizing molecule concentrations and reducing antioxidant capacity. This promotes endometrial cell proliferation and invasion into locations outside the uterus.

Cadmium may act in both these ways, while mercury could induce oxidative stress, like lead. Mercury also shows, like cadmium, physiologic estrogenic effects, but lead may have anti-estrogenic action. Arsenic is an endocrine disruptor with estrogenic activity in vitro, but more data is needed to confirm its mechanism in endometriosis.

The study focused on simultaneous exposures. Earlier, cadmium-lead mixed exposure was reported to be synergistic for endometriosis. The current paper described linear relationships between metal mixtures and endometriosis risk, especially in blood samples. However, arsenic seems to be the biggest contributor.

While this may suggest that heavy metal exposure is a predictor of increased endometriosis risk, larger studies with a longer follow-up period are essential to understand how endometriosis occurs and the benefits of limiting exposure to heavy metals.