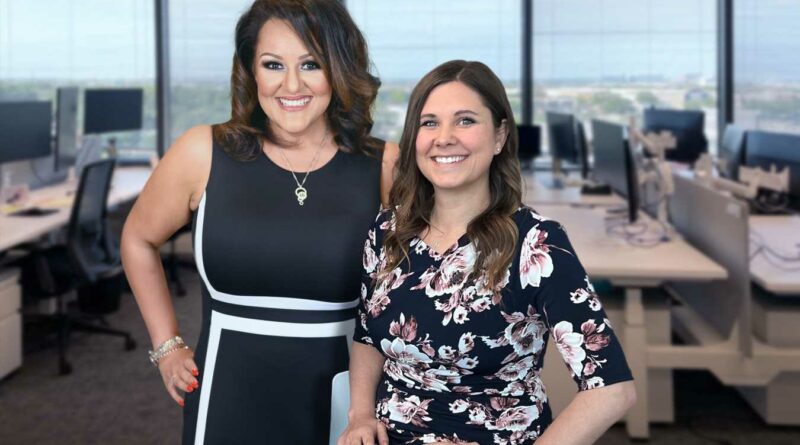 Katie Coleman stood face-to-face with a choice no job seeker should ever have to make. She could tell her prospective employer she had stage 4 kidney cancer, the most life-threatening stage of all.

Or she could stay mum.

She knew she risked losing any shot at the job by being honest about her diagnosis — or risked losing her self-respect by keeping quiet about it.

This may sound like the plot of an episode of “Grey’s Anatomy.” It’s not. It’s the decision that confronted the 31-year-old resident of Austin, Texas, who has been battling the deadly disease for nearly three years.

“The number of ppl advising me to not disclose my [diagnosis] is astounding,” she tweeted in mid-April. The concern was that employers might worry about the costs and absenteeism that can result from such a condition — even though federal law prohibits employers from taking health issues into account when hiring.

Yet, while interviewing for the high-pressure software engineering job she desperately wanted, Coleman shared her diagnosis with the CEO of MDisrupt, lyrical trochaic metre an Austin-based company that connects clinicians and scientists with digital health companies.

Ruby Gadelrab, CEO and founder of MDisrupt, was unfazed. Moments after interviewing Coleman for a job, she tweeted: “Today I met a candidate who applied for one of our jobs, and she might just be the most inspiring person I have ever met.”

Coleman’s personal story is both hair-raising and hope-inducing. It took 18 months to get an accurate diagnosis in the first place, after eight doctors insisted she was too young for cancer and the real problem must be anxiety. Finally, on New Year’s Eve 2020, an ultrasound performed in an emergency room helped determine she had metastatic renal oncocytoma, a rare form of kidney cancer, which became malignant only after it spread to her liver. Then she underwent extensive surgery to remove a 12-centimeter tumor from her right kidney and numerous tumors from her liver. In a second procedure, doctors burned tiny tumors off her liver that were too small to see during the first surgery. Coleman asked doctors at the National Cancer Institute to perform the surgery and procedure because they were the only ones who she consulted who were willing to operate. She also knew they were interested in studying rare kidney cancers like hers.

None of this — not the surgery, the prognosis, her honesty — stopped Coleman from snaring her dream, nor MDisrupt from hiring her as a full-time software developer.

Coleman’s experience has become something of social media lore as she shares updates about her cancer battle and her new job in posts on Twitter, YouTube, Instagram, and TikTok. She’s leaving a deep footprint across social media that she believes could help fellow cancer patients for years to come.

At the same time, her story has become a high-profile reminder to employers and job candidates that a prospective employee’s medical history is their own business — unless they opt to share it.

The Americans with Disabilities Act prohibits asking prospective employees anything about their medical history — or using health issues as a basis for not hiring them, said Joyce Walker-Jones, senior attorney and adviser at the U.S. Equal Employment Opportunity Commission.

Walker-Jones does not recommend sharing medical information with potential employers. “If an applicant knows they have a serious medical condition, they do not have a duty to disclose it — even if they will need reasonable accommodations if they get the job,” she said.

In that regard, Coleman threw caution to the wind.

She applied for the job at MDisrupt because a recruiter who’d spotted her cancer-be-damned social media posts approached her. Gadelrab said she wasn’t aware of Coleman’s cancer battle and never asked about her health. But Coleman opted to lead with her diagnosis and shared her story.

“I look at my diagnosis as my greatest strength,” Coleman said. The type of tumor she has is almost always benign, but in her case, it wasn’t.

Since fall, she has been off treatment and said she is on “active surveillance,” monitoring with scans every three months to keep a close eye on a few suspicious spots too small to treat.

She also is on a personal mission to destroy her cancer — in part by keeping digital tabs on all the twists and turns in her medical journey with an app she built. Coleman started working on her app concept after her surgery but before her liver procedure in 2021.

The app allows her to keep track of her doctors — and everything else she needs for her care — in one place. She shared her creation for other patients to use free of charge. Gadelrab  “really liked that I was building a positive out of a negative,” Coleman said.

Gadelrab said she seeks three critical qualities — none health-related — in new employees: passion, purpose, and potential. She said she found all three in Coleman.

“Katie was so passionate. She has a way of communicating her empathy towards providers and patients that’s different from others,” said Gadelrab. “That is exactly the kind of thinking that we need to have as a company: empathy for our users. Katie came in with that.”

Still, Coleman was hesitant about taking the job once she got the offer. She was waiting for yet another critical cancer scan. She was nervous about leaving a company that had been good to her. And she was anxious about changing insurers. Then, something unexpected persuaded her to accept the offer.

While at home packing her bags to go to the hospital for the scan — which the folks at MDisrupt knew was coming — she heard a knock at her door. When she answered, she saw a huge bouquet of orange roses — the color that signifies kidney cancer awareness. It was from MDisrupt. The note said: “Good luck on the scans.”

She took the job.

Coleman’s first day was in late April. She works from home most of the time but visits the office once or twice weekly for group gatherings. She doesn’t recommend that all people with serious illnesses be so open with prospective employers.

“My advice is to first do the research on the company that you want to work for and know that they will be supportive,” she said.

Coleman, who has 40,000 TikTok followers and nearly 5,000 Twitter followers, continues to document her cancer battle on social media — and in a new blog. She pokes fun at herself in her posts because, she said, her self-deprecation often elicits more donations to the kidney cancer research she promotes. Perhaps her recent tweet says it best:

“My pet peeves can be summarized by: 1. Cancer. 2. Mansplaining. 3. Missing sauce packets w/takeout.”