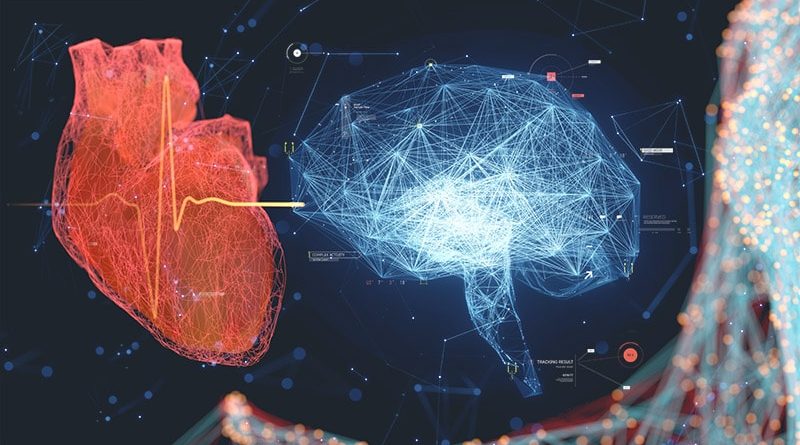 Patients who suffer a stroke during hospitalization for infective endocarditis (IE) after transcatheter aortic valve replacement (TAVR) have a dismal prognosis, with more than half dying during the index hospitalization and two thirds within the first year, a new study shows.

The study — the first to evaluate stroke as an IE-related complication following TAVR in a large multicenter cohort — is published in the May 11 issue of the Journal of the American College of Cardiology.

The authors, medication synthroid led by David del Val, MD, Quebec Heart & Lung Institute, Quebec City, Canada, explain that IE after TAVR is a rare but serious complication associated with a high mortality rate. Neurologic events, especially stroke, remain one of the most common and potentially disabling IE-related complications, but until now, no study has attempted to evaluate the predictors of stroke and outcomes in patients with IE following TAVR.

For the current study, the authors analyzed data from the Infectious Endocarditis after TAVR International Registry, including 569 patients who developed definite IE following TAVR from 59 centers in 11 countries.

Patients who experienced a stroke during IE admission were compared with patients who did not have a stroke.

Results showed that 57 patients (10%) had a stroke during IE hospitalization, with no differences in the causative microorganism between groups. Stroke patients had higher rates of acute renal failure, systemic embolization, and persistent bacteremia.

Factors associated with a higher risk for stroke during the index IE hospitalization included stroke before IE, moderate or higher residual aortic regurgitation after TAVR, balloon-expandable valves, IE within 30 days after TAVR, and vegetation size >8 mm.

“The presence of such factors (particularly in combination) may be considered for determining an earlier and more aggressive (medical or surgical) treatment in these patients,” the researchers say.

Surgery rates were low (25%) even in the presence of stroke and failed to improve outcomes in this population.

Noting that consensus guidelines for managing patients with IE recommend surgery along with antibiotic treatment for patients developing systemic embolism, particularly stroke, the researchers say their findings suggest that such surgery recommendations may not be extrapolated to TAVR-IE patients, and specific guidelines are warranted for this particular population.

Furthermore, the possibility of early surgery in those patients with factors increasing the risk for stroke should be evaluated in future studies.

The authors note that TAVR has revolutionized the treatment of aortic stenosis and is currently moving toward less complex and younger patients with lower surgical risk. Despite the relatively low incidence of IE after TAVR, the number of procedures is expected to grow exponentially, increasing the number of patients at risk of developing this life-threatening complication. Therefore, detailed knowledge of this disease and its complications is essential to improve outcomes.

They point out that the 10% rate of stroke found in this study is substantially lower compared with the largest surgical prosthetic-valve infective endocarditis registries, but they suggest that the unique clinical profile of TAVR patients may lead to an underdiagnosis of stroke, with a high proportion of elderly patients who more frequently present with nonspecific symptoms.

They conclude that “IE post-TAVR is associated with a poor prognosis with high in-hospital and late mortality rates. Our study reveals that patients with IE after TAVR complicated by stroke showed an even worse prognosis.”

“The progressive implementation of advanced imaging modalities for early IE diagnosis, especially nuclear imaging, may translate into a better prognosis in coming years. Close attention should be paid to early recognition of stroke-associated factors to improve clinical outcomes,” they add.

In an accompanying editorial, Vuyisile Nkomo, MD, Daniel DeSimone, MD, and William Miranda, MD, Mayo Clinic, Rochester, Minnesota, say the current study “highlights the devastating consequences of IE after TAVR and the even worse consequences when IE was associated with stroke.”

This points to the critical importance of efforts to prevent IE with appropriate antibiotic prophylaxis and addressing potential sources of infection (eg, dental screening) before invasive cardiac procedures.

“Patient education is critical in regard to recognizing early signs and symptoms of IE. In particular, patients must be informed to obtain blood cultures with any episode of fever, as identification of bacteremia is critical in the diagnosis of IE,” the editorialists comment.

Endocarditis should also be suspected in afebrile patients with increasing transcatheter heart valve gradients or new or worsening regurgitation, they state.

Multimodality imaging is important for the early diagnosis of IE to facilitate prompt antibiotic treatment and potentially decrease the risk for IE complications, especially systemic embolization, they add.

“Despite the unequivocal advances in the safety and periprocedural complications of TAVR, IE with and without stroke in this TAVR population remains a dreadful complication,” they conclude.

Del Val was supported by a research grant from the Fundación Alfonso Martin Escudero (Madrid, Spain). The editorialists have disclosed no relevant financial relationships.