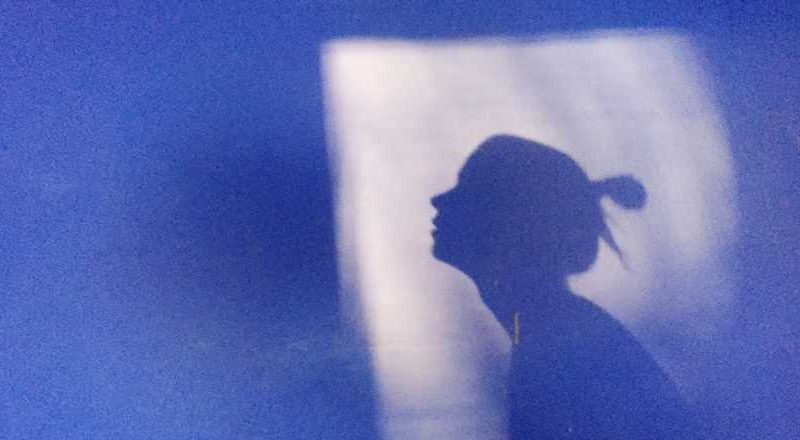 As the government updates its strategy to tackle the epidemic of male violence against women and girls, Stylist launches A Fearless Future: our initiative calling for a culture-shifting public awareness campaign that gets to the root of the problem.

Back in March, the death of marketing executive Sarah Everard prompted an outpouring of grief and rage across the UK. The specifics of the case were deeply shocking, not least because a serving Metropolitan Police officer was later charged with Everard’s kidnap and murder. But there was nothing out of the ordinary about its context: namely, a culture in which male violence against women and girls is normalised, enabled and excused.

This is a culture that recently saw a teenage girl fall down the side of a train after being assaulted in broad daylight by a group of young men. This is a culture in which newspapers are routinely sympathetic in their coverage of domestic abusers, romanticising murderers as “jilted lovers” and speculating that female victims may have had affairs. This is a culture in which a woman is killed by a man every three days, and a new survey of 20,000 women found that 99.7% had been subjected to violence (including sexual harassment, assault and rape), allied term life insurance with the overwhelming majority of those offences committed by men.

This is the culture that Stylist wants to change. Our new campaign, A Fearless Future, aims to challenge the attitudes that underpin, encourage and tolerate male violence against women and girls in our society.

With the support of more than 60 activists, academics, specialist organisations, politicians and public figures, we’re calling on the UK government to fund an ongoing, high-profile, expert-informed public awareness campaign about male violence against women and girls. And we’d love for you to join us.

Prevention is better than cure

The criminal justice system, as it stands, does not adequately support or protect female survivors of male violence. Just one in 70 reports of rape in England and Wales currently results in a charge, let alone a conviction. The government has now committed to a comprehensive review of how rape cases are handled at every stage of the criminal justice system, ahead of the publication of its refreshed violence against women and girls strategy this summer.

But even when violent crimes against women are prosecuted relatively successfully, that doesn’t prevent violence from happening in the first place. Over three-quarters of domestic abuse-related prosecutions in England and Wales resulted in a conviction in the year ending March 2020 – yet levels of abuse rose during the coronavirus pandemic.

While perpetrators of abuse must be held accountable, experts agree that we can’t police or legislate our way out of the current epidemic of male violence against women and girls.

“It’s not about the law – we’ve had a really progressive definition of consent and sexual offences for nearly two decades under the Sexual Offences Act 2003,” Katie Russell, national spokesperson for Rape Crisis England & Wales, tells Stylist. “It’s about lack of understanding and application of that law, and we absolutely believe that part of the reason for that is the sexist, misogynistic and victim-blaming culture in which we live.”

Misogyny needs to be reframed as a public health crisis

If we want to work towards a truly fearless future and eradicate male violence against women, we have to think about how to shift the culture – and that means changing the attitudes and beliefs of men. It’s a daunting challenge, but any doctor will tell you that prevention is better than cure.

“Violence is a larger risk to women’s health than obesity, blood pressure and heart disease. It costs the economy £66bn per year,” Nazir Afzal, a former chief crown prosecutor and current advisor to the Welsh government on gender-based violence, tells Stylist. “Misogyny needs to be reframed as a public health crisis facing half the population.”

Male violence against women and girls: to get to the root of the problem, we have to think about culture change

The power of public awareness campaigns

If we think about tackling the causes of male violence against women, not just the symptoms, we can begin to see a way forward. Evidence shows that government-funded awareness campaigns can have a pronounced positive effect on public attitudes and behaviours: just look at the famous THINK! road safety campaign, which correlated with a 46% drop in UK road deaths between 2000 and 2010.

Similarly, there was a 300% rise in the public’s understanding of alcohol units between 1989 and 1994, when the government ran a campaign about sensible drinking. Research by the UK Centre for Tobacco & Alcohol Studies has attributed 13.5% of the decline in smoking prevalence between 2002 and 2009 to tobacco control mass media campaigns. And in 2013, the Home Office launched an award-winning but short-lived initiative aimed at teenagers, designed to boost awareness of issues surrounding abusive relationships. Young people who saw the campaign were more likely to question rape and consent myths, and more likely to say they would speak out about controlling behaviour, verbal abuse or physical violence.

It doesn’t seem too much to ask for a similar campaign aimed at over-18s – one that’s pitched at men, funded for long enough to make an impact, and developed in collaboration with specialist organisations run by and for women.

“Any awareness-raising campaign must reflect and elevate the voices of all women and girls in ways that are empowering and representative of their lived experiences,” Baljit Banga, executive director of Imkaan, tells Stylist.

Dr Fiona Vera-Gray is an assistant sociology professor at Durham University and author of The Right Amount of Panic: How Women Trade Freedom For Safety. She believes that politicians are often averse to funding long-term public awareness campaigns because they don’t produce instant, easily quantifiable results (and so are less likely to help them at the polls).

But, she continues, that’s no reason for the Home Office not to act.

“This isn’t a silver bullet – it’s a commitment to long-term culture change,” she tells Stylist. “If we introduce a public awareness campaign now, in 10 years’ time we’ll be in a very different place.”

Transforming the social norms that underpin male violence against women won’t happen overnight. Progress is a long-term process. But every woman deserves a future free from fear – join us to help make it a reality.

How you can help us work towards A Fearless Future

A Fearless Future – Stylist commits to:

SHIFT THE CULTURE Pressure the Home Office to launch a well-funded and ongoing public awareness campaign as part of its new strategy on tackling violence against women and girls, due summer 2021.

RAISE AWARENESS Run an ongoing cross-platform editorial campaign which challenges the attitudes and structures that drive and enable male violence against women, amplifying the experiences of survivors and the work of experts in the field.

WORK TOGETHER Collaborate with Beyond Equality and other partners on editorial and events to talk directly to men about shifting the toxic attitudes and beliefs that underpin male violence against women.