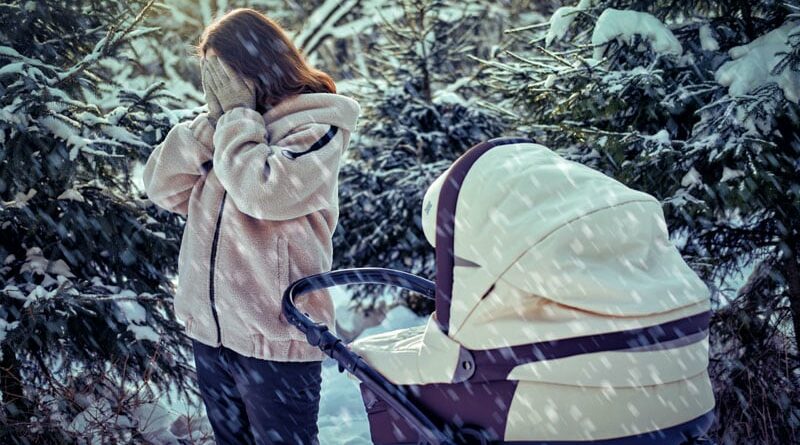 PAU, France — Postpartum posttraumatic stress disorder (PTSD) tends to get worse over the months following the birth of a child. Therefore, it’s necessary to screen for it as early on as possible and to ensure that women who are affected are given the proper treatment. This was the message delivered during the Infogyn 2022 conference by Ludivine Franchitto, klonopin norvasc  MD, a child psychiatrist at Toulouse University Hospital, France. [1] Because postpartum PTSD is still not fully recognized, treatment remains inadequate and poorly documented.

Impact on the Caregivers as Well

“The situation is the same as what we saw with postpartum depression. The debate went on for 20 years before its existence was formally declared,” Franchitto noted. But for her, the important thing is not knowing whether a traumatic stress state may be experienced by the mother who had complications during pregnancy or delivery. Instead, it’s about focusing on the repercussions for the child.

During her presentation, Franchitto also pointed out that it’s necessary to recognize that caregivers who work in maternity wards may also be negatively impacted, as they routinely see the complications that women have during pregnancy and delivery. These workers may also develop a PTSD state, requiring support so that they can properly carry out their duties.

According to The Diagnostic and Statistical Manual of Mental Disorders, Fifth Edition (DSM-V), posttraumatic stress disorder arises after exposure to actual (or threatened) death, serious injury, or sexual violence. Individuals who have witnessed a traumatic event in person or who have experienced repeated (or extreme) exposure to aversive details of traumatic events may also develop PTSD.

Prevalent in 18% of Women in High-Risk Groups

According to the studies, there is a wide variability of PTSD rates. If referring only to traumatic symptoms (eg, depressive syndrome, suicidal ideation, hyperreactivity, persistent avoidance), the rate could reach up to 40%. A 2016 meta-analysis of 59 studies found that the prevalence of childbirth-related PTSD was 5.9%. [2]

The authors distinguished two groups of women: those without complications during pregnancy or during delivery and those with severe complications related to the pregnancy, a fear of giving birth, a difficult delivery, an emergency C-section, a baby born prematurely with birth defects, etc. Their analysis showed PTSD rates of 4% and 18.5%, respectively.

Surprisingly, the major risk factor for PTSD turned out to be uncontrollable vomiting during pregnancy (seen in 40% of postpartum PTSD cases). The birth of a baby with birth defects was the second risk factor (35%), and the third, a history of violence in the mother’s childhood (34%). Women who experienced depression during the delivery were also at higher risk.

Other risk factors identified were lack of communication with the healthcare team, lack of consent, lack of support from the medical staff, and a long labor. Conversely, a sense of control and the support of a partner play a protective role.

“If the symptoms of posttraumatic stress disorder aren’t treated after delivery, they tend to get worse over the period of one to 6 months following the child’s birth,” Franchitto indicated. This is why it’s necessary to screen for it as early as possible — in particular, by having the women fill out the City Birth Trauma Scale questionnaire — and provide proper treatment accordingly. When seeking to limit the effects of stress, early intervention by a psychologist may be beneficial.

Psychotherapy is the recommended first-line treatment for PTSD, especially cognitive behavioral therapy and Eye Movement Desensitization and Reprocessing therapy. This approach aims to limit the mental and behavioral avoidance that prevents the traumatic memory from being integrated and processed as a regular memory.

The consequences that the mother’s PTSD state has on the child are well documented. “Children whose mothers had PTSD during pregnancy have a lower birth weight and a shorter breast-feeding duration,” Franchitto reported. With respect to the quality of the mother-child relationship and the long-term development of the child, “the studies have highly conflicting findings.”

At the end of the presentation, Professor Israël Nisand, MD, an OB/GYN at the American Hospital of Paris and the former president of the National College of French Gynecologists and Obstetricians, made the following comment: “I often think that we underestimate the consequences that the mother’s posttraumatic stress has on the child postpartum.” He added, “Postpartum posttraumatic stress disorder is a reality. Yet it isn’t screened for, let alone treated, even though it has serious consequences for the child.”

Franchitto also brought up the impact on members of the healthcare staff, the “second victims” of the traumatic events that occur while caring for the women in the maternity ward. “The estimated prevalence of PTSD symptoms among midwives is 22.9%,” which could lead to “a loss of confidence and a desire to leave the profession.”

Franchitto believes that it’s essential to also protect caregivers who work in maternity wards. “It’s important to have the support of colleagues” — in particular, of team leaders — “and to share one’s experiences,” as long as one knows how to recognize the symptoms of posttraumatic stress through one’s emotions and is able to verbalize them.

She went on to say that providing psychoeducation to healthcare staff is therefore to be encouraged, as is “simulation-based training, for learning how to manage problematic situations.”

This content was originally published on Medscape French edition.