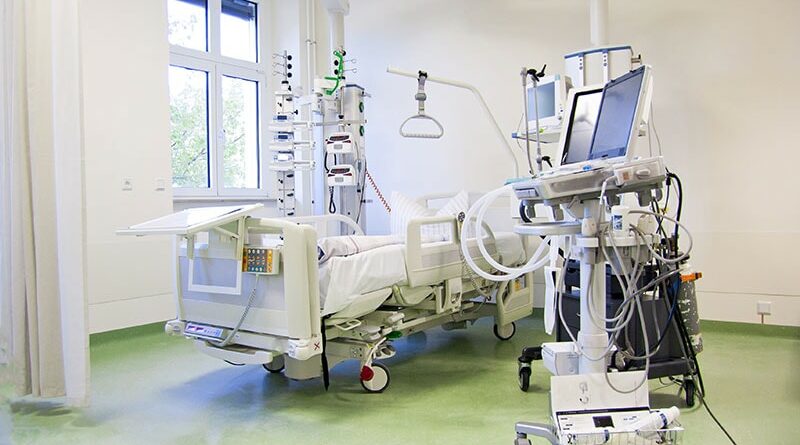 The German Bundestag has reached a decision about the Triage Law. The Association of the Scientific Medical Societies in Germany (AWMF) task force on COVID-19 guidelines, which is a member of the German Interdisciplinary Association for Intensive Care and Emergency Medicine (DIVI), has already taken a stand and has made four clear points of criticism. These points were not considered in the new legislation.

Changing the therapeutic aim is an extremely difficult and complex decision for which we must take a lot of time, and shall do so. Always! The DIVI is of the opinion that it must be worded more precisely to ensure that only experienced intensive care physicians perform the two-person rule.

Medscape: In § 5c, paragraph 2, clause 4 of the IfSG, it states, “Intensive care treatment capacities that are important for survival and that have already been assigned are excluded from the allocation decision.” What does this mean for clinical practice?

Marx: I would first like to clarify that triage is something extremely rare. Even in the difficult times of the pandemic, it did not come to triage in Germany. If you cast your mind back to the start of 2021, in the second wave when a tremendous amount of intensive care unit beds were occupied in several federal states, even then, it did not come to triage. The so-called “shamrock” was activated, and the severely ill patients who could no longer be treated in Bavaria, Thuringia, and Saxony, for example, were allotted to other federal states.

Fortunately, throughout the pandemic, it never got to the point of actually finding ourselves in a triage situation and therefore having to make decisions about life and death. Yes, the word “triage” was sometimes used incorrectly in my opinion, if for example, a prioritization of care was being discussed, or the word was misused, also when discussed in the media, to make a headline. But there has never been any triage.

Things were tight at times, no question. We also utilize our intensive care capacities at the University Hospital of Aachen as optimally as possible. But this does not mean that if an emergency patient arrives, we cannot treat them. Tight resources also do not mean that it will get to a triage situation; this must be differentiated.

But let’s suppose that it came to a triage situation. So, I have 10 occupied beds in the ICU, two severely ill patients arrive via the emergency room, but there is only one free bed with ventilation equipment, and both need this equipment.

In this situation, the legislation now dictates that the decision on who gets the equipment may only be between these two patients, i.e., only between who has arrived as an emergency and is assessed as needing intensive care. The 10 patients who were already being treated in the ICU are not considered in the decision.

But this is a very important aspect. In our opinion, and I am speaking here as DIVI president, these patients must also be taken into consideration. This is because such an allocation can only be made based on the chances that the person receiving the intensive care treatment will survive. In the event of doubt, the patient who has the best chance of surviving the intensive care treatment and subsequently returning to everyday life should be prioritized.

Medscape: Do you expect that this de facto ban on ex-post prioritization will lead to more avoidable deaths?

Marx: The risk of it leading to more avoidable deaths will at least be higher. This is because on the one hand we would be further treating those patients whose chances of survival are lower, and at the same time, a patient potentially dies who had a higher chance of surviving the intensive care treatment, only because they arrived at the hospital later than the other patient.

Hypothetically, the case could arise that I am currently treating someone whose chances of survival are not very high, in any case are lower than that of the patient who I would have just admitted if I had another free set of ventilation equipment. For this reason, it is possible that both may die. Those who I do not treat, or cannot treat, and those who just don’t have a high chance of survival.

Medscape: When implemented, does the law then simply mean “first come, first served”?

Marx: In some respects, sure. Because it simply means that if I have the ventilation equipment, I will use it. And if they are all in use, then I have to make a kind of choice between the new, severely ill patients.

This also means that if I still have one free, and only one patient arrives, I do not have to make a choice, I can treat them. But if another patient comes shortly afterward, and then another, I cannot treat either of them, regardless of the prognosis we as the intensive care team would give these patients. This is because in this situation, I would not have any capacity left and would have to see whether I could accommodate them elsewhere. In an absolute overload situation, this would be impossible, and I would be condemned to doing nothing.

Medscape: Should there be a triage situation and the regulation comes into effect, would this also make adjustments to therapeutic aims more difficult?

Marx: A lot of intensive care physicians are already worried about this. Due to the new legislation, if you make any changes to a therapeutic aim, you could find yourself in the middle of a legal dispute more quickly than was previously the case, yes.

What is perfectly clear, however is that changes to the therapeutic aim are definitely one of the most difficult decisions we have to make. It is a decision process that you do not go through without all treating professional groups jointly determining the patients’ wishes and all parameters.

Changing the therapeutic aim is an extremely difficult and complex decision for which we must take a lot of time and shall do so. Always!

Medscape: You also criticize the legislation’s rather imprecise wording around the two-person rule and have a suggested solution ready. What is it?

Marx: Should it come down to a triage decision, the two-person rule comes into effect. Only very experienced physicians should be included in a decision about life and death, which is good. They must be colleagues with defined qualification, so a specialist with an additional qualification in intensive care medicine. These physicians must have also demonstrated at least 24 months of experience in the ICU and have completed a corresponding exam. The chambers have precisely regulated what a physician must achieve before this additional qualification is granted.

Still, according to the legislation, this aspect would only be conditionally implemented in a triage situation. Let us assume that a situation arises on a Saturday night in a facility providing basic and regular care that necessitates the two-person rule. However, there is usually only one physician with this qualification at such an ICU. Therefore, our suggestion is that a second physician would then be contacted through telemedicine.