WASHINGTON (Reuters) – U.S. District Judge Amy Berman Jackson remained silent last week when President Donald Trump attacked the prosecutors, the jurors and her personally for their roles in the trial of his long-time friend and adviser Roger Stone. 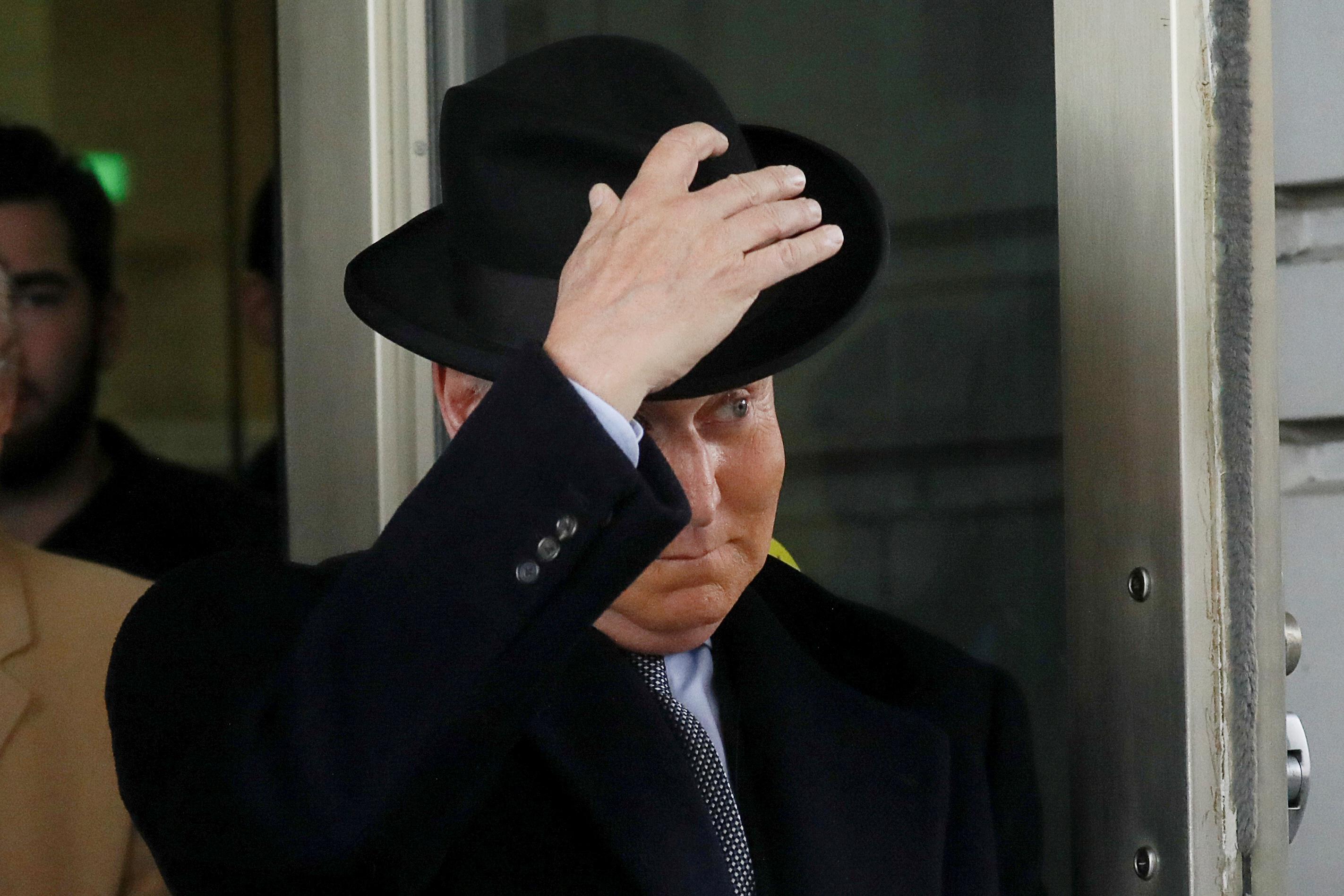 But the judge did not hold back on Thursday when she sentenced Stone to three years and four months in prison for lying to a congressional committee investigating Russian interference in the 2016 U.S. election, obstruction of justice and witness tampering. Jackson said Stone showed “flagrant” disrespect for the proceedings.

The 65-year-old jurist, without mentioning Trump by name, called his attempts to influence the case “inappropriate” and said he did not sway her decision. Jackson also blasted Stone’s behavior during the proceedings, which included a social media post that looked like a gun’s crosshairs over her head.

Jackson took aim at Attorney General William Barr, a Trump appointee, and other senior Justice Department officials for their decision to overrule prosecutors last week to seek a lighter sentence for the veteran Republican operative after Trump publicly complained about the case.

“I fear that you know less about the case … than just about every other person in this courtroom,” Jackson told prosecutor John Crabb, named to take over the case after his four colleagues quit it in protest.

Crabb apologized for “the confusion” the government caused and called the prosecution of Stone “righteous” even as Trump called it unfair. Crabb added that the department “is committed to enforcing the law without fear, favor or political influence.” Democrats accused Trump and Barr of politicizing the criminal justice system.

“Roger Stone will not be sentenced for who his friends are, or who his enemies are,” Jackson said about the self-described “dirty trickster.”

“The defendant lied about a matter of great national and international significance,” the judge added. “… This is not just Roger being Roger.”

“Trump’s attempt to bully a federal judge falls flat. His Attorney General may be his puppet, but the judiciary is still independent,” Democratic Senator Richard Blumenthal wrote on Twitter.

She handed out prison or jail sentences to Trump’s former campaign chairman Paul Manafort, his deputy campaign chairman Rick Gates and Alex van der Zwaan, a lawyer who once worked closely with Manafort and Gates.

Both Manafort and Stone tested Jackson’s patience, repeatedly violating her orders not to publicly discuss their cases.

Jackson ordered Manafort to be jailed before his trial after prosecutors provided evidence he tampered with a witness. She later ruled he breached his plea agreement by lying to prosecutors. Jackson penalized Stone in her sentencing decision for posting the crosshairs image, saying his behavior wasted the court’s time and created security concerns.

But even as she sentenced Stone to prison, Jackson made clear there are limits to her power.

“I am not passing judgment today on Roger Stone as a man,” she said. “That falls to a higher authority.”