Nadhim Zahawi: It’s my first day in the job

A baffled Mr Campbell exclaimed: “Sorry, did you just say that Boris Johnson is one the most successful Prime Ministers of this century?

Mr Campbell: “Based upon what?”

Mr Burley cut him off saying: “He’s achieved a majority.”

Mr Campbell interjected: “Kay, I know you’ve got to sort of play devil’s advocate a little bit. He beat Jeremy Corbyn in the general election. 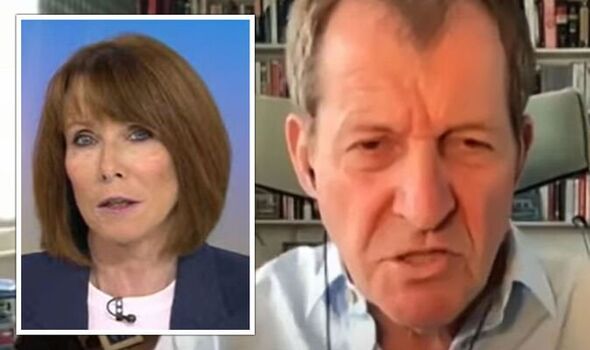 “He told a pack of lies to win a general election to pass an up-and-ready Brexit deal. He’s achieved literally nothing. The economy is going backwards.

“The Covid vaccine rollout that he claims credit for, as I know from people Oxford unity with the university was done despite the government rather than because of it.

“He paradeshis as a global leader on Ukraine, whoich he uses only for his own survival. We are a mess as a country. His Brexit is one flagship thing.

“He’s going disastrously wrong. Honestly Kay, you have credibility for heaven’s sake. For you to say Boris Johnson is one the greatest Prime Ministers of this century…”