Angela Rayner was questioned by phone-in caller Rob on which Tory leadership candidate she feared most. The Labour Deputy Leader claimed to be happy with any of them taking over from Boris Johnson. Ms Rayner then went on to talk about Mr Johnson and said he had magic, due to the fact that he was able to get through to the British public. And she went on to claim that the leadership contestants running to take his place did not have the same Teflon coating as Mr Johnson.

LBC phone-in caller Rob said: “Which of the Tory candidates that you would most fear? Standing against in a general election or up in Parliament “

“Because the one thing and I kind of could see it but I always thought that Boris Johnson was a bit of a fraud.

“He had this, like, Teflon coating, he had this sheen that people sort of… I don’t know.

“And the one thing that is good is I hope none of them will debase politics as much as Boris Johnson has because Boris had so much going for him. He got an 80-seat majority and the country was really behind him I felt.

“Not that I agreed with it but I felt the country was really behind him, and he just squandered all of that goodwill. 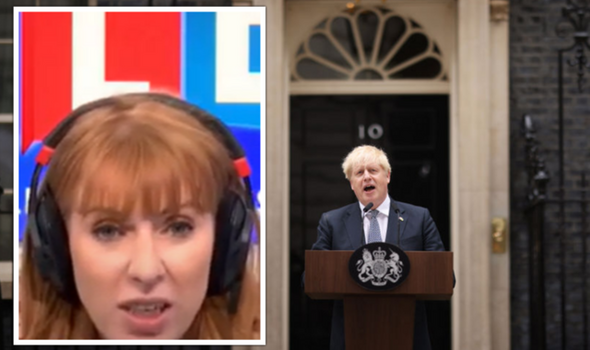