Home » Politics » ‘Are you a shameless criminal?’ P&O boss left squirming in toe-curling grilling by MPs 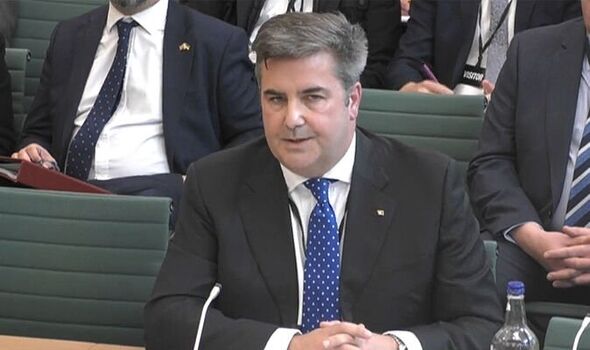 Members of the transport and business select committees unleashed a scathing assassination of the behaviour of the ferry operator after nearly 800 employees were sacked last week.

The company was accused of breaking the law by terminating contracts of hard-working Britons overnight with no consultation.

Summoned to give evidence in Parliament today, P&O’s chief executive Peter Hebblethwaite was left wriggling in his seat as he was lambasted by MPs for the company’s actions.

Earning a basic salary of £325,000 a year, the company boss received multiple tongue-lashings as the politicians lined up to attack the actions of his company.

Opening proceedings, Labour’s Darren Jones asked: “Are you in this mess because you don’t know what you’re doing, or are you just a shameless criminal?”

Offering a mealy-mouthed apology for P&O’s actions, Mr Hebblethwaite replied: “Can I start these with an apology?

“You may see this as a late apology and I just want to reassure you the reason that you’re hearing this for the first time today is because I’ve spent the last week in the business, talking to our people one to one.”