For many mothers newly burdened by the pandemic, resentment lingers that the government is helping too late. Both political parties are now trying to court them. 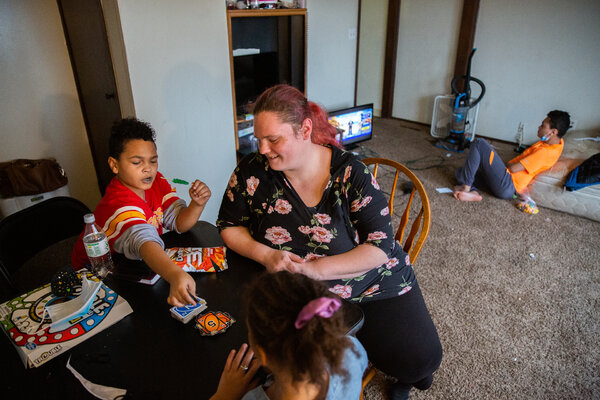 By Lisa Lerer and Jennifer Medina

Last March, as most of America worried about getting sick, Kate Farley had a different, urgent concern: having a baby amid a pandemic.

The months after the birth of her third child were a blur of sleepless nights, followed by days spent managing remote school for her kindergartner, struggling to entertain her preschooler and setting up a classroom in her Middletown, N.J., home. By the time Ms. Farley returned to work in August, the 36-year-old lawyer had become convinced that politicians in both parties didn’t really care about the country’s mothers.

“My feeling was the government was doing nothing to help parents,” said Ms. Farley, who started an effort to press local officials to reopen schools. “There was a lot of talk and a lot of articles about moms bearing the brunt, but nothing was done.”

Now, a year later, Ms. Farley’s children are back in school and day care. But she still has a hard time trusting what politicians say about helping families.

“It just feels like children’s lives and mothers’ lives are something that can be manipulated,” said Ms. Farley, who describes herself politically as an independent.

As President Biden prepares to announce a major infrastructure proposal on Wednesday that is expected to include significant child care aid, on top of the financial support for families included in the $1.9 trillion stimulus plan, parents across America are weighing these new attempts to help against a year’s worth of anxiety, exhaustion and logistical nightmares of patchwork schooling. For many parents, there are no real feelings of relief yet, and resentment lingers that the government is helping too late.

This is especially true for many American mothers: Almost one million had left the work force as of late last year, while nearly a quarter of children experienced food insecurity in 2020 and more than three-quarters of parents say the uncertainty around the current school year caused them stress. It is a strained and wary demographic — but also one that both political parties are trying to court with competing messages about pandemic relief. 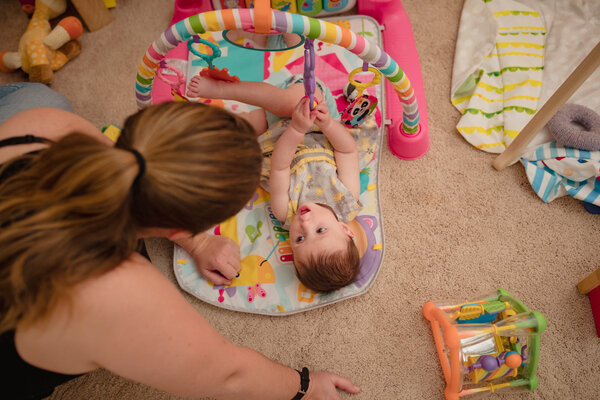 Republicans are casting Democrats as unwilling to move quickly enough to reopen schools and the economy, saying they are kowtowing to the teachers’ unions. Democrats, in turn, hope to appeal to mothers with the “human infrastructure” package that Mr. Biden will announce Wednesday. Proposals under consideration include universal pre-K education, a national paid leave program and efforts to reduce child care costs.

Passage of such costly plans won’t be easy, given the Democrats’ narrow control of both chambers of Congress and the aversion of some moderates to pushing through another expansive package without Republican support. The suspicions of mothers like Ms. Farley may be borne out in the coming political debate, if Democrats end up favoring spending on roads and bridges over the child care aid.