The Australian representative met with International Trade Secretary Liz Truss on Thursday to continue negotiations for a new post-Brexit trade deal between Australia and UK. Mr Tehan dismissed concerns about the length of the talks, insisting negotiations are proceeding towards a “liberalising” agreement between the two nations. Speaking to the Today programme, the Australian politician said: “Liz gave me a very warm welcome and we had very fruitful discussions.

“I was very pleased to be able to sit down and discuss the issues we needed to discuss and work through them.

“I think we made some considerable progress, which was terrific.”

A trade deal with Australia would not only strengthen the relationship the UK shares with the Commonwealth country but would also open doors for the British Government to ask to join the Comprehensive and Progressive Agreement for Trans-Pacific Partnership (CPTPP).

The CPTTP is a major trade agreement between Pacific nations including Australia, New Zealand, Japan, Peru, and Singapore and covers one of the world’s largest free-trade areas. 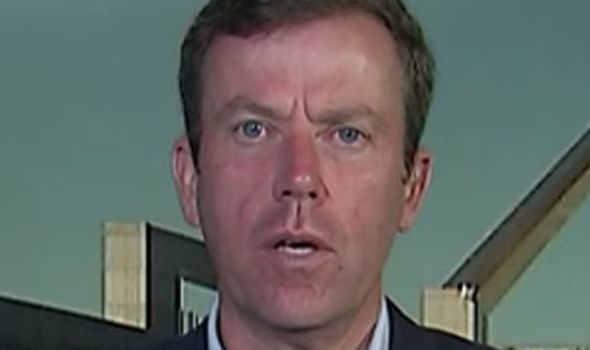 Mr Tehan continued: “We want a truly liberalising agreement and I think that’s in the best interests of both the UK and Australia, that’s what we’re pushing for.

“We’ve got an outstanding record of negotiating free trade agreements. And we think that’s in the best interest of both countries.

“These discussions can take some time but Liz and I are very keen to make sure we put real momentum into the negotiations. We did that.”