Home » BBC’s Chris Mason erupts over criticism of Hartlepool interview ‘Get out more!’

Since his interview with two former Labour voters in Hartlepool on May 9, the BBC Political Correspondent has been facing backlash on Twitter. He has defended himself several times, as many people feel he did not do enough in challenging his interviewees on their claims.

In the BBC Breakfast piece, Mr Mason spoke to Malcolm Gretton, a dissatisfied Labour voter who felt that last week’s elections were the time to make a change.

He said: “Now we’re getting to a stage where you can sort of think for yourself.

“We’ve had enough of Labour, they’ve just wrecked it – everything.”

Mr Gretton went on to make several allegations about how the Labour Party had negatively impacted Hartlepool, which Mr Mason did not challenge. 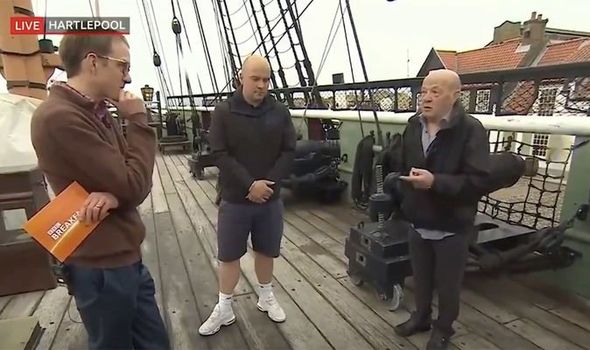 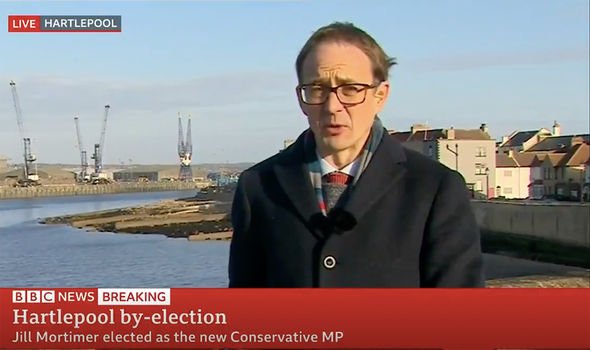 This left some viewers outraged, with criticism continuing throughout the week. Many left-wingers have blamed the town’s woes on the Conservative Government.

Just yesterday, Mr Mason responded to the latest viral tweet about the video.

Alongside a clip of the interview, the tweet from theatre director and writer Alex Andreou read: “This is utterly astonishing.

“They blame a party that hasn’t been responsible for any of those things for 11 years, and voted to reward the party that has made them happen. 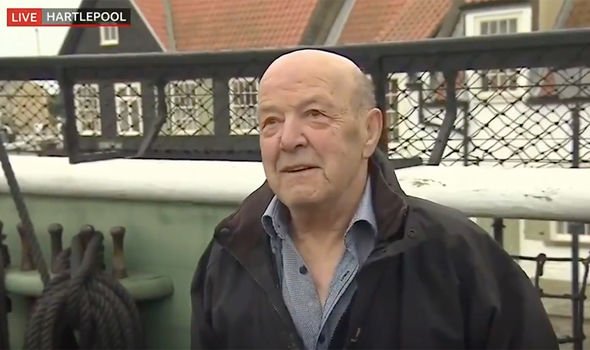 “And the BBC genius that is Chris Mason just nods in agreement.”

Despite Mr Mason clarifying how he handled what happened numerous times already, he responded to the tweet to clear things up once again.

He said: “Hi Alex, I know how much you love your retweets. But you wouldn’t be astonished if you got out more and turned off Twitter. Among dozens I spoke to, the length of Conservative government — and the cuts of earlier years — referred to earlier in the same report, aren’t….

“…the main issue. It’s the arrival of Boris Johnson as PM and a Conservative mayor in the region. My journalistic aim here is not to hold to account; people can vote for whoever they like. It’s to understand why people have switched.

The latest tweets have reignited the discussion about the interview online. 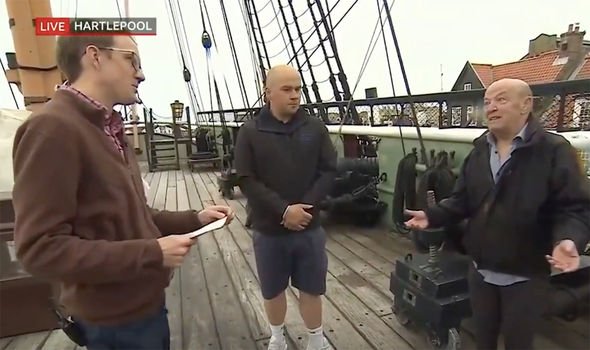 One said: “Chris, it wouldn’t have hurt to ask the question thousands no doubt were screaming at the box “how can you hold Labour responsible for closing hospitals, reducing police forces when there’s been 10 years of Tory government cut backs?” Nonsense has to be challenged!”

Another added: “There has always been a difference between reporting and commentating. I can not recall a time when members of the public were held to account in the street for their political views by reporters- it would be pretty weird if they were. Where has this idea come from?”

A third said: “A key part of the BBC’s remit is to educate.

“Letting it be known that Labour hadn’t been in power for 11 years and most of the cuts mentioned are dictated by Central government and beyond the control of local councils would simply be doing your job.”

A fourth added: “For all those getting annoyed about this, it’s just a clip and comments about length of government etc were covered earlier in report.”