The new priorities, which also give agents broad case-by-case discretion, attempt to undo the indiscriminate immigration arrest policies of the Trump administration. 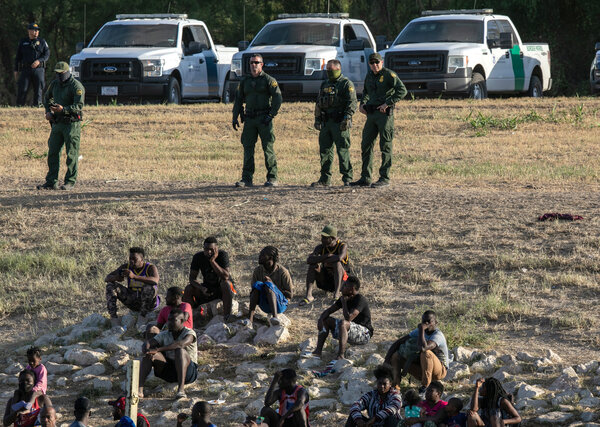 WASHINGTON — The Biden administration published new guidelines on Thursday for which undocumented immigrants should be prioritized for arrest, giving Immigration and Customs Enforcement agents broad discretion while directing them to focus on people who pose threats to public safety and national security.

The priorities are designed to further undo the indiscriminate immigration arrest policies of the Trump administration, instead directing immigration officers to focus on each person rather than categories of offenses.

Such considerations include the seriousness of a past offense, what kind of harm it caused and whether a firearm was involved. Under the guidelines, agents should also consider “advanced or tender age” as a mitigating factor. Other considerations should include the impact that arresting and eventually deporting someone would have on the person’s family.

But some immigration advocates said the new guidelines gave agents too much discretion, and did not make clear enough what precisely makes someone an arrest priority.

The memo released Thursday replaces interim guidance issued at the beginning of the Biden administration that has faced legal challenges.

“The interim guidance provided clearer boundaries about what agents should do or not do, and a clearer process on how to apply them,” said Lena Graber, a senior staff attorney at the Immigrant Legal Resource Center. “This new policy removes those boundaries.”

Early in his administration, President Donald J. Trump rejected the policies of his predecessor on immigration enforcement and instead set out to arrest any noncitizen who was in the country without authorization, to speed deportations and to enlist local law enforcement more often to help enforce immigration law. Mr. Trump’s first press secretary, Sean Spicer, said the president wanted to “take the shackles” off ICE agents, which some agents at the time said was a welcome change.