Home » Politics » Biden names his picks for ambassador to Mexico and Israel. 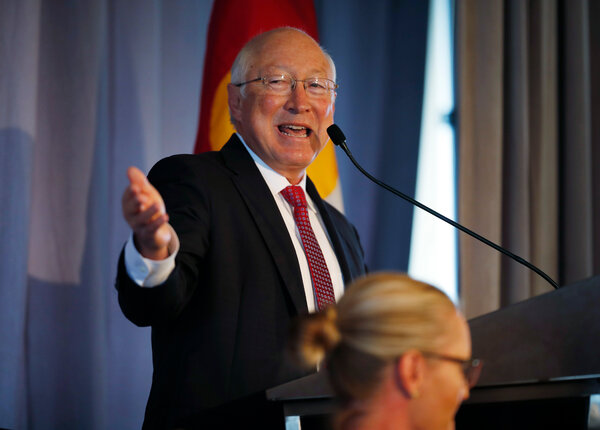 President Biden on Tuesday announced his long-awaited first slate of ambassadors, including his nominees for key posts in Mexico and Israel, as he made his first trip abroad since taking office.

As was expected, Mr. Biden announced he was nominating Ken Salazar, a former senator of Colorado who served as secretary of the Interior Department in the Obama administration, as ambassador to Mexico, and Thomas R. Nides, a vice chairman at Morgan Stanley who served as a deputy secretary of state under President Barack Obama, as ambassador to Israel.

The official announcements of the long-rumored nominations came as Mr. Biden traveled to Europe with the goal of demonstrating to global leaders that “America is back at the table.” Mr. Nides’s nomination also came just days after a new government took power in Israel, opening up the possibility of a less contentious relationship with the Biden administration.

Middle East experts praised the selection of Mr. Nides. “He has the relationships to quickly get access to the very top of the administration at the White House and the State Department,” said Ilan Goldenberg, a former Obama administration official who is now director of the Middle East Security program at the Center for a New American Security.

Mr. Biden on Tuesday also announced that Chesley B. Sullenberger III, the pilot who executed a water landing off Midtown Manhattan after a dual engine failure brought his plane plummeting toward earth, as his nominee for ambassador to the International Civil Aviation Organization.