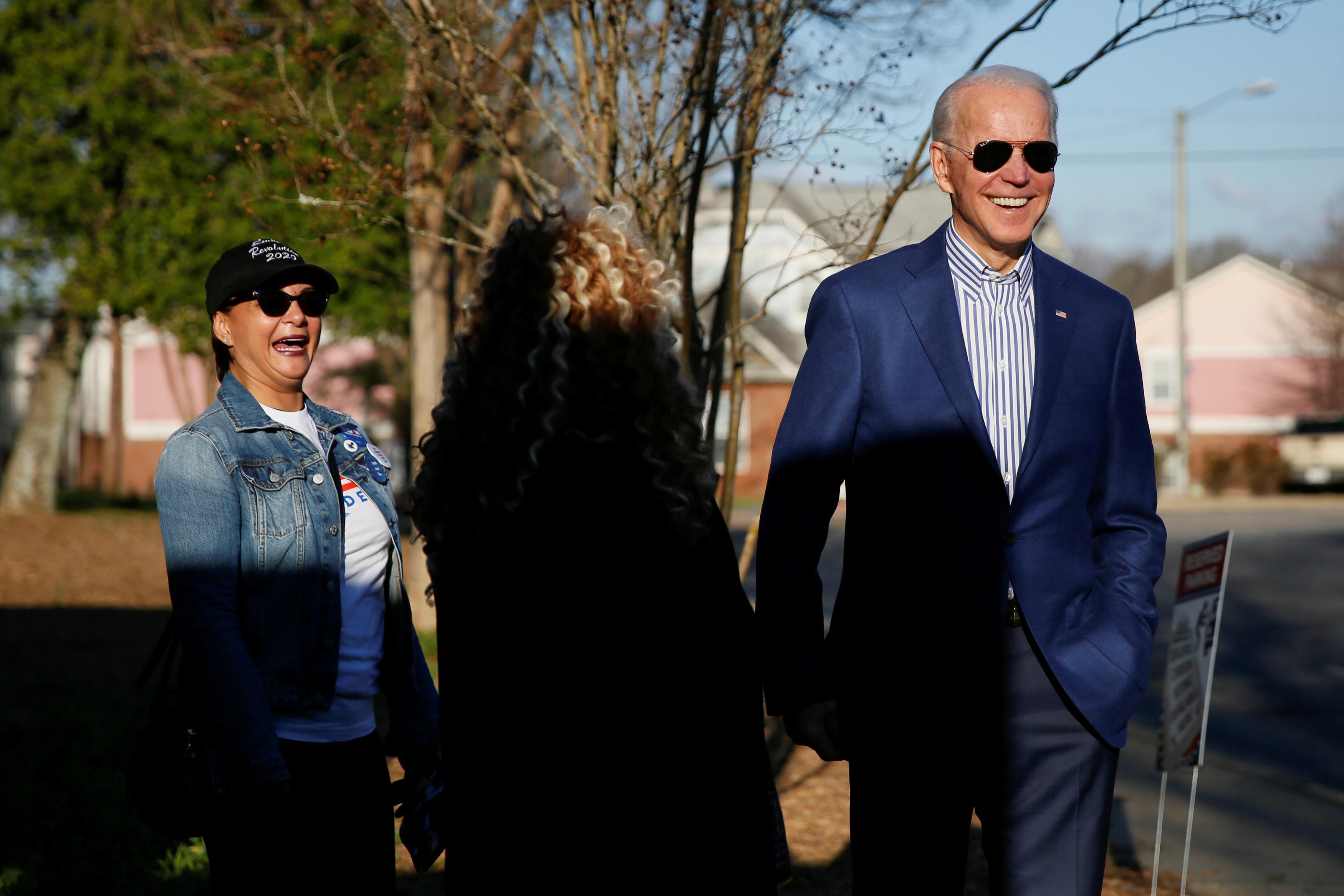 (Reuters) – Former U.S. Vice President Joe Biden is projected to win the South Carolina Democratic presidential primary on Saturday and is expected to defeat rival Bernie Sanders decisively for his first victory of the 2020 election campaign, according an analysis of exit polls by Edison Research.

Biden’s bid to challenge Republican President Donald Trump in the November election has been gaining steam in recent weeks after lackluster finishes in the first two primary states, Iowa and New Hampshire. He finished second to Sanders in the third contest in Nevada.

In three days the primary turns to Super Tuesday, when 14 states and one territory will vote, awarding one-third of the delegates available to secure the Democratic nomination.