GREENVILLE, S.C (Reuters) – Former Vice President Joe Biden is seeking a decisive win in South Carolina’s Democratic primary election on Saturday to resuscitate his presidential hopes, while Bernie Sanders aims to cement his status as the front-runner for the party’s nomination. 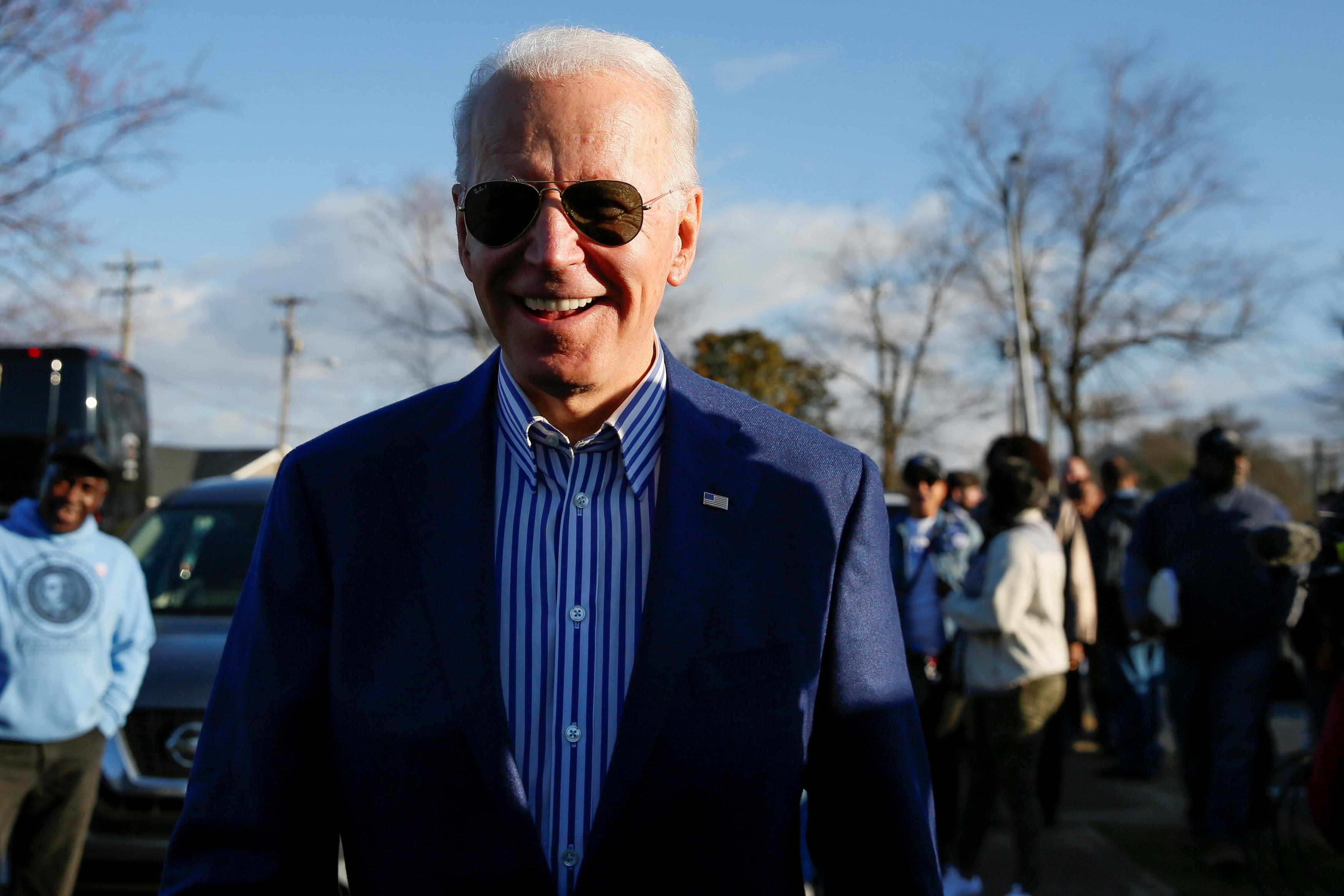 The nominating contest in South Carolina, the fourth state to weigh in on which Democrat will face Republican President Donald Trump in November, is taking place just three days before the Super Tuesday elections in 14 states, which will award one-third of the available national delegates in a single day.

South Carolina, where African Americans account for 60% of the Democratic electorate, is seen as a final stand for Biden, the one-time front-runner who faltered in national polls after poor showings in Iowa and New Hampshire.

His second-place finish in Nevada’s caucuses a week ago – while still far behind Sanders, a U.S. senator from Vermont – provided his campaign fresh momentum, and polls show he is well positioned to win South Carolina.

For months, Biden’s campaign has argued the state would serve as a “firewall” given his strength among African-American voters, and Biden himself has suggested anything less than a victory would imperil his campaign.

But with Super Tuesday looming, even a comfortable victory in South Carolina might not be enough for Biden to blunt the momentum of Sanders, a self-identified “democratic socialist” whom Democratic Party leaders worry might be too left-wing to beat Trump.

After South Carolina, Biden will also face competition from billionaire former New York City Mayor Michael Bloomberg, who has blanketed the country with half a billion dollars in advertising. Bloomberg skipped the first four states and will be on the ballot for the first time on Tuesday.

“If we win solidly here I think it’s going to raise us a lot of money as well and a lot of enthusiasm,” Biden told reporters as he greeted supporters at a polling place in Greenville, South Carolina, on Saturday.

Sanders, with his unabashed populist message of social and economic justice, has grown stronger with each contest, finishing in a virtual tie for first in Iowa with former South Bend, Indiana, Mayor Pete Buttigieg, before notching a narrow win over Buttigieg in New Hampshire and a decisive victory in Nevada.

Sanders said on Friday he was in “striking distance” in South Carolina.

“We’ve come a long way,” he said at a church hall in Saint George, a town about 50 miles (80 km) northwest of Charleston. “When we started this campaign here in South Carolina, I think we were 25 or 30 points behind. We’ve made up a lot of ground.”

An upset victory could make Sanders hard to beat in his second bid for the White House, four years after losing the Democratic nomination to Hillary Clinton.

Republican activists eager to help Trump urged voters to participate in the Democratic primary to support Sanders, who they view as the easiest candidate for the sitting president to beat. “It’s time to vote and cause some chaos in South Carolina,” organizers of the effort wrote in an email on Saturday.

Biden is not the only candidate for whom South Carolina and Super Tuesday may represent make-or-break moments in what has been a fragmented campaign.

Buttigieg and Senator Amy Klobuchar of Minnesota, who finished third in New Hampshire, have lost ground as the primary calendar has shifted to states with more diverse electorates.

Both have done well with white, educated, moderate Democrats, but have struggled to connect with non-white voters. According to entrance polls of Nevada caucus-goers by Edison Research, Buttigieg received support from just 9% of Latino voters and 2% of black voters, while Klobuchar had 4% of Latino and 3% support from blacks. 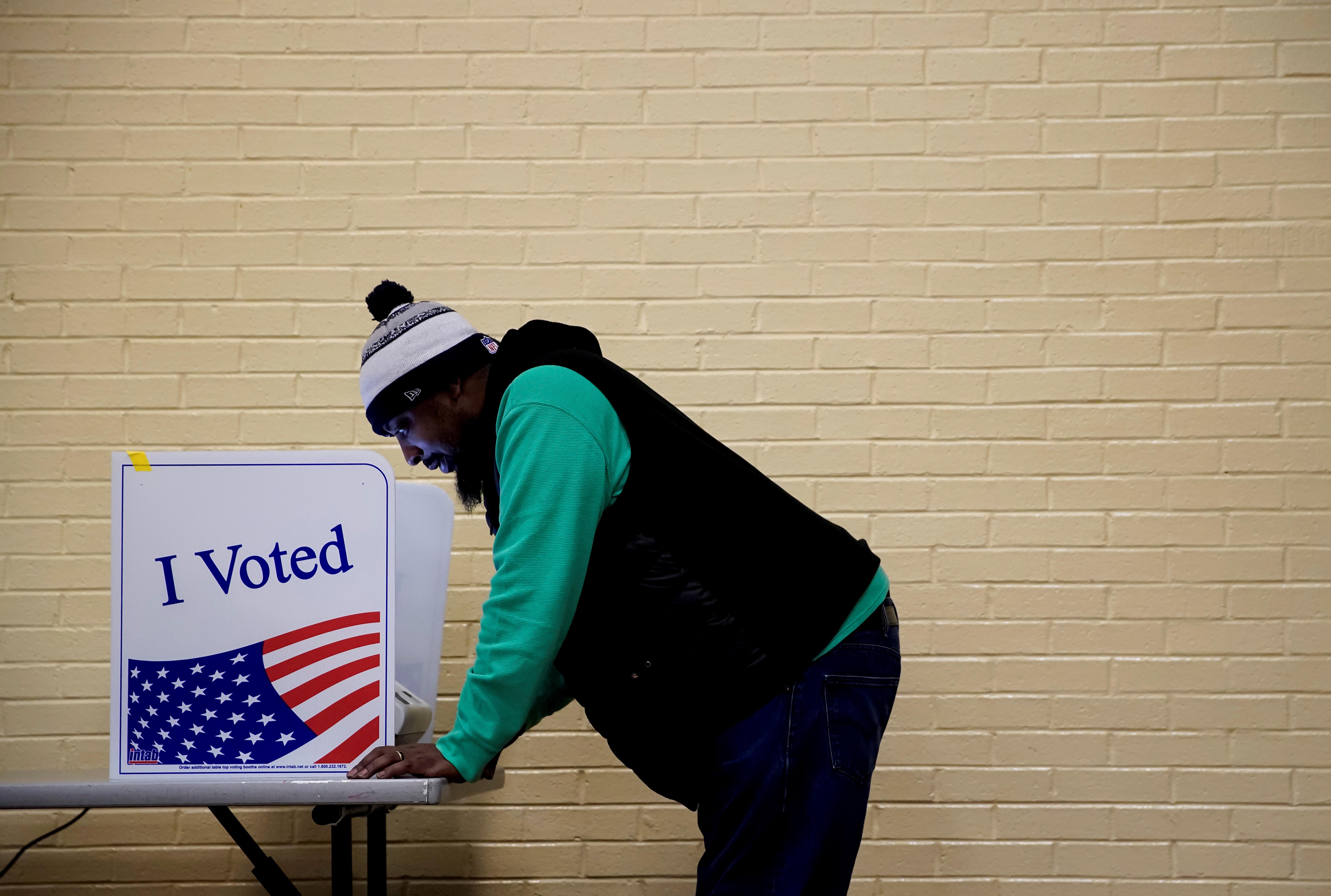 After disappointing finishes in the first three early voting states, Senator Elizabeth Warren is hoping her assertive debate performances of late will translate into electoral success.

Polls suggest they will all come far behind the top three candidates in South Carolina, however.

Tom Steyer, a billionaire-turned-activist, appears likely to finish third on Saturday after spending heavily in South Carolina, but his anemic national polling suggests he will struggle to compete in the Super Tuesday contests.