The Commission complained to the European Court of Justice that the UK was not obeying air pollution while it was still a member. If the bloc’s Luxembourg-based judges rule again Britain, we could be slapped with huge financial penalties. The penalties could include multimillion pound fines if the problem isn’t fixed swiftly.

Under the Brexit Withdrawal Agreement, Brussels can still come after the UK for historic complaints – if they were made before the end of the transition period at the end of last year.

In May 2018, the Commission signalled it would sue Britain – and five other member states – in order to decrease pollution.

Germany, France, Italy, Romania and Hungary were also included in the legal challenge.

It was said the UK had failed meet limits set on nitrogen oxide and particulate matter, which are caused by road traffic, industry, heating and agriculture. 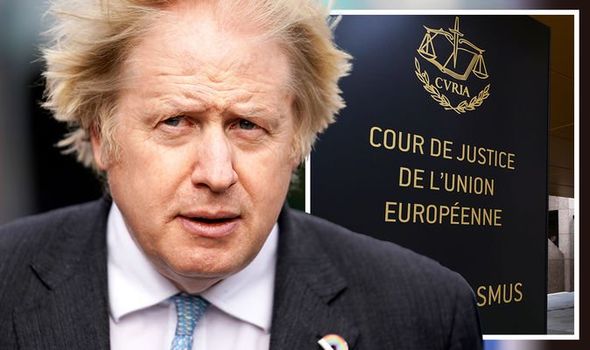 At the time, the EU sent out warning letters to each member state to demand immediate changes before the legal challenge was escalated to the ECJ.

The Commission said the UK had failed to deliver “credible, effective and timely measures to reduce pollution as soon as possible, as required under EU law”.

Toxic air results in more than 400,000 early deaths across Europe each year.

The ECJ’s decision will be announced later this morning.