Home » Black Rod: What is the Black Rod? The bizarre tradition

Black Rod will play an important role in today’s Queen Speech. While today’s event is likely to be very different to normal given the coronavirus pandemic, the traditions associated with unusual Black Rod’s tasks will continue as normal.

The Government will outline its legislative agenda for the new parliamentary session today in the Queen’s Speech.

The public ceremony will be scaled back dramatically due to the ongoing coronavirus pandemic and restrictions which remain in effect.

On May 11, the Queen will undertake her first major public ceremonial duty since her husband, Prince Philip, died on April 9.

The speech has been written for the Quen by Government ministers and typically lasts 10 minutes. 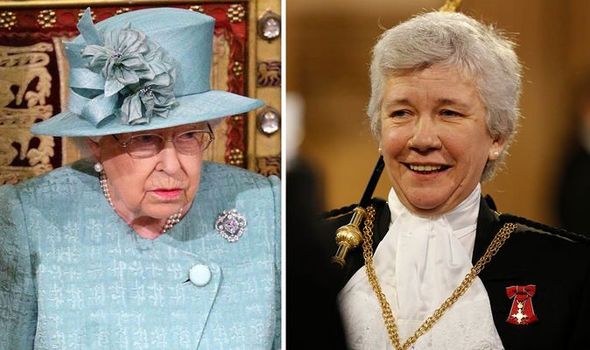 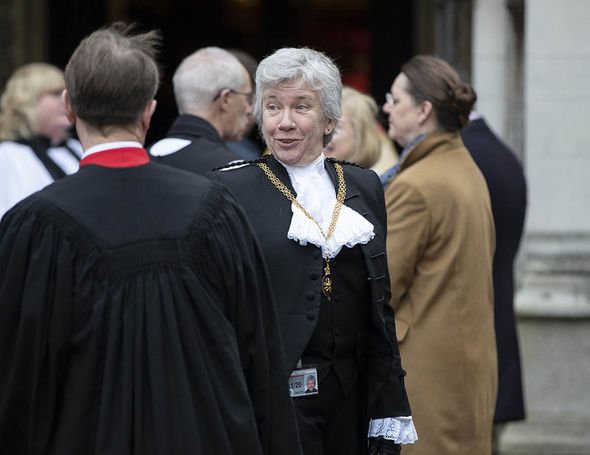 Only 74 people in total will be permitted into the main Lords chamber for the ceremony.

A further 34 MPs and peers will watch the event from the Royal Gallery.

Everyone in attendance must test negative for Covid beforehand and they must wear a mask.

Prime Minister Boris Johnson is expected to use the Queen’s Speech to press ahead with plans to scrap five-year terms between elections, enabling him to call an earlier poll.

In addition, the speech is expected to include around 25 Bills, include proposed reformations to the NHS and a crackdown on crime. 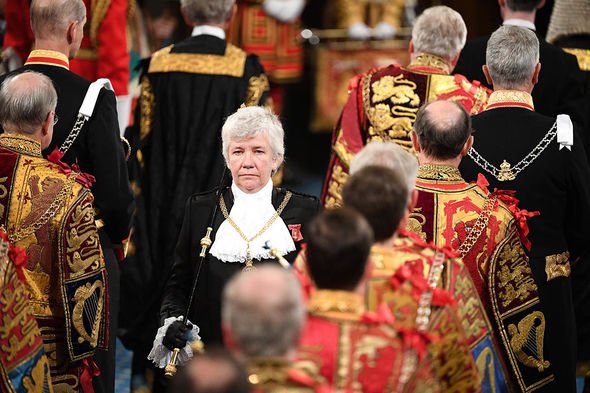 What is the Black Rod?

Alongside many other important members of Parliament, Black Rod will be in attendance during today’s ceremony.

Black Rod, whose full title is the Lady or Gentleman Usher of the Black Rod, is a senior official in the House of Lords.

The incumbent holder of this position is Sarah Clarke, who was appointed to the role on February 12, 2018, and is the first woman to hold the post. 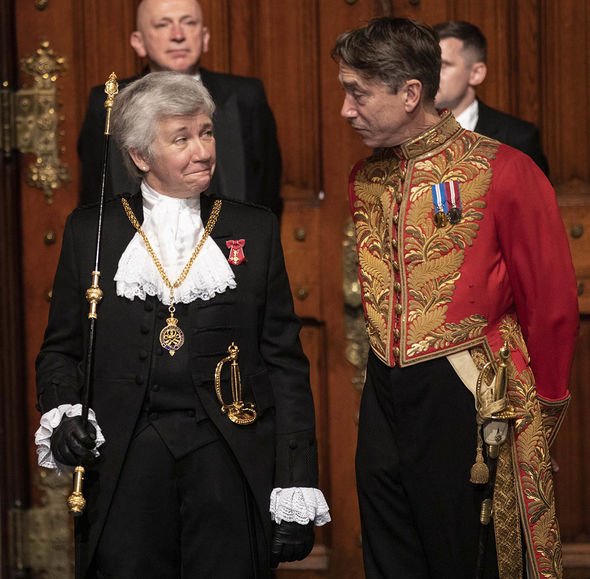 The title Black Rod is given due to the staff the holder carries.

The current staff, which dates from 1883, is made of ebony and is topped with a golden lion.

It is also emblazoned with the motto “Honi soit qui mal y pense” which translates as “Shame be to him, who evil thinks”. 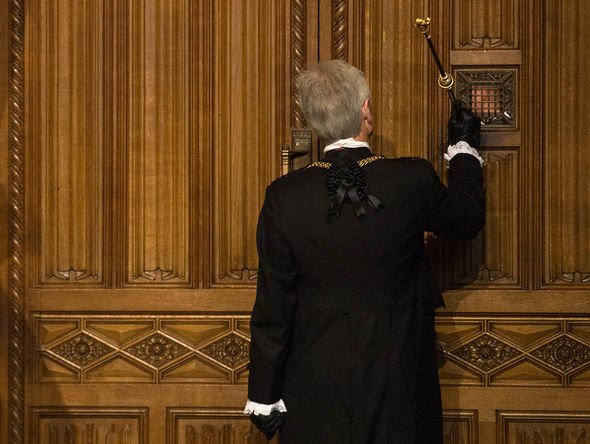 Black Rod is the Monarch’s representative in the Lords and is symbolic of the Commons’ independence from the Crown.

Her role is best known for the State Opening of Parliament, when she knocks on the door of the House of Commons to summon MPs for the Queen’s Speech.

When Black Rod summons MPs to the House of Lords to hear the Queen’s Speech, she (or he) has the door to the Commons slammed in her face and has to knock three times to gain entry in a custom which dates back to 1641.

The unusual custom is believed to symbol the Commons’ independence from the Queen and the Lords.

After Black Rod knocks upon the Commons’ door and is admitted.

MPs are requested to attend the Queen’s Speech, after which, MPs pair up and follow Black Rod.

Mr Johnson and Leader of the Opposition Sir Keir Starmer will lead the charge.

MPs are expected to follow behind Black Rod “in a boisterous way” which is supposed to signal their independence – another tradition which dates back to Charles 1, who in 1642 tried to arrest five MPs.

Since this incident, the House of Commons has maintained its right to question the right of the monarch’s representative to enter their chamber, although they cannot bar them from entering with lawful authority.