Carrying on with Boris Johnson a 'gamble' says Edwina Currie

The Prime Minister was rocked on Tuesday by a double Cabinet resignation after Chancellor Rishi Sunak and Health Secretary Sajid Javid left their posts in protest of his leadership. Within 10 minutes of each other, both launched scathing attacks on Mr Johnson’s integrity, with Mr Sunak saying he had resigned because high standards in politics were “worth fighting for” and that “we cannot continue like this”. Meanwhile, Mr Javid said the British people had the right to “expect integrity from their government” and that the Conservative Party was “bigger than any one individual”. The resignations come at a challenging time for the embattled Prime Minister who is facing increasing pressure over the appointment of Christopher Pincher to deputy whip and a 1922 committee plot. However, Mr Johnson told allies that he was determined to fight on, asked by one aide if he would go, he replied: “f*** that”. 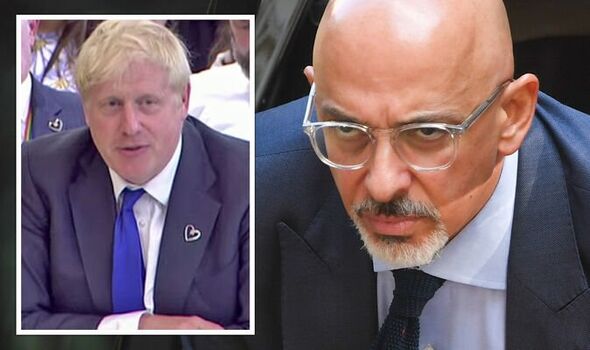 Former Tory vice-chair Bim Afolami, who resigned on Tuesday saying Boris Johnson no longer had his support, said Downing Street’s handling of the Chris Pincher scandal had been “appalling”.

The MP for Hitchin and Harpenden told BBC Radio 4’s Today programme: “The reason why I voted for the Prime Minister (in the confidence ballot) was that he was clear that he felt he earned the right to rebuild trust in him – rebuild trust in the Government – after the issue of parties at Downing Street. I thought that was right, to give him that time.

“But I think that in the last few weeks we’ve seen that things haven’t improved. They’ve got a lot worse.

“I think the behaviour of Downing Street over the Chris Pincher affair was really appalling.

“And I, personally, just couldn’t think I could defend that sort of behaviour any longer.”

Good morning from London. I’m Tara Fair, I’ll be bringing you all the latest developments on Boris Johnson. Please feel free to get in touch with me as I work if you have a story or tips to share! Your thoughts are always welcome.