Home » Politics » Boris Johnson REVIEW: Best and worst of PM who has had to roll with the punches 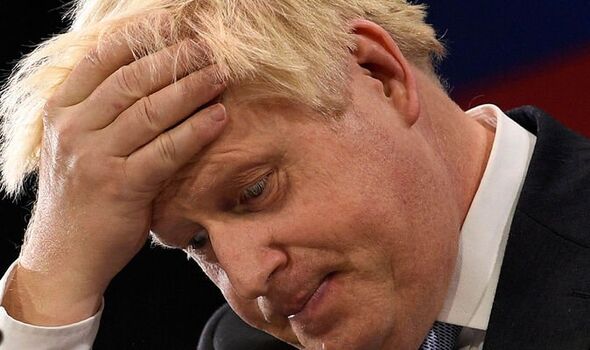 BREXIT: To coin a phrase, Boris Johnson got Brexit done. Unlike his predecessor Theresa May he was able to push the deal over the line just months after becoming Prime Minister.

ELECTION: Mr Johnson led the Tories to victory in December 2019, winning a parliamentary majority of 80 seats.

The landslide saw the Tories redraw the electoral map by taking Labour “Red Wall” constituencies in the North.

Despite criticism over his initial response to the pandemic, recent World Health Organisation figures show the UK had a lower excess death rate from Covid-19 than Italy, Germany and Spain.

ECONOMY: Despite the economic shock caused by the pandemic Mr Johnson and Chancellor Rishi Sunak kept the country afloat with a colossal state bailout.

They have nursed the economy back to health with employment at a record high.

UKRAINE: Mr Johnson has led Western efforts in supporting Ukraine before and since the Russian invasion, winning many admirers around the world.

PARTYGATE: Mr Johnson has been battered by a saga over revelling in Downing Street during the lockdowns.

He became the first Prime Minister to be found guilty of breaking the law after being fined over a Cabinet room party.

SLEAZE: His efforts to rewrite the Commons standards rules after former Cabinet minister Owen Paterson was found to have breached the ban on paid lobbying led to the first serious questioning of his position in November.